Grand Mound near International Falls and Split Rock Lighthouse along the North Shore of Lake Superior are among 14 new designations announced by the Secretary of the Interior on June 23, 2011.

National Historic Landmarks are chosen because they possess exceptional value or quality in illustrating or interpreting the heritage of the United States.  According to the National Park Service, which administers the program on behalf of the Department of the Interior, they are “exceptional places that form a common bond between all Americans.”

Split Rock Lighthouse joins an elite group, becoming only the 12th lighthouse to be designated a National Historic Landmark and only the second one on the shores of the Great Lakes. 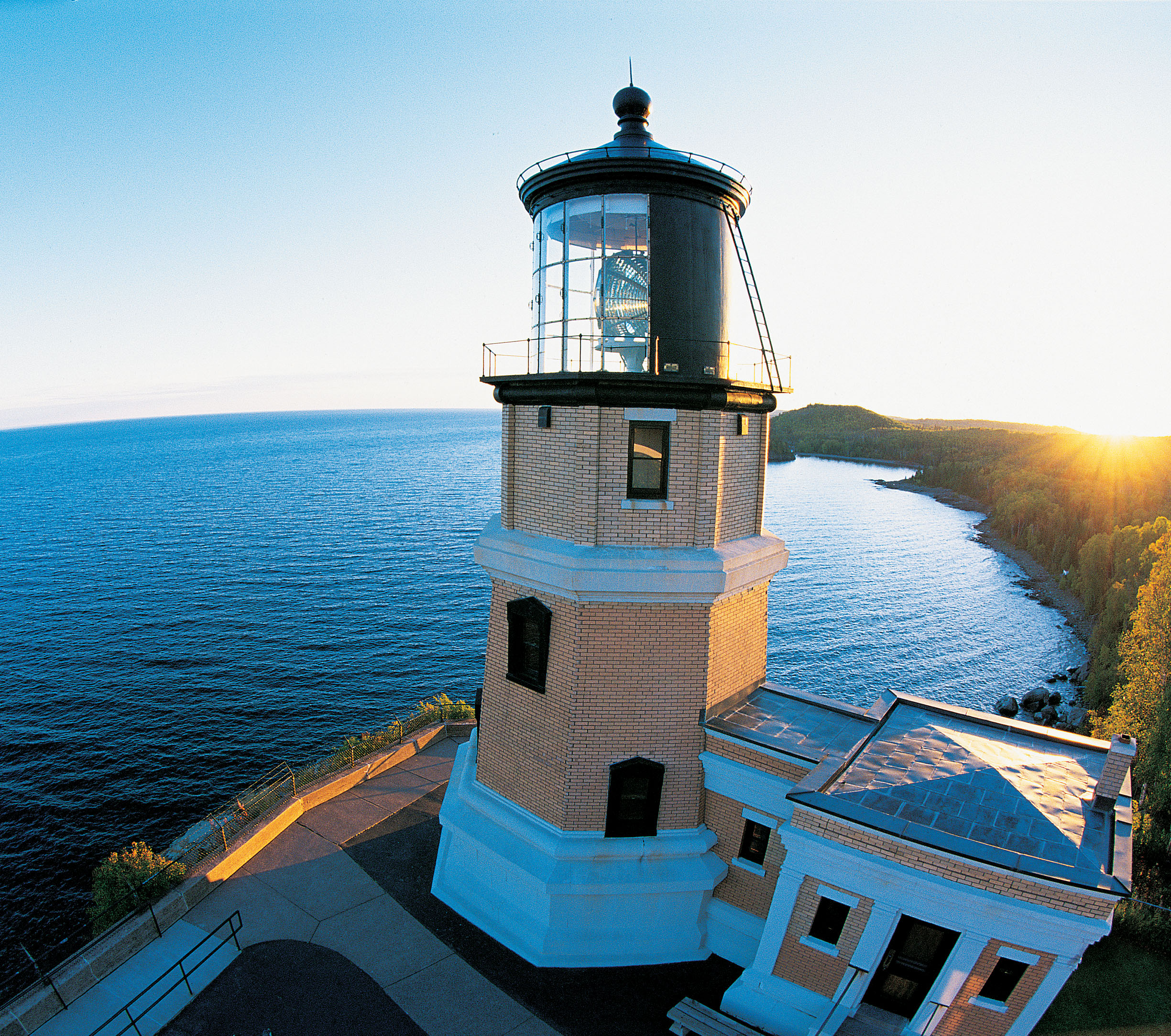 Lee Radzak, historic site manager says, "The story of Split Rock Lighthouse and its connection with the iron ore trade and Great Lakes shipping is meaningful to all Americans." Indeed, the opening of the Great Lakes waterways allowed "an explosion of commercial growth that rivaled eastern predecessors" according to National Park Service historian Dena Sanford. With more than 300 lighthouses once operating on the American side of the Great Lakes, she imagines that more Great Lakes lighthouses will be designated and that the "Split Rock light nomination sets the bar high."

Split Rock Lighthouse was completed in 1910 following a deadly storm in 1905 that damaged or destroyed nearly thirty ships. The light station served as a navigational aid until it was decommissioned in 1969. The light station is now operated as a historic site by the Minnesota Historical Society and is open to the public daily from 10 a.m. to 6 p.m. in late spring through fall.

Split Rock Lighthouse also earned National Historic Landmark status because it is a rare example of Great Lakes light stations designed as a single, cohesive and self-sufficient complex and because it appears virtually the same as it did when it was completed in 1910.

Grand Mound Historic Site near International Falls is the heart of an interconnected archaeological landscape of burial mounds, seasonal villages and sturgeon fishing sites going back to 200 BC.

The five earthworks at the site are part of a chain of more than 20 ancient mounds located along the Rainy River from Lake of the Woods, Ontario, Canada to International Falls, Minnesota. Grand Mound is the largest surviving prehistoric structure in the Upper Midwest measuring 140 feet long, 100 feet wide and 25 feet high. A low 200-foot linear "tail" of the mound was discovered in the mid-1990s.

Society archaeologist David Mather calls the site a "sacred monument of the peoples who lived and honored their ancestors along the juncture of the Big Fork and Rainy Rivers."

In addition to its cultural significance, Grand Mound was selected for National Historic Landmark status because of the remarkable archaeology of the ancient village, which was built up in layers through centuries of periodic floods. The site is also significant because of the unique shape and integrity of the Grand Mound itself. According to Mather "The large mound with its linear extension is an effigy that may represent an ancient story of the world’s creation. Because of its location in a low lying, seasonally inundated floodplain, the Society’s work to protect this historic site from future erosion or other damage is paramount."

Grand Mound is not open to the public but is preserved and maintained by the Minnesota Historical Society.

The National Historic Landmarks program, established in 1935, is administered by the National Park Service on behalf of the Secretary of the Interior.