Embracing themes that are as relevant today as they were 75 years ago, Righting a Wrong looks at immigration, prejudice, civil rights, heroism, and what it means to be an American.

This important exhibition from the Smithsonian's National Museum of American History traces the story of those who were incarcerated and the people who survived it, bringing heart-wrenching personal stories, historic objects, and stunning photographs. 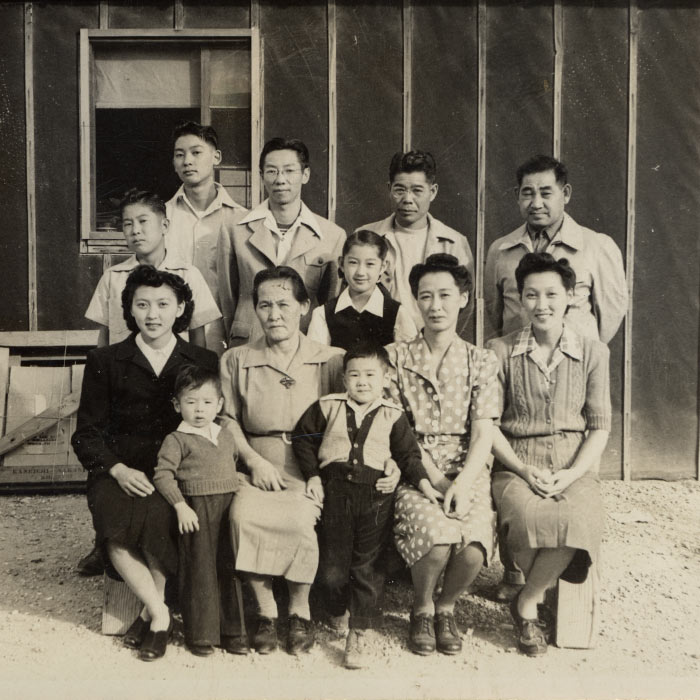 Nakano family and friends at Heart Mountain camp in Wyoming, around 1944. 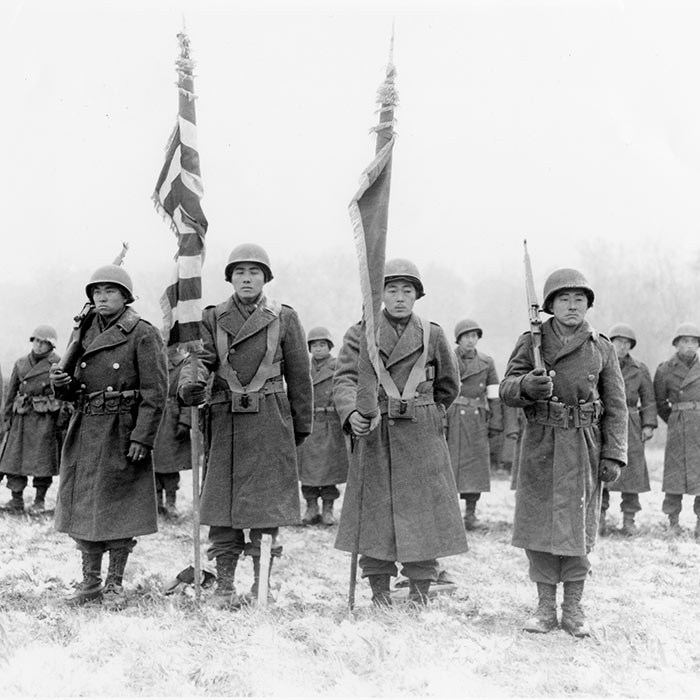 Color guards and color bearers of the Japanese American 442nd Regimental Combat Team, stand at attention, while citations are read near Bruyeres, France, where many of their comrades fell, 1944. Musser, Signal Corps, Courtesy of National Archives. 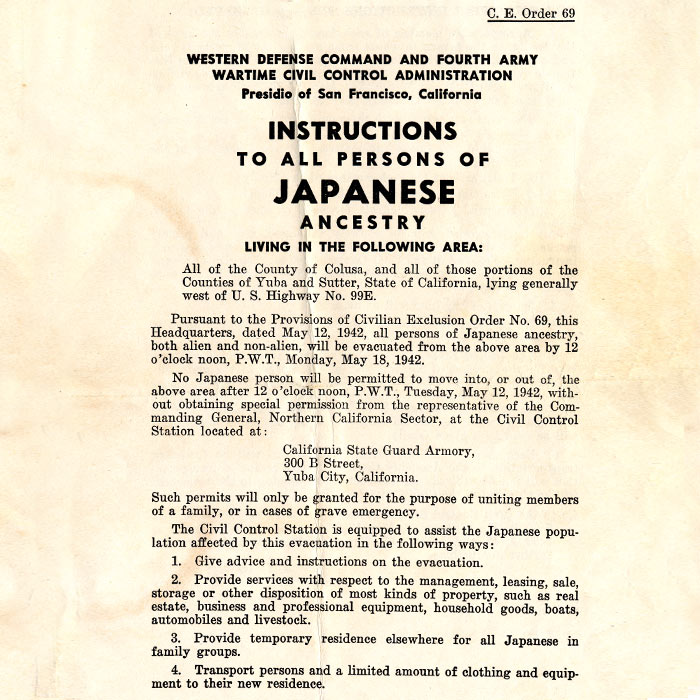