Meetings with descendants of Native American people buried at the sacred site continue through summer. 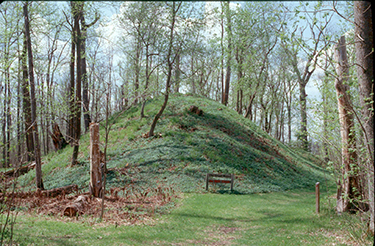 The Minnesota Historical Society (MNHS) will make a decision about reopening Grand Mound historic site this fall, after meeting with Native American communities this summer. So far, 17 communities across the Midwest have provided feedback with two more meetings scheduled. In 2017, MNHS expanded outreach efforts to Native people who may have ancestors buried at the mounds site.

Their input will be considered alongside feedback gathered from local business, civic, educational and cultural leaders to make a decision about access at the site.

“We have to approach this work with the utmost respect,” said Joe Horse Capture, director of Native American Initiatives at MNHS. “There are thousands of human remains buried at the site, and because the site predates the Ojibwe people who live in the area now, it is critical that we speak with as many descendants of the people buried at the mounds as possible to determine its future.”

“After speaking directly with people from more than a dozen communities—including Ojibwe and Dakota in Minnesota, North Dakota, South Dakota, Nebraska and other tribal groups in Canada—it has become increasingly clear that Native people today have strong feelings about this site as a sacred place,” said Mattie Harper, program and outreach manager in the Native American Initiatives department. “Their connections to this place cannot be denied. We need to find a way to be respectful of this place as a burial ground and sacred site. We also want to work with Native partners to find the best ways to share the history of the site with the people of Minnesota through interpretation.”

Once all feedback is gathered, MNHS will make a decision about reopening the site. The decision will also take into account the state of the current visitor center, which is in significant disrepair, and the expected number of annual visitors.

While much work has been done, meeting with additional Native Americans who have ancestral ties to the site, including all seven Ojibwe and four Dakota tribes in Minnesota, is crucial in order to have a full understanding of the importance of this sacred place.

MNHS closed the site to the public in 2002 due to budget cuts, but has continued to preserve and care for the historic mounds.