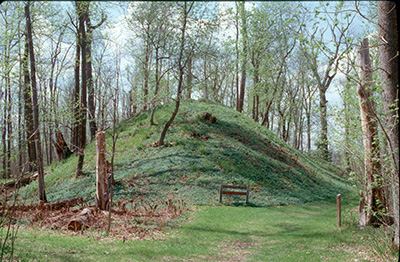 ST. PAUL, Minn. (Oct. 26, 2018) - The Minnesota Historical Society (MNHS) decided yesterday to keep the Grand Mound Historic Site closed to the general public, following the wishes of descendants of Native Americans who are buried at the sacred site. The site will be accessible to Native Americans for ceremonial and educational purposes.

“This site is first and foremost a burial ground with thousands of human remains still interred there,” said Joe Horse Capture, director of Native American Initiatives at MNHS. “This decision honors Native ancestors and ensures respect for Native American culture and history.”

MNHS will continue to preserve the mounds while working toward a long-range plan for the site’s future that includes the possible transfer of the site to a Native American tribe or tribes. In the immediate future, MNHS will research options regarding the future of the site’s visitor center, and staff will work with both Native and non-Native stakeholders to develop educational outreach opportunities to share the history of Grand Mound with the general public.

“Grand Mound is part of an interconnected line of burial mounds that runs for 90 miles along the Canadian and U.S. sides of the Rainy River,” said Kent Whitworth, MNHS director and CEO. “The historical importance of this site cannot be understated, but we must protect it and provide education while also ensuring that Native people can care for the place where their ancestors lie.”

MNHS acquired Grand Mound in 1970, opened a visitor center in 1976, and operated it as a publicly accessible historic site until 2002 when budget cuts forced its closure. Since then, MNHS has continued to maintain preservation and security of the historic site while exploring options for its future.

In 2014, MNHS began the most recent effort to engage community members about the site, speaking with business, civic, educational and cultural leaders from International Falls and Koochiching County as well as Native American and Canadian First Nations peoples. In 2017, MNHS expanded Native American engagement to include all seven Ojibwe and four Dakota tribes in Minnesota, as well as exiled communities and Native Americans outside the state who have a cultural connection to Grand Mound. A total of 18 Native communities provided feedback. Across the board, both Native and non-Native stakeholders repeatedly expressed the importance of preserving and educating the public about Grand Mound.

Yesterday the MNHS Executive Council (board) reviewed and approved a report summarizing that engagement and recommending the site remain closed to the general public, except for access by Native Americans for ceremonial and educational purposes.

Background
Located 17 miles west of International Falls, the Grand Mound Historic Site comprises five sacred burial mounds and an ancient sturgeon fishing village. The village dates back more than 5,000 years while the mounds were first developed approximately 2,000 years ago. The site’s biggest burial mound is the largest earthwork mound in the upper Midwest, measuring 25 feet in height and 140 feet in length. It is part of a network of mounds, sturgeon fishing sites and seasonal villages stretching 90 miles along the Rainy River in Canada and the U.S.

The site became a National Historic Landmark in 2011. In fall 2018, the nearby McKinstry Mound site―which includes two burial mounds dating to the same time period as Grand Mound―was transferred from the Minnesota Department of Transportation to the Minnesota Historical Society. MNHS will develop a mound management plan for both sites.

Find out more about Grand Mound’s history and view images and maps.