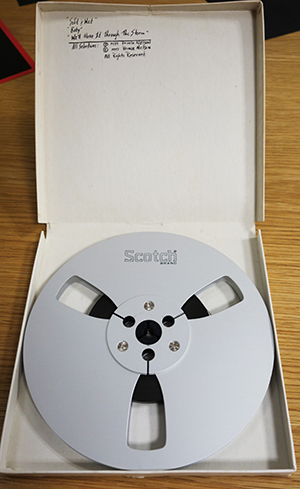 The acquisition includes a 1977 press kit created by Husney’s advertising firm to promote Prince. Husney deliberately kept the design minimalist, wanting Prince’s music to do most of the talking.

“The press kit is one of only 15 that were ever made, and we personally hand-delivered them to record label executives in California,” Husney said. “We wanted people to understand A) that Prince was a serious artist and B) our support for his talent and genius. Everything had to be first class.”

And it worked. Three labels ended up in a bidding war over Prince before he ultimately signed a contract with Warner Bros.

Accompanying the kit is a silver demo reel of three Prince songs, two recorded at Sound 80 Studios with sound engineer David “Z” Rivkin and one recorded at Moon Sound Studios in Minneapolis. “Soft & Wet” and “Baby” ended up on his debut album “For You,” but the third song “We’ll Make It Through the Storm” was never released.

This acquisition also includes a marketing sheet Warner Bros. used to introduce Prince to radio and retail markets, which has a similar look to the press kit.

“The Minnesota Historical Society is very fortunate to acquire these pieces from Owen Husney,” said Jennifer Huebscher, curator of photography and moving images at MNHS. “These truly unique materials highlight Husney's efforts to introduce Prince to the record executives who would help make him an international icon.”

Husney, a Minnesota native who now lives in California, felt strongly that these items should go to MNHS rather than a private buyer. “There was no doubt in my mind that I wanted them to go to the Minnesota Historical Society,” Husney said. “They will be preserved for all Minnesota residents and visitors to see a portrait of a young genius.”

These items join other MNHS artifacts documenting Prince’s early musical career, including handwritten 1977 lyrics to the unreleased song “I Hope We Work It Out” and a ticket to Prince’s first solo concert at the Capri Theatre in Minneapolis in 1979.

These acquisitions will be digitized and made available on the MNHS website. Digitization of collections items for online access is made possible by the Legacy Amendment's Arts and Cultural Heritage Fund through the vote of Minnesotans on Nov. 4, 2008. 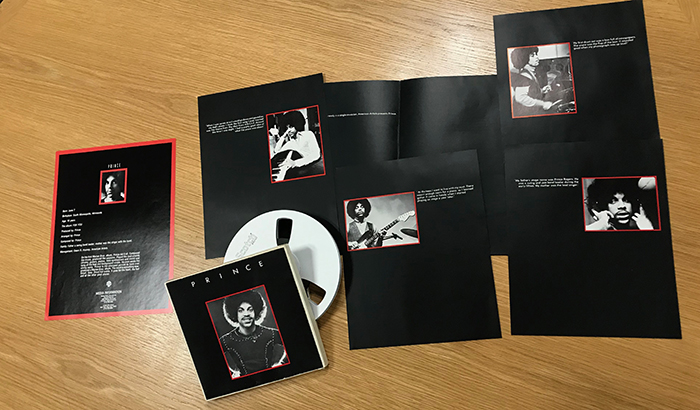