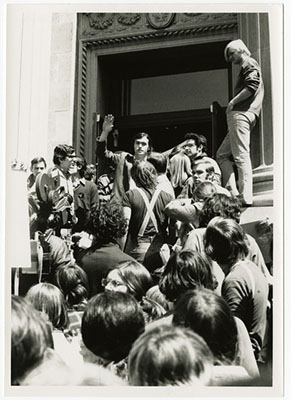 Beginning in July 2017, MNHS staff worked with five oral historians with expertise in the Vietnam era to collect interviews from people across Minnesota. The project ultimately collected 98 oral histories from a variety of people, including veterans, Vietnamese immigrants to Minnesota, anti-war protesters, and people whose loved ones never returned from fighting.

“Since the inception of the oral history department, we've always worked to look at military eras through a Minnesota lens. One of the earliest interviews done by this office was in 1950 with the last surviving member of the Civil War, Albert Woolson of Duluth,” said Ryan Barland, MNHS oral historian. “With a turning point in history such as the Vietnam War, it’s so important to preserve how local stories were impacted by a larger event.”

These oral histories are currently being cataloged and will be available for the public to access on the MNHS website and in person in the Gale Family Library later this summer.

This project was made possible by the Legacy Amendment's Arts and Cultural Heritage Fund through the vote of Minnesotans on Nov. 4, 2008.

Photo caption: Student leader Bill Tilton addresses an anti-war rally at the University of Minnesota in May 1970.