The Minnesota Historical Society (MNHS) is joining fans across the globe to mark the first anniversary of the passing of Prince. In honor of his life and legacy, MNHS will put on display Prince's iconic Purple Rain suit and other items at the Minnesota History Center from Tuesday, April 18 to Sunday, April 23, 2017.

The display will include recently acquired handwritten lyrics to an unreleased song called "I hope we work it out," signed by Prince in 1977. In addition, various memorial items will be on display, and artifacts including the outfit he wore while performing the title song from his movie "Purple Rain" in 1983.

The public may view the display which will be located on the first floor lobby, for free during regular History Center hours: Tuesday 10 a.m. to 8 p.m., Wednesday through Saturday 10 a.m. to 5 p.m., Sunday, Noon to 5 p.m. 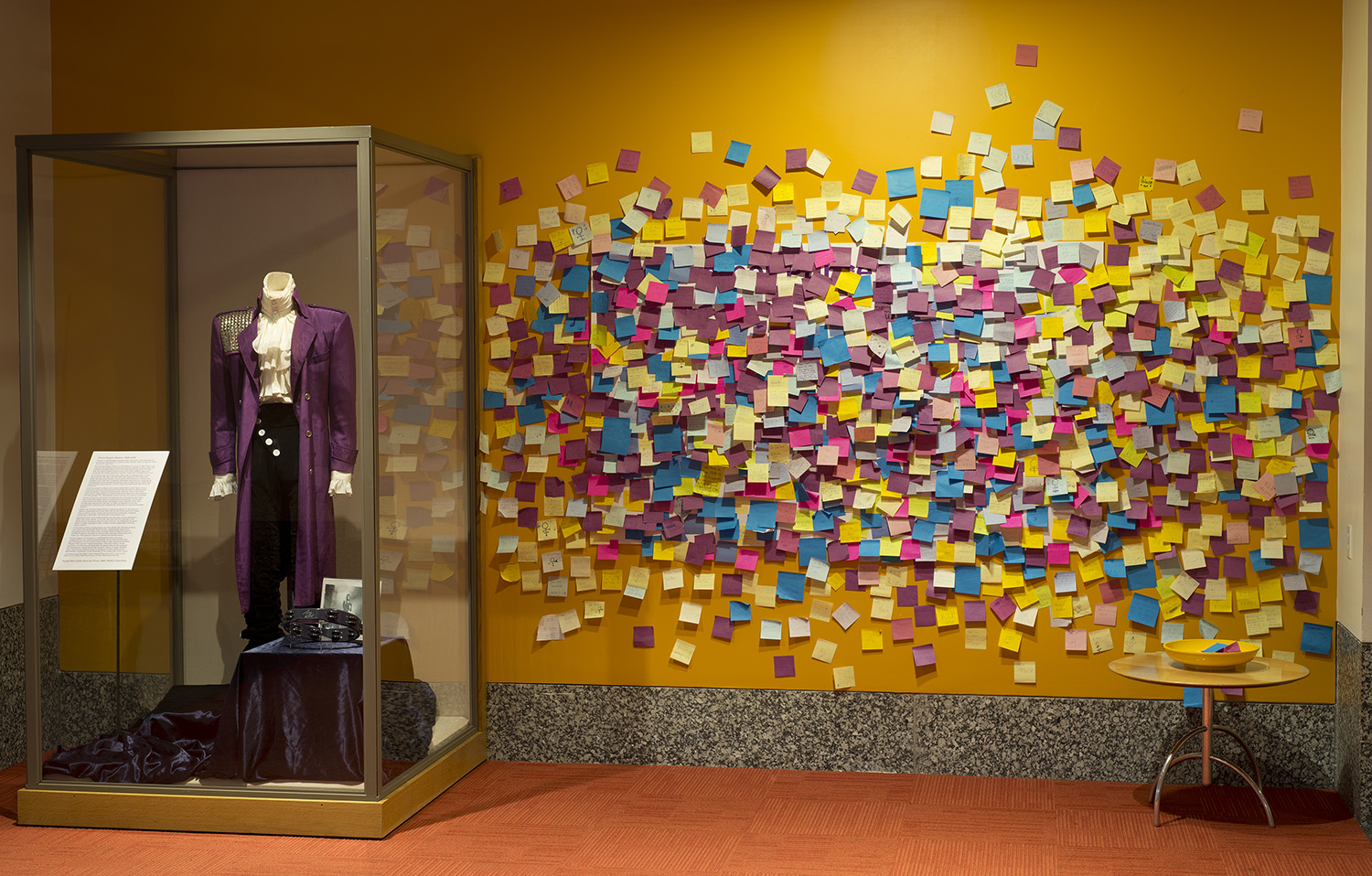