The National Park Service listed the Olcott Park Electric Fountain and Rock Garden in the National Register of Historic Places on June 5, confirming what local residents have known for years, that the place is special.

In 1937, the park board of the city of Virginia, working with the Works Progress Administration (WPA)—a New Deal-era program designed to get young men working during the Great Depression—added a major attraction to Olcott Park: a fountain and pool within a sunken rock garden and an observation deck. The fountain served as a centerpiece with multicolor lights shining on changing streams of water. The fountain’s mechanism was built by General Electric, which showcased the technology at the Century of Progress Exposition held on Chicago’s lakefront during the summers of 1933 and 1934. 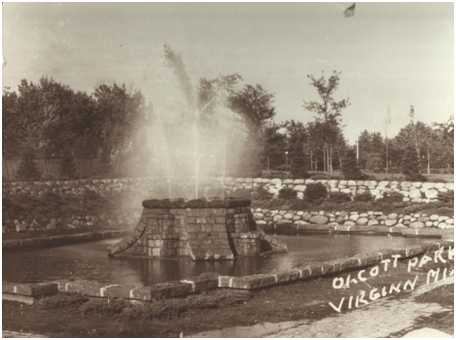 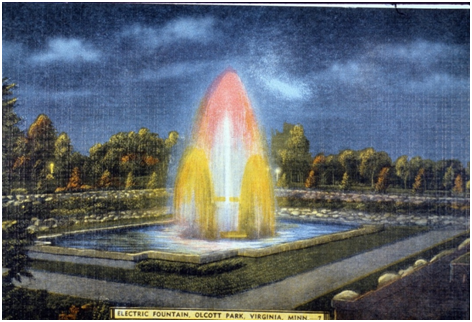 According to the National Register listing, the Olcott Park Electric Fountain and Rock Garden is significant as an example of a local partnership with the WPA to “provide an unusual public space, which made a significant and lasting contribution to the social life of Virginia.” Its engineering is also notable as an example of “an innovative, electrically-powered, colored-light fountain produced during the 1930s by a nationally recognized manufacturer.”

The city operated the fountain until 2013 when leakage issues made water circulation to the pumps difficult. In addition, replacement parts for the fountain’s mechanism were no longer available.

Plans are underway to restore the fountain to its original working order using new equipment and repair the observation deck and rock garden.

About the National Register of Historic Places

The Minnesota Historical Society is a nonprofit educational and cultural institution established in 1849. MNHS collects, preserves and tells the story of Minnesota’s past through museum exhibits, libraries and collections, historic sites, educational programs and book publishing. Using the power of history to transform lives, MNHS preserves our past, shares our state’s stories and connects people with history. Visit us at www.mnhs.org