From 1942-1946, thousands of men and women, mostly Japanese-Americans, trained as military linguists in Minnesota, first at Camp Savage and then at Fort Snelling. But the Minnesota Historical Society has only had a small number of photographs documenting this history. 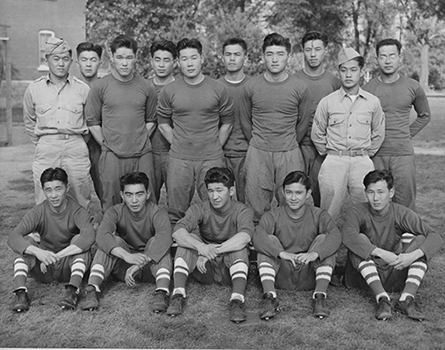 Nagashi Edward Yamamoto (1922-1997) was attending the University of Southern California when World War II broke out. After Executive Order 9066, he was confined at the Santa Anita racetrack and eventually sent to the Poston War Relocation Center in southwest Arizona. He was recruited to train at the MISLS and was stationed at Camp Zama in Japan from 1945 to 1947.

Taira Nakao (1923-1983) was the son of parents who emigrated from Wakayama, Japan and settled in southern California. His family was also incarcerated at the Santa Anita racetrack and then sent to the Rohwer War Relocation Center in Arkansas. He eventually left to train as a linguist at Fort Snelling and served with occupational forces in Tokyo. 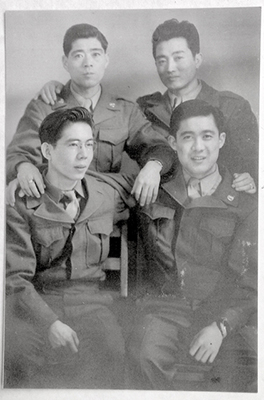 “These photos document the Military Intelligence Service Language School and time in Japan through the eyes of the men who served, which contrast with the professionally photographed photos of the school we already have in our collections. These candid shots are more personal and highlight the friendships made, as well as some day-to-day activities,” says Jennifer Huebscher, curator of photography and moving images.

“I hope that by showcasing these images, others are prompted to share their family’s stories, or to consider donating photographs or other materials related to the Military Intelligence Service Language School.”

These acquisitions also support MNHS’ current efforts to expand the history told at Historic Fort Snelling and better share the wide range of stories that intersect at this location at the confluence of the Mississippi and Minnesota Rivers. To learn more about this revitalization work ahead of 2020, visit www.mnhs.org/hfs2020.

The MISLS photos have been digitized and are available to view on the MNHS website. Digitization of collections items for online access is made possible by the Legacy Amendment's Arts and Cultural Heritage Fund through the vote of Minnesotans on Nov. 4, 2008.