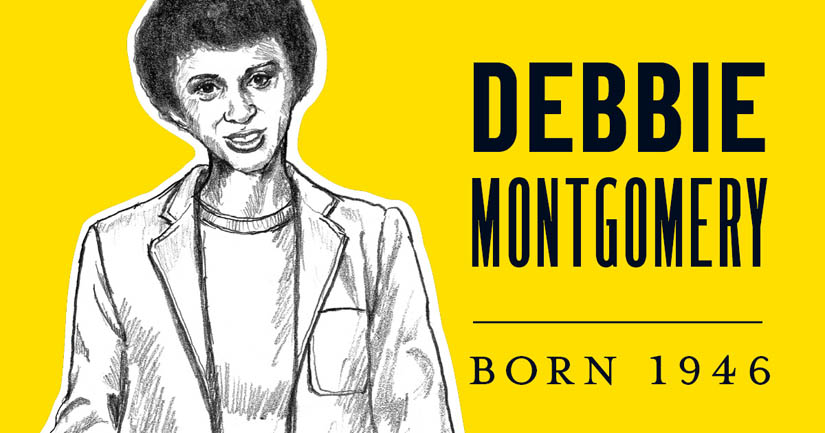 “I was on a mission. I was fighting for civil rights. Trying to get voting rights for the people. I mean, these Black folks, they were in the Army, they were serving their country and yet they didn’t have the right to vote?”

Raised in the Rondo neighborhood of St. Paul, Debbie Montgomery is a community leader. When she was 17, she became the youngest member ever on the national board of the NAACP. She later received a master’s degree in urban planning and began a career in civil service.

Montgomery was active in the civil rights movement. In 1963, she participated in the March on Washington for Jobs and Freedom. As a freshman at the University of Minnesota, she traveled with other students to Alabama in 1965 to march 54 miles from Selma to Montgomery in support of voting rights.

In 1975, St. Paul mayor Larry Cohen asked Montgomery to enroll in the police academy. He needed her help to comply with a court order requiring the St. Paul Police Department to hire more Black officers. Montgomery excelled and realized she had an opportunity to prove that a woman could do the same work as men. She became the first female police officer in St. Paul. On the force, Montgomery participated in educational programs and built trust with youth in her community.

After retiring, Montgomery was elected to the city council, where she convinced businesses and the government to invest in St. Paul’s Black community. 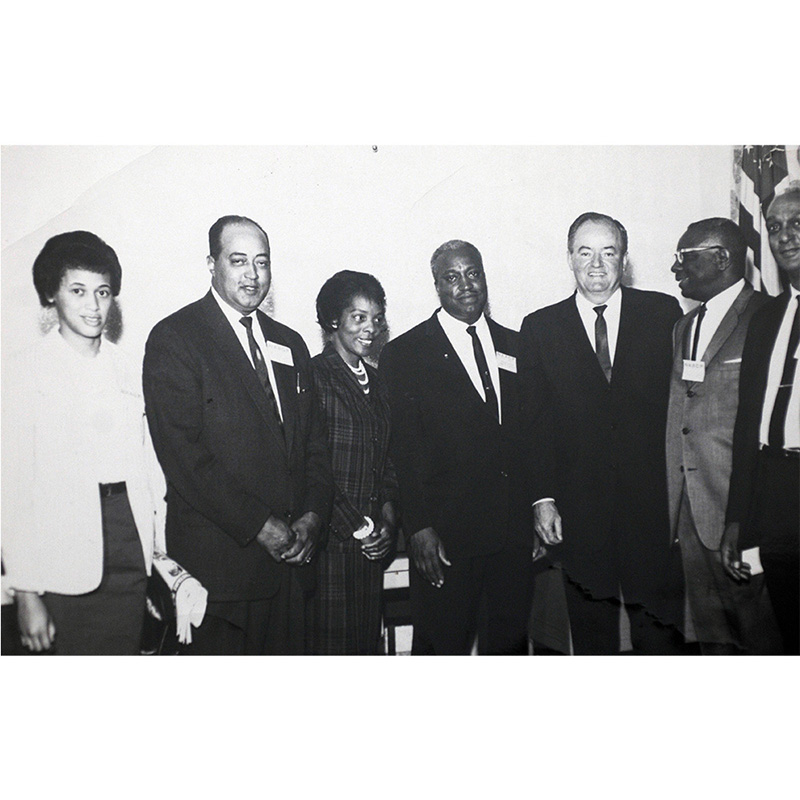 Debbie Montgomery with other civil rights leaders, 1965. Courtesy Pioneer Press. Montgomery (left) posed with vice president Hubert Humphrey (fifth from left) and others when she was a freshman at the University of Minnesota. 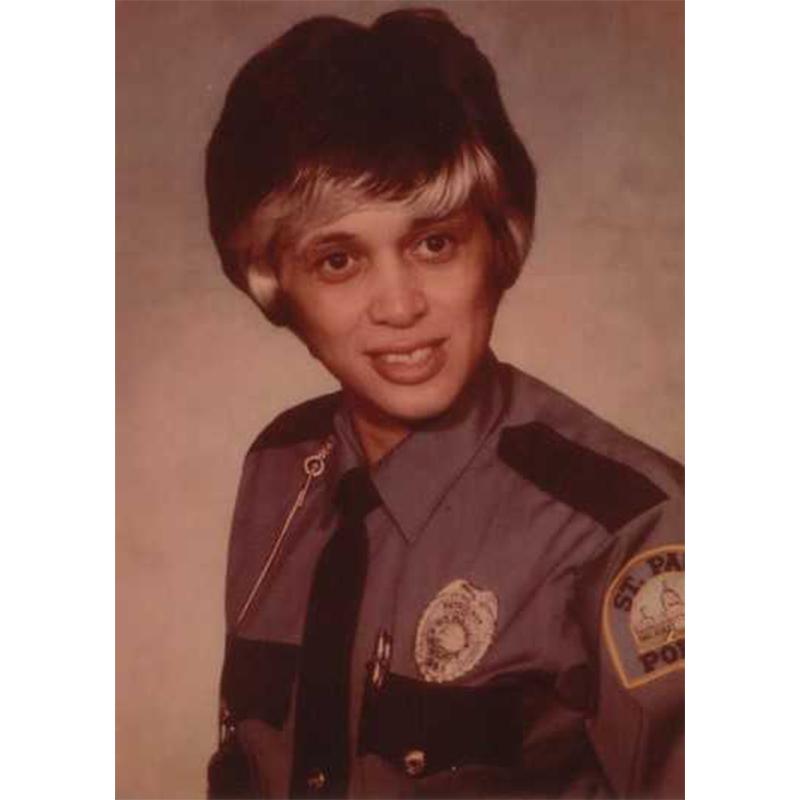 Debbie Montgomery in uniform, 1975. Courtesy Debbie Montgomery. Montgomery’s first uniform as a St. Paul police officer was a men’s uniform. Since she was the department’s first female officer, there were no uniforms sized for women.

Button, 1965. MNHS collections. This button from 1965 marks an important time for the Civil Rights movement. That year, Montgomery marched 54 miles from Selma to Montgomery, Alabama, with other activists and leaders fighting for voting rights. 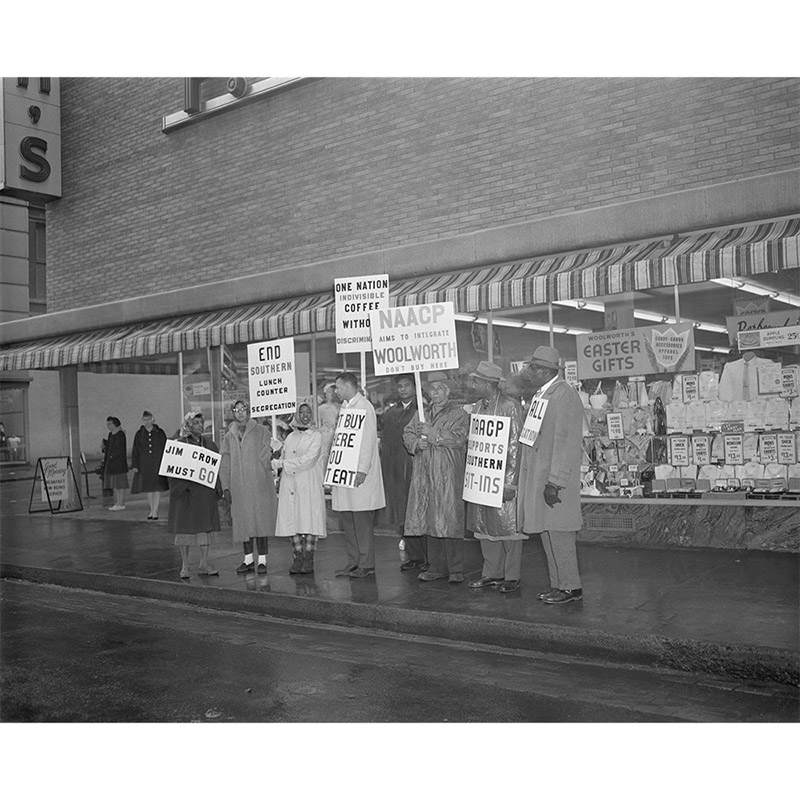 NAACP members picketing outside Woolworth’s for integrated lunch counters, St. Paul, 1960. MNHS collections. Montgomery was part of a community of activists that advocated for civil rights, much like these NAACP members in St. Paul. 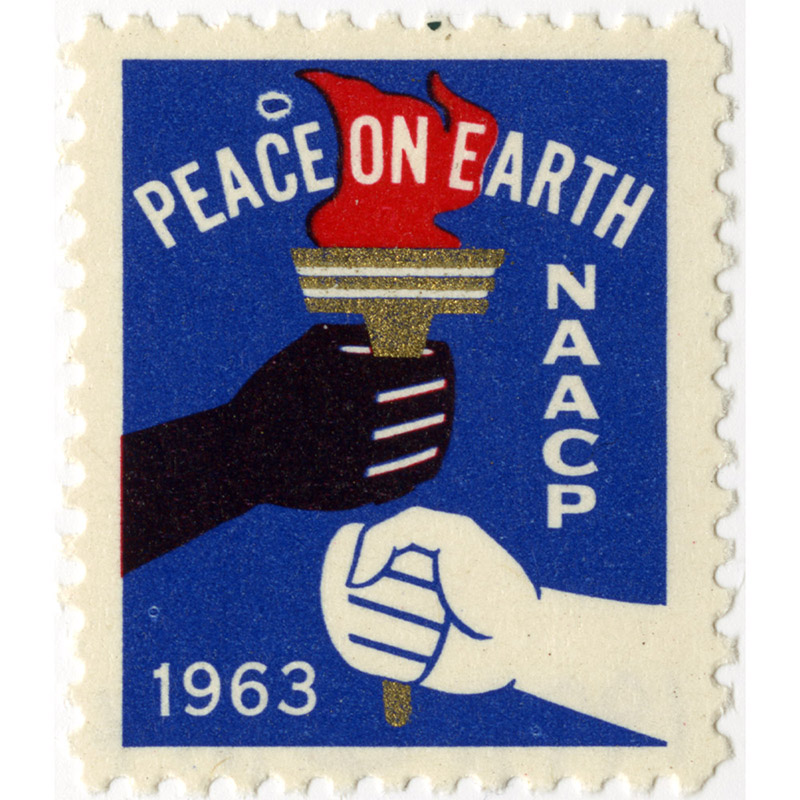 NAACP poster stamp, 1963. MNHS collections. Montgomery was 17 years old in 1963, when she became the youngest member ever of the national board of the NAACP. 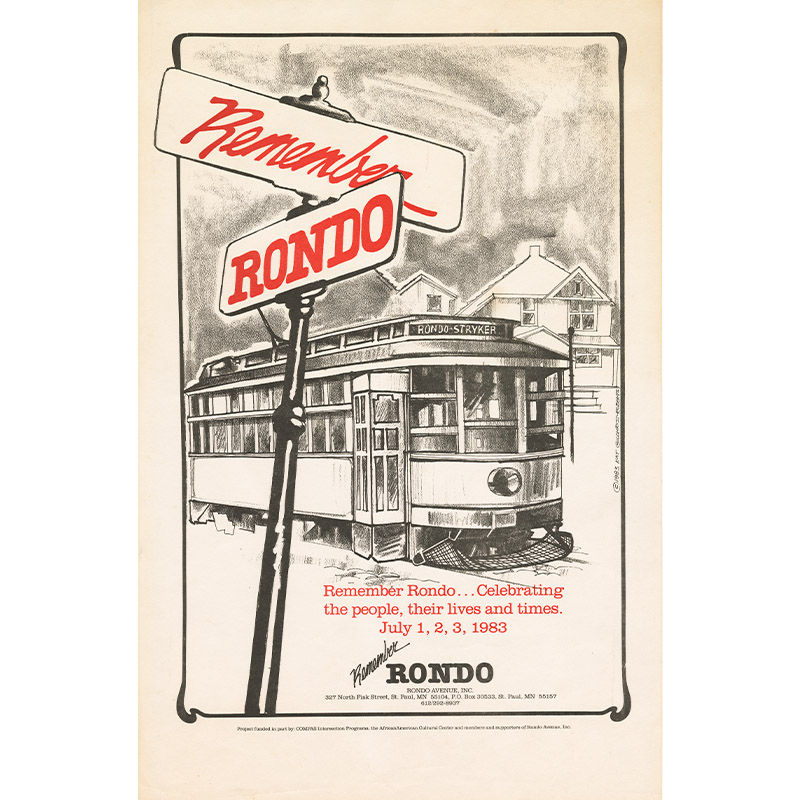 Poster, 1985. MNHS collections. The construction of I-94 from 1956 to 1968 forced many Rondo residents out of their homes and damaged the thriving community. Montgomery is still working to help her community recover.

We Love Rondo button, 1989. MNHS collections. Montgomery calls the Rondo neighborhood, where she was born and raised, “the heartbeat of this city and the African American community.”