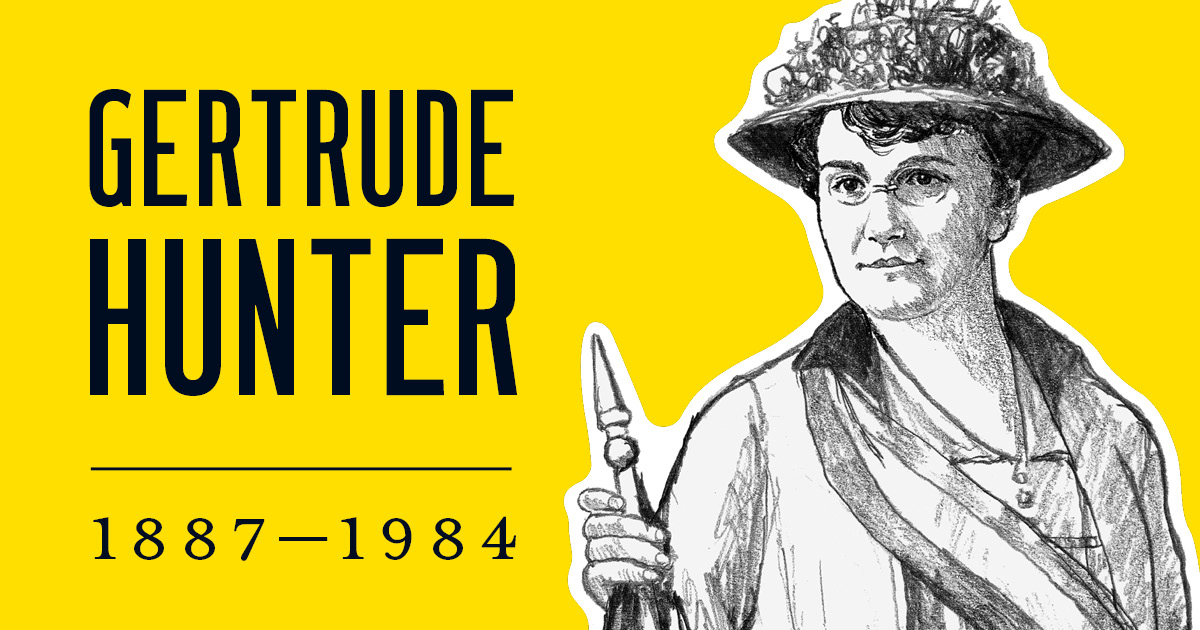 “It’s very hard to keep enough courage from one day to another, to work against this blank wall of indifference which is so much more killing than opposition.”

Gertrude Hunter solidified her stand as a suffragist while studying the organizing tactics of women on the East Coast. There, she met women working in department stores and factories. She wrote back to her friends in Minnesota that nothing could have convinced her more of the necessity of the ballot than the conditions of these women, who toiled for 11 hours a day in filthy conditions for meager wages.

Hunter set out to persuade others to join the movement. When she returned to Minneapolis, she founded the Women Workers Suffrage Club, hoping to recruit local workers. Hunter declared, “Working women need the ballot as a weapon against the exploitation of their employers.”

Persuading the public was by no means easy. While campaigning for the Congressional Union (CU), Hunter encountered opposition. Nothing was more demoralizing, though, than audience members who simply did not care about the cause. Yet Hunter rose above the indifference and the opposition. She continued to write for The Suffragist, the CU’s national publication, and speak out for votes for women. 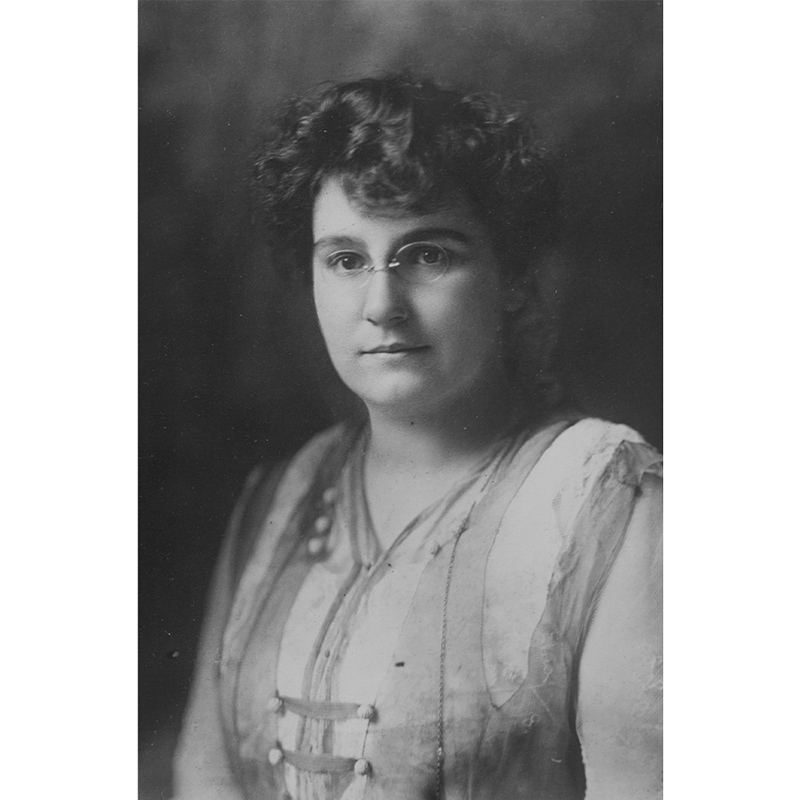 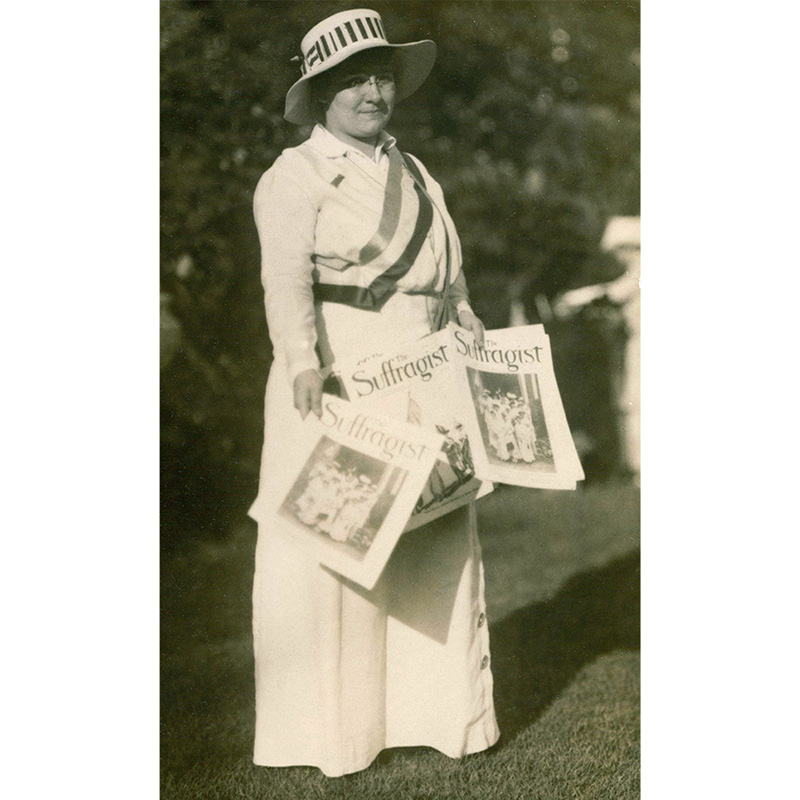 Hunter with copies of The Suffragist, about 1915. Courtesy Hennepin County Library. Hunter fought for women’s right to vote through her articles in The Suffragist, the national publication of the Congressional Union. 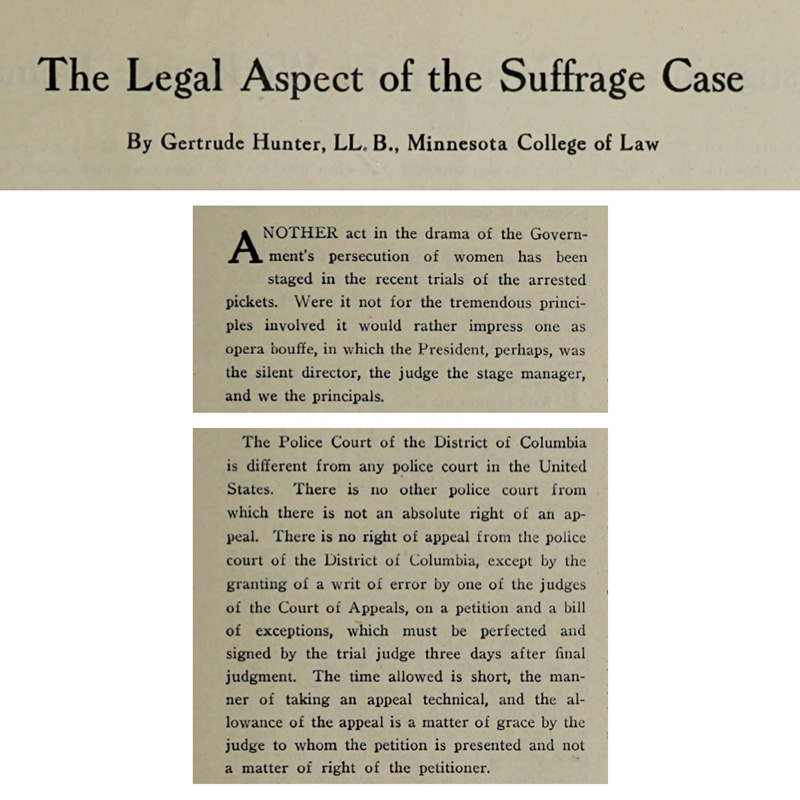 Excerpt from “The Legal Aspect of the Suffrage Case,” an article by Hunter in The Suffragist, September 8, 1917. Courtesy HathiTrust. Hunter was arrested for picketing the White House, and criticized the unfair trials that she and other suffragists faced. 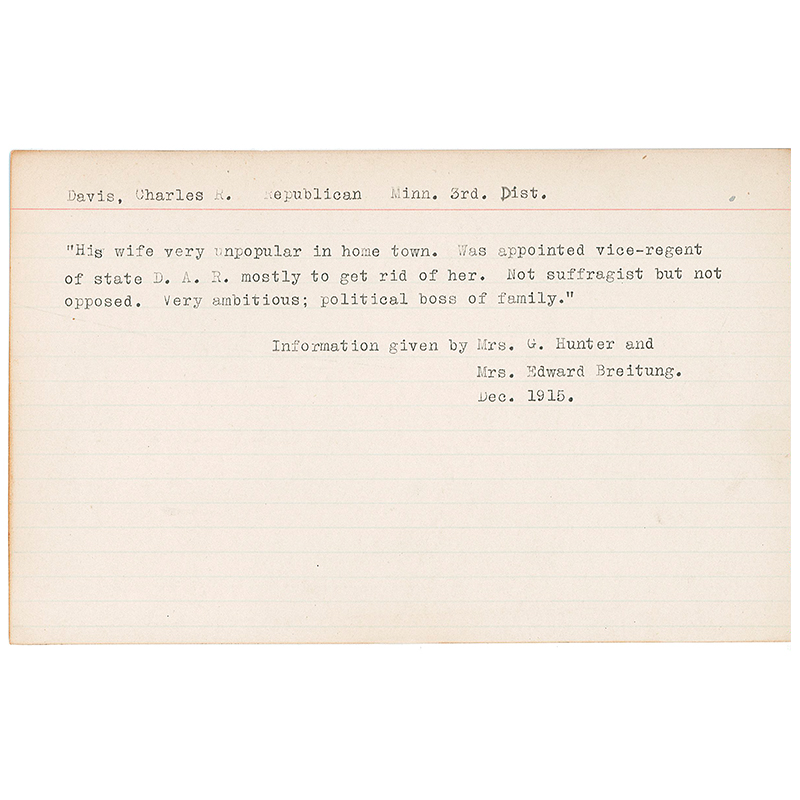 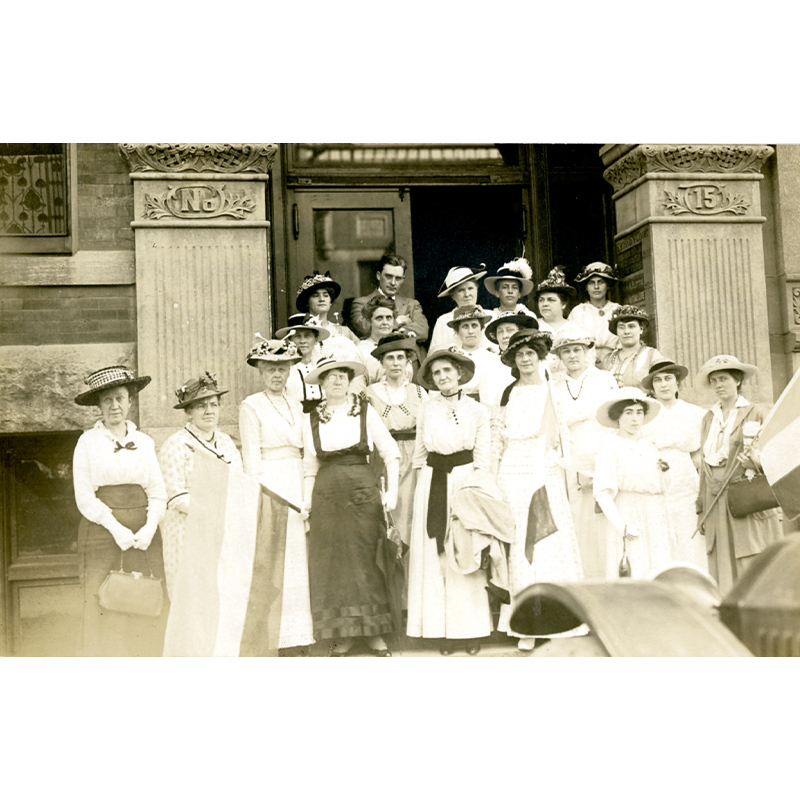 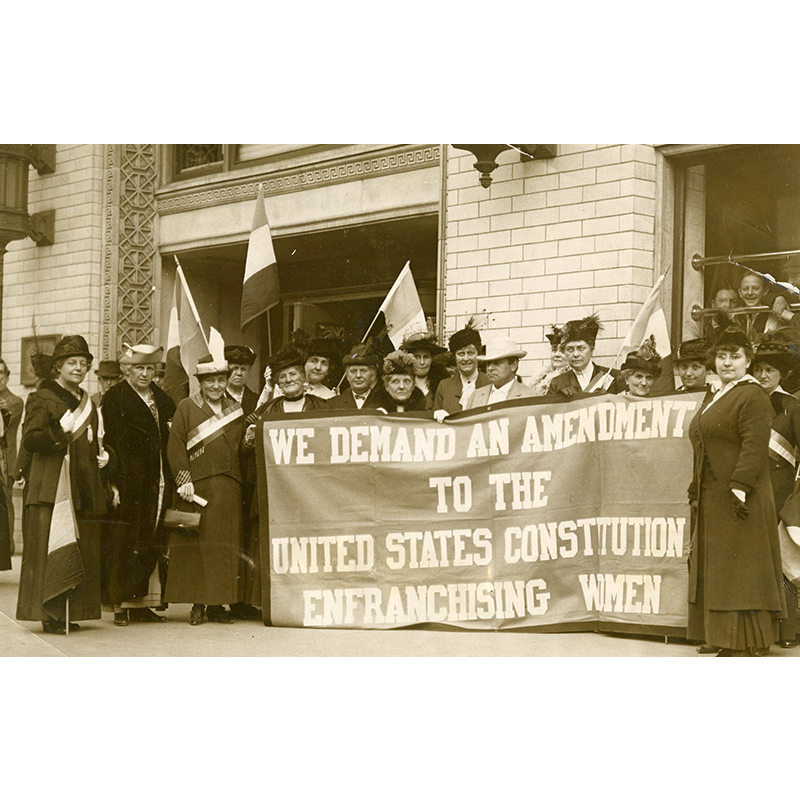