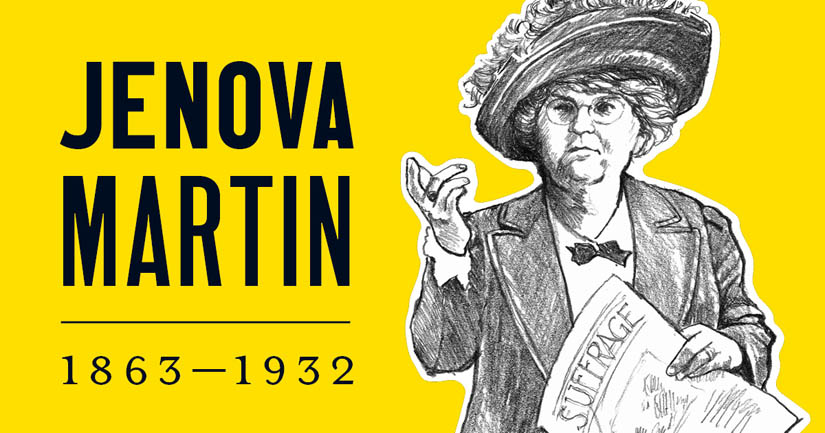 “Half the population, namely the women, are governed without their consent. If there is a woman here who does not rebel against these conditions she is stupid or yet asleep.”

In 1907, Jenova Martin became the first president of the Scandinavian Woman Suffrage Association (SWSA). The following year she electrified attendees at the MWSA convention in Minneapolis with her speech “The Great Awakening.” She was a poet, playwright, and essayist who used her persuasive powers to welcome other Scandinavian women into the suffrage movement.

The SWSA was Minnesota’s only suffrage group defined by ethnic background. By combining women of Norwegian, Swedish, and Danish heritage, the group’s membership — and potential political clout — was strengthened. The SWSA lobbied legislators of Scandinavian descent, reminding them of the rights women renounced when they immigrated to Minnesota. Finland established universal suffrage for women in 1906; Norway in 1913; Denmark in 1915; and Sweden in 1919.

In 1914 Martin withdrew from all suffrage work. She began instead to write and lecture about the socialist movement. She was not alone in this progression — many activist women moved from one issue to another as their interests evolved. 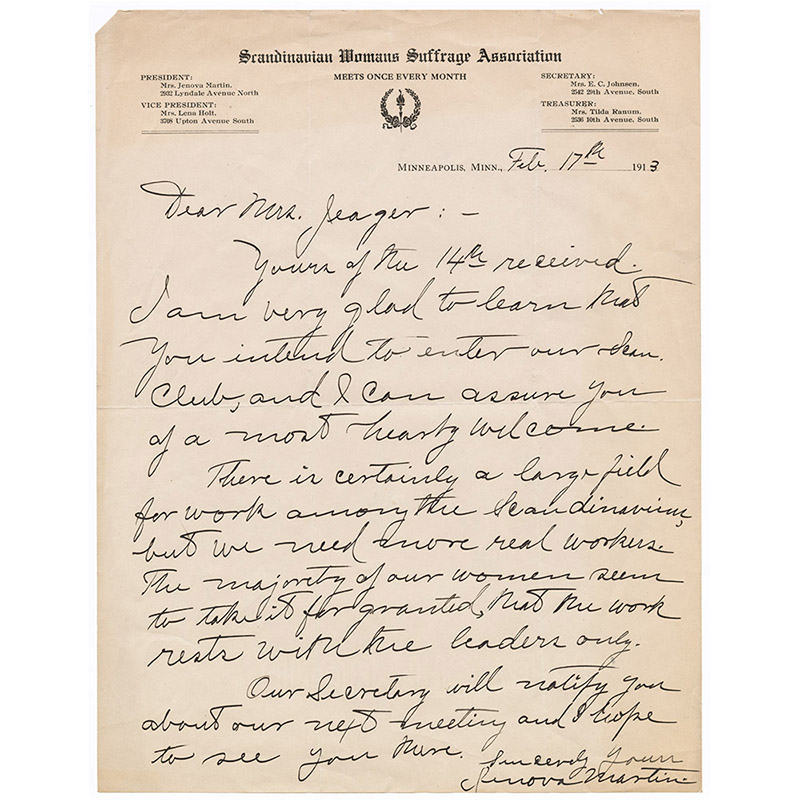 Letter from Martin to Nanny Mattson Jaeger, 1913. MNHS collections. “We need real workers,” Martin wrote in this letter welcoming Jaeger into the SWSA. Martin was the organization’s first president. 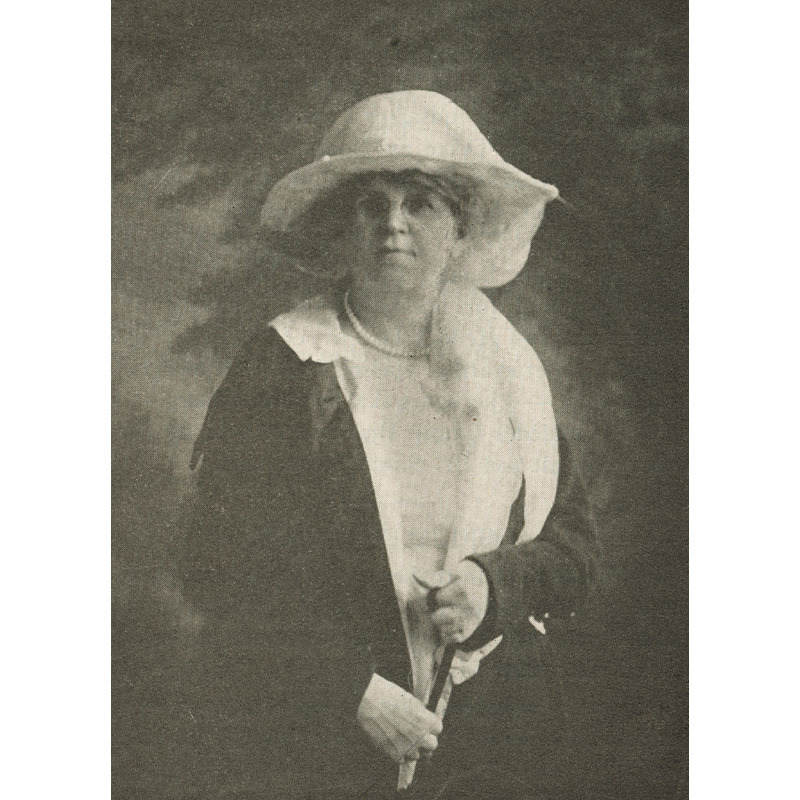 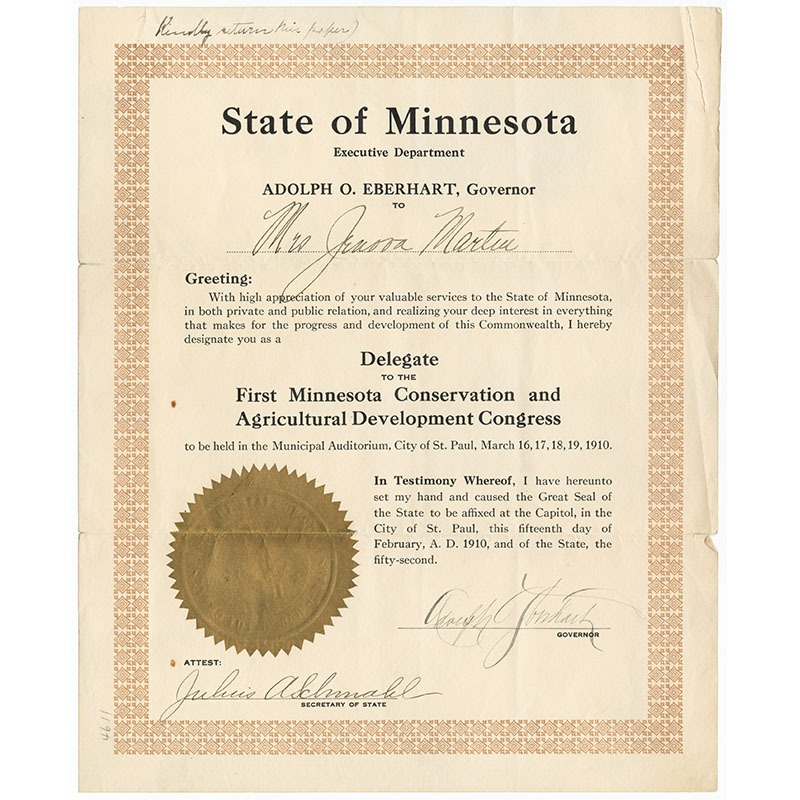 Certificate, 1910. MNHS collections. In 1910, Martin was a delegate to the First Minnesota Conservation and Agricultural Development Congress. She served in the same capacity at the second congress in 1912. 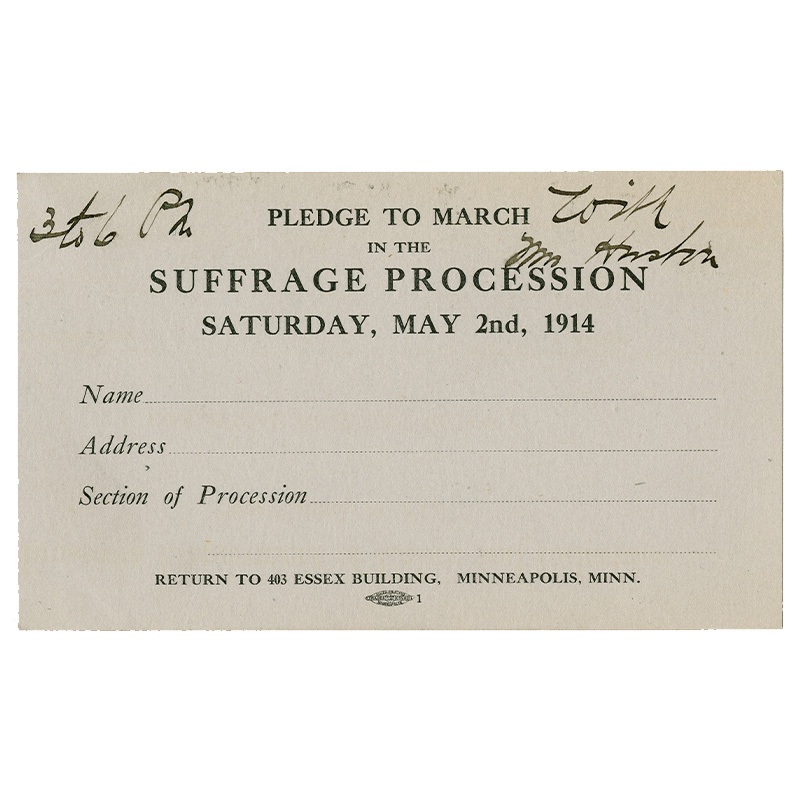 Suffrage march pledge card, 1914. MNHS collections. In an era of anti-immigrant rhetoric, Martin warned of a low turnout at the 1914 suffrage march because women “do not want to be looked upon as Scandinavians.” Martin’s prediction did not come true.