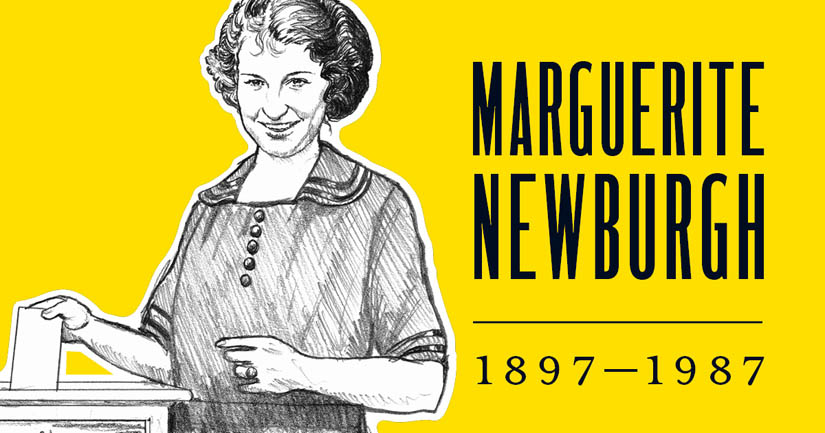 “Oh, yes. I’m a good suffragist. I’m enthusiastic over the ratification. I’m going to study politics and be progressive.”

At 6 am on Friday, August 27, 1920, the polls opened for a special election in South St. Paul. Marguerite Newburgh voted for an $85,000 bond to increase her city’s water supply.

Reporters from Twin Cities newspapers, the Associated Press, United Press, and the Fox Film Corporation covered the action. Newburgh was likely the first woman in the United States to vote after passage of the 19th Amendment.

Women had lined up well before 6 am at each of the city’s polling places. In the second precinct, judges scrambled to find a second ballot box. (Women’s votes had to be counted separately in case the amendment was ruled invalid.) Meanwhile, the first precinct was short one election judge. Newburgh was sworn in as a judge at 5:55 am — before she even had a chance to vote.

About 90 women voted in South St. Paul on August 27, 1920. Kate Michelmore, the society editor for the South St. Paul Reporter, arrived with her daughter, Katherine. The Reporter called them the nation’s first mother-daughter pair to vote after the 19th Amendment became law. 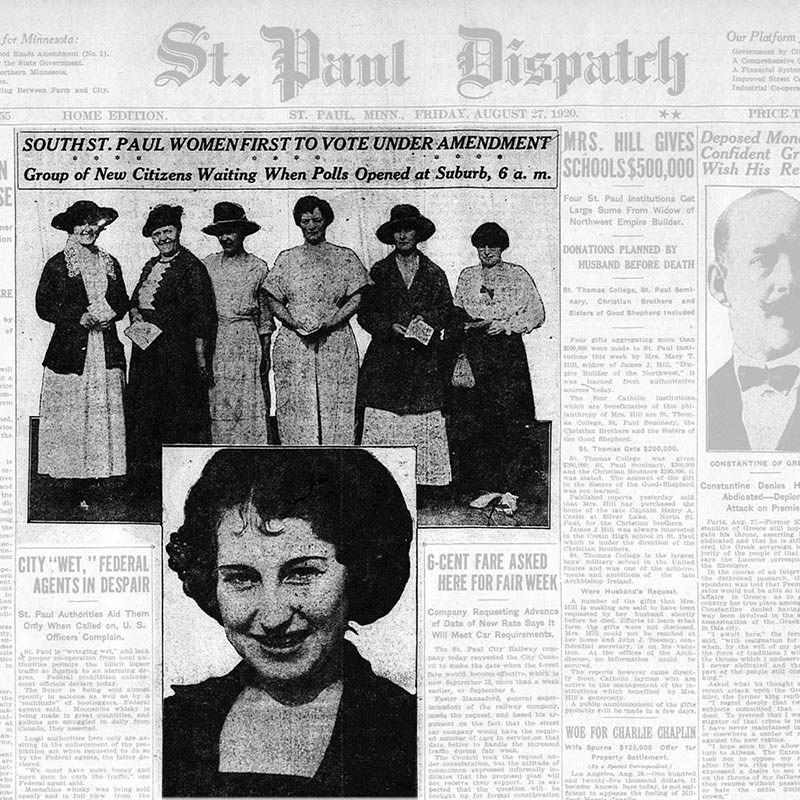 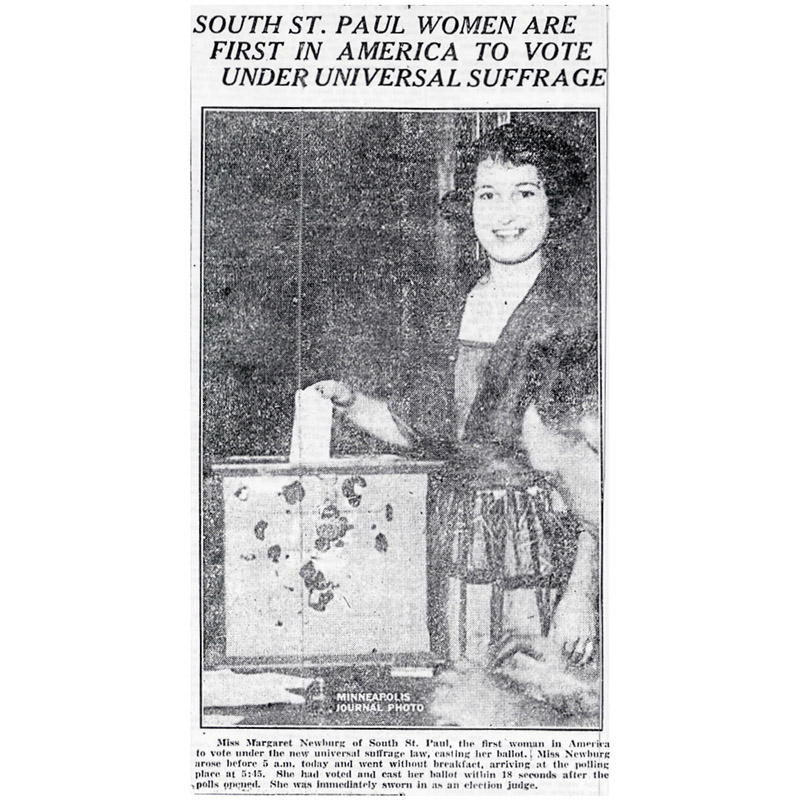 Marguerite Newburgh casting her vote, August 27, 1920. MNHS collections. “Were you for suffrage before it was given?” an interviewer asked Newburgh after she cast her vote. “I am for anything that stands for progress,” she replied. 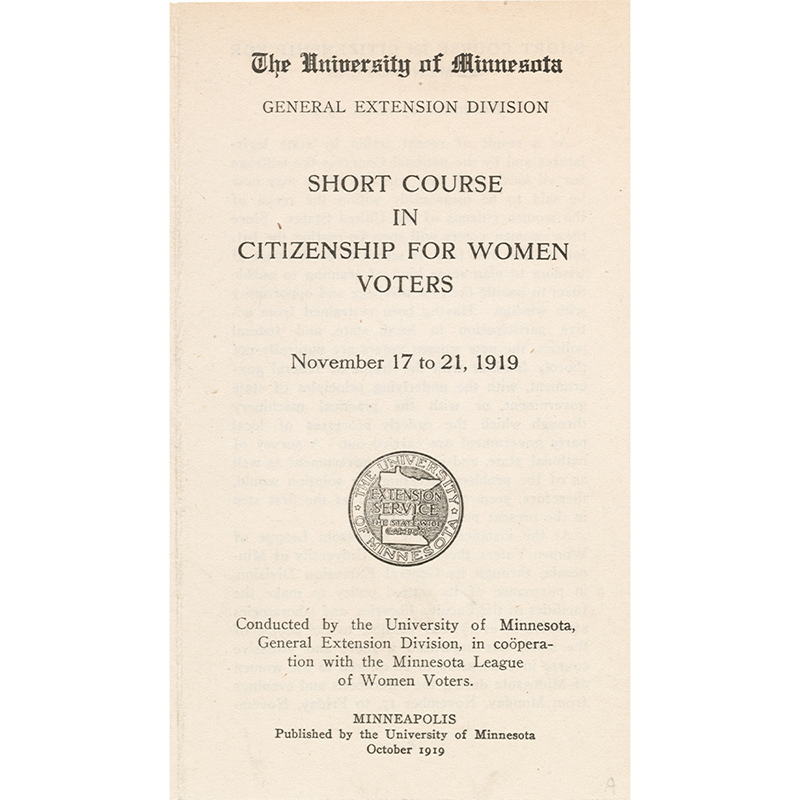 Short Course in Citizenship for Women Voters, 1919. MNHS collections. League of Women Voters members focused on teaching all women, and immigrants in particular, about citizenship and voting, so they would be well-prepared to vote in general elections.