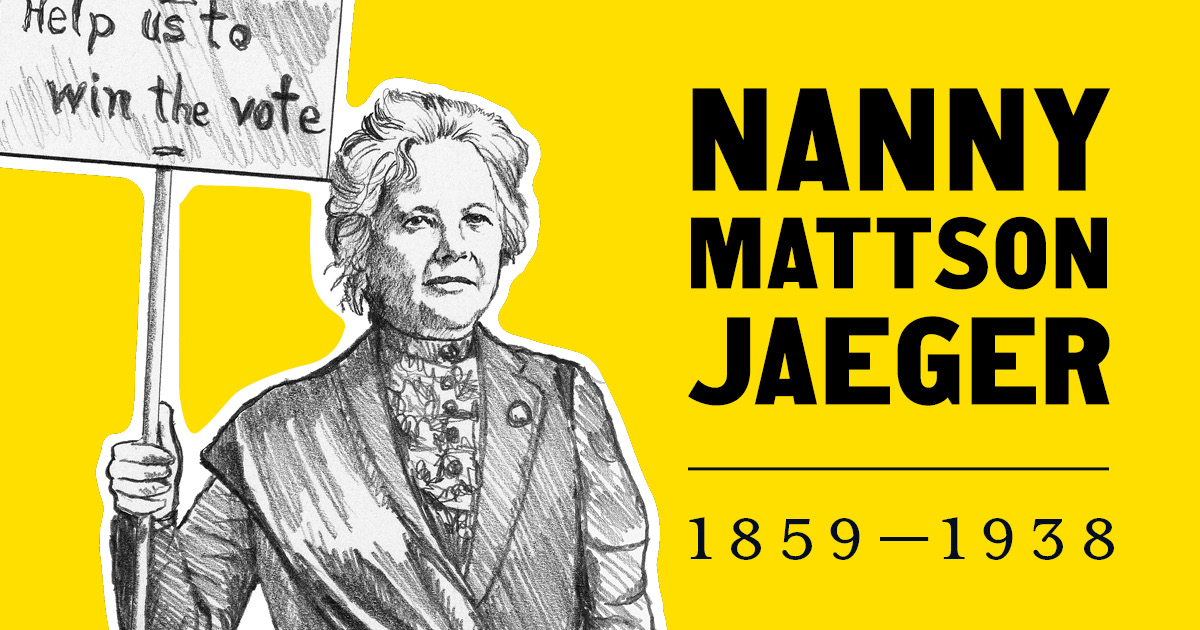 “[We are] particularly anxious that no legislator of Scandinavian birth or blood be found less fair-minded toward his sister in this our adopted country than is his brother in the old country.”

Nanny Jaeger was born in Red Wing. Her father, Hans Mattson, was a prominent elected official in Sweden before immigrating to the US in 1851. Jaeger’s Scandinavian heritage and politics were intertwined in her life from an early age. As president of the Scandinavian Woman Suffrage Association (SWSA), Jaeger encouraged many new Swedish immigrants to join the Norwegian and Danish members.

Scandinavians were the largest immigrant group in Minnesota. Although Jaeger was an assimilationist, she saw their shared heritage as a means of uniting Scandinavians around the goal of woman suffrage. To Jaeger, winning the vote meant winning fuller American citizenship.

SWSA members were central to voting-rights activism in Minnesota, helping form national and international alliances. Membership was open to first- and second-generation Scandinavians of all economic backgrounds. There were no member dues. They exchanged ideas and tactics by translating speeches from Norwegian to English, putting on Swedish plays, and celebrating Scandinavian suffrage achievements.

The Scandinavian Woman Suffrage Association frequently invoked the political equality women enjoyed in their home countries. Jaeger encouraged women to wear traditional Scandinavian dresses at suffrage events. This tactic reminded Americans that they lagged behind in women’s rights on the international stage. 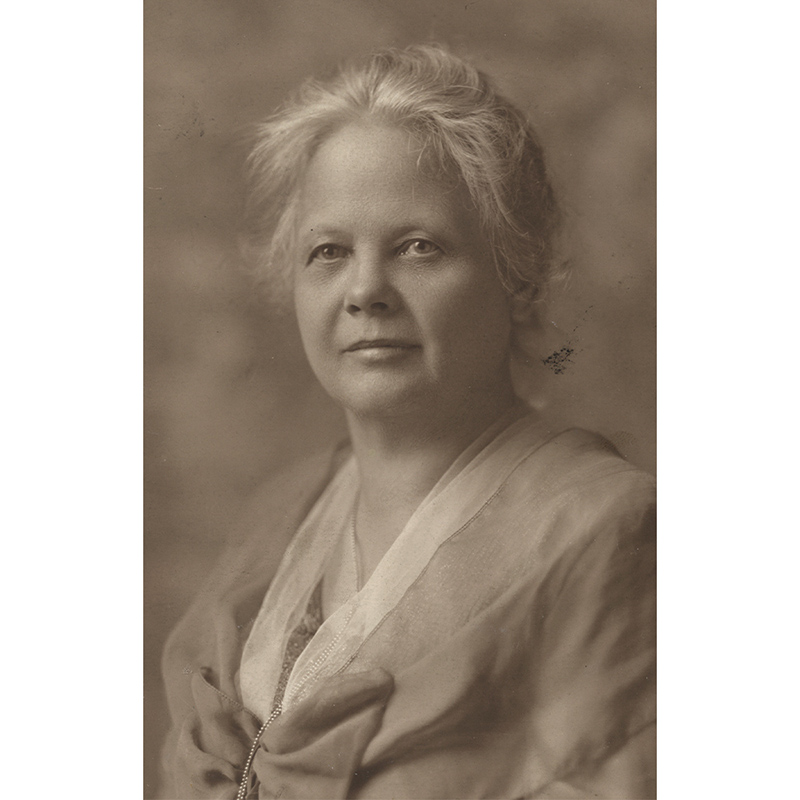 Nanny Mattson Jaeger, 1919. Courtesy Library of Congress. The Suffragist ran this photo in September, 1919, noting that the SWSA “has at all times cooperated in every way” with the MWSA. 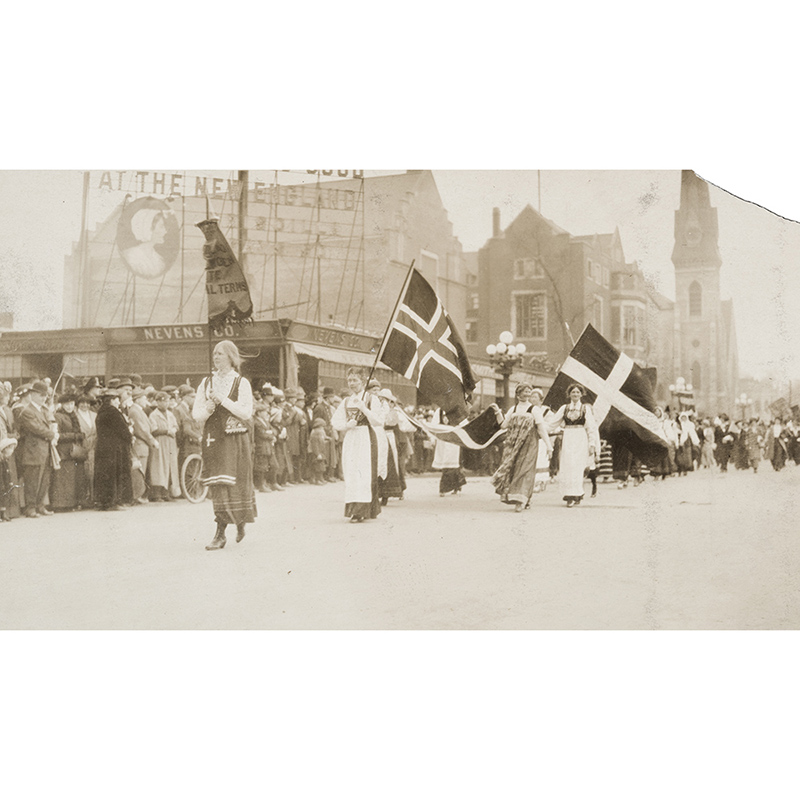 Suffrage march, Minneapolis, May 2, 1914. MNHS collections. Nearly 2,000 women paraded through downtown Minneapolis during the 1914 suffrage march, including SWSA members in their national attire. 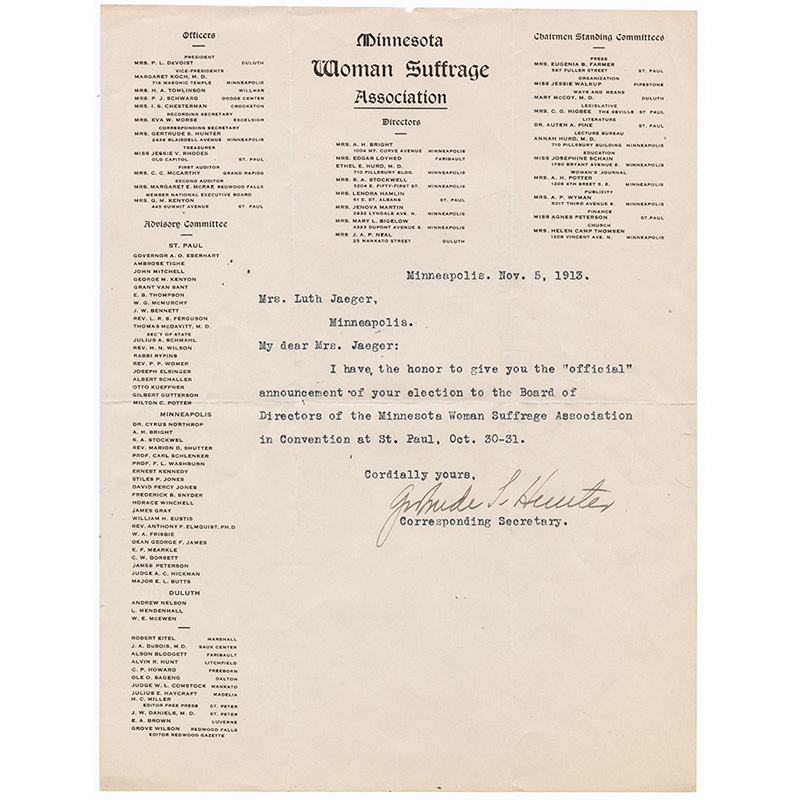 Letter to Nanny Jaeger, November 5, 1913. MNHS collections. In 1913 — the same year that Norway legalized women’s suffrage — Jaeger became president of the SWSA and joined the board of directors of the MWSA. 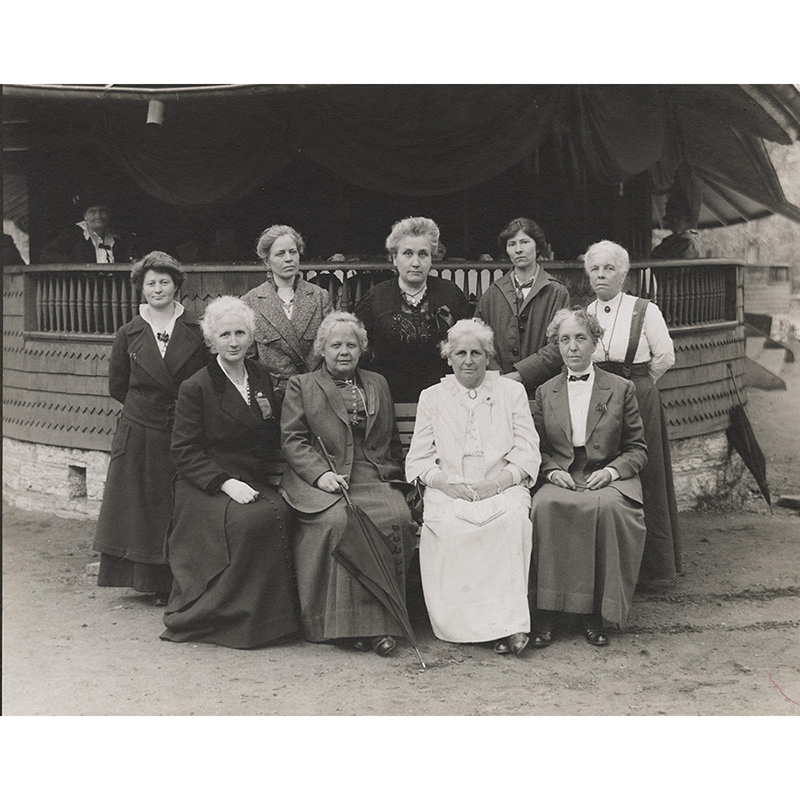 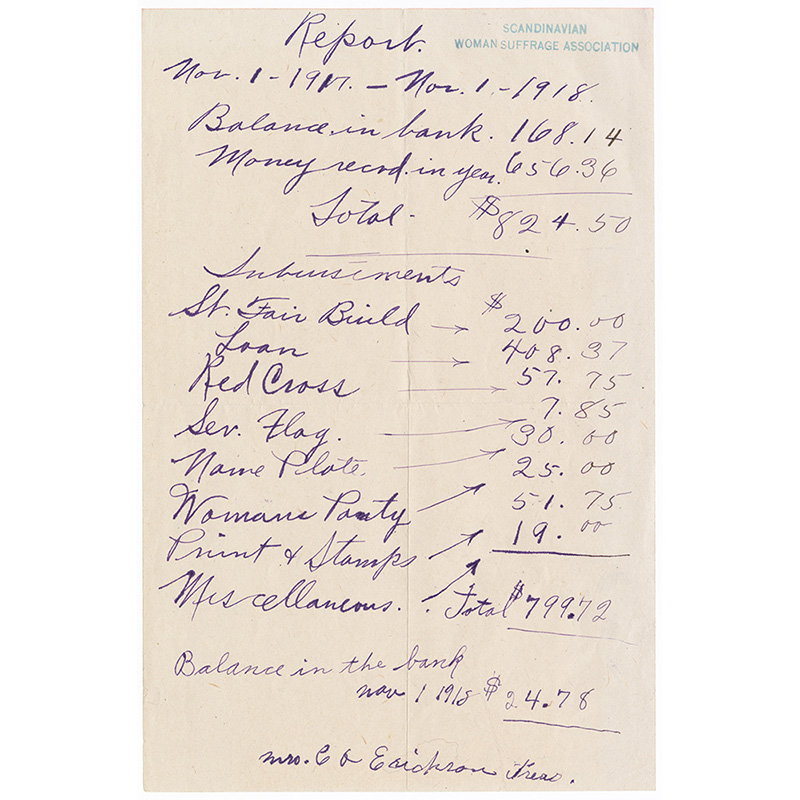 SWSA treasurer’s report, 1918. MNHS collections. The SWSA led fundraising for the Woman Citizen Building, a suffrage headquarters at the Minnesota State Fair. This report includes a sizable sum for its construction. 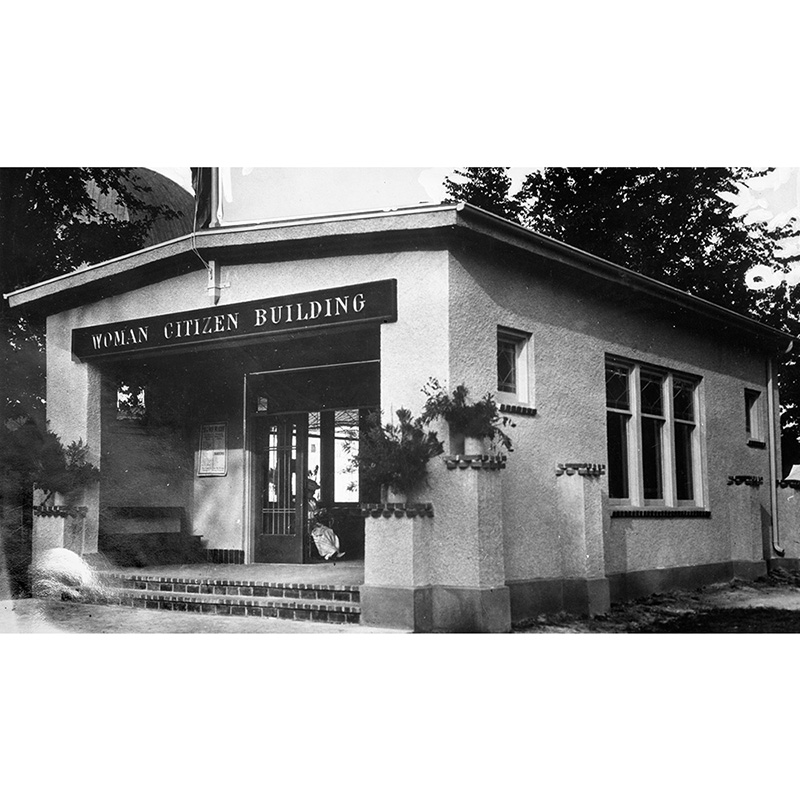 Woman Citizen Building, Minnesota State Fair, 1917. MNHS collections. For years, suffragists worked from whatever booth or tent they could rent at the state fair. The SWSA led the campaign for this permanent suffrage headquarters, completed in 1917.