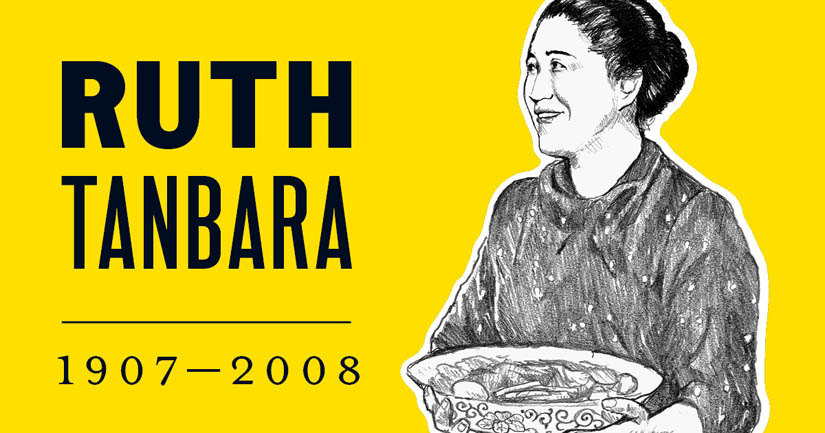 “Everything was trial and error and the villain was race prejudice, fear, war hysteria, intolerance, and discrimination.”

Ruth Tanbara, from “The Evacuation Experience,” in Reflections: Memoirs of Japanese American Women in Minnesota, 1995

In August 1942, Ruth Tanbara and her husband Earl were the first Japanese Americans to resettle in St. Paul as a result of President Roosevelt’s Executive Order 9066. The order authorized the forced removal of residents of Japanese descent from their homes along the West Coast, regardless of their citizenship status. Many were sent to US concentration camps. The War Relocation Authority offered that the Tanbaras move to Minnesota to build community acceptance of resettled Japanese Americans.

In St. Paul, the Tanbaras became leaders in the local Japanese community. Anti-Japanese discrimination in Minnesota was prevalent, fueled by the ongoing war. Many newly resettled Japanese and Japanese Americans found it difficult to find a house or even get a haircut. Ruth and Earl helped new residents find housing and jobs through their volunteer membership on the St. Paul Resettlement Committee.

Ruth and Earl were also members of the Japanese American Citizens League. The group campaigned to repeal the US law that barred Issei, or Japanese immigrants, from becoming citizens, thereby excluding them from the right to vote. This policy extended to all Asian immigrants, and dissuaded them from civic participation for generations. Through their lifelong dedication to community service, Ruth and Earl Tanbara helped resettled Japanese and Japanese Americans become engaged citizens. 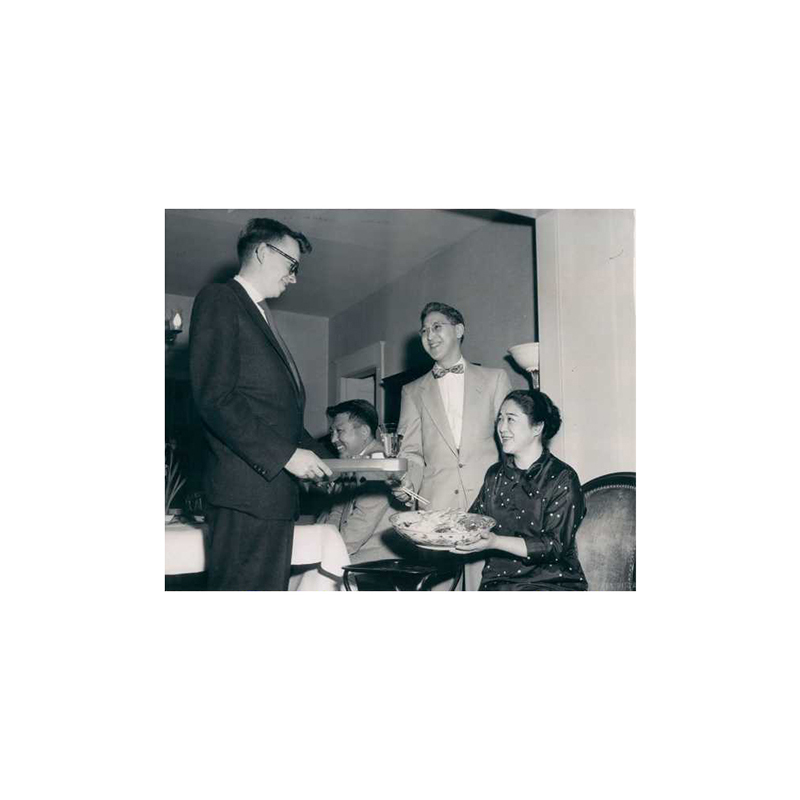 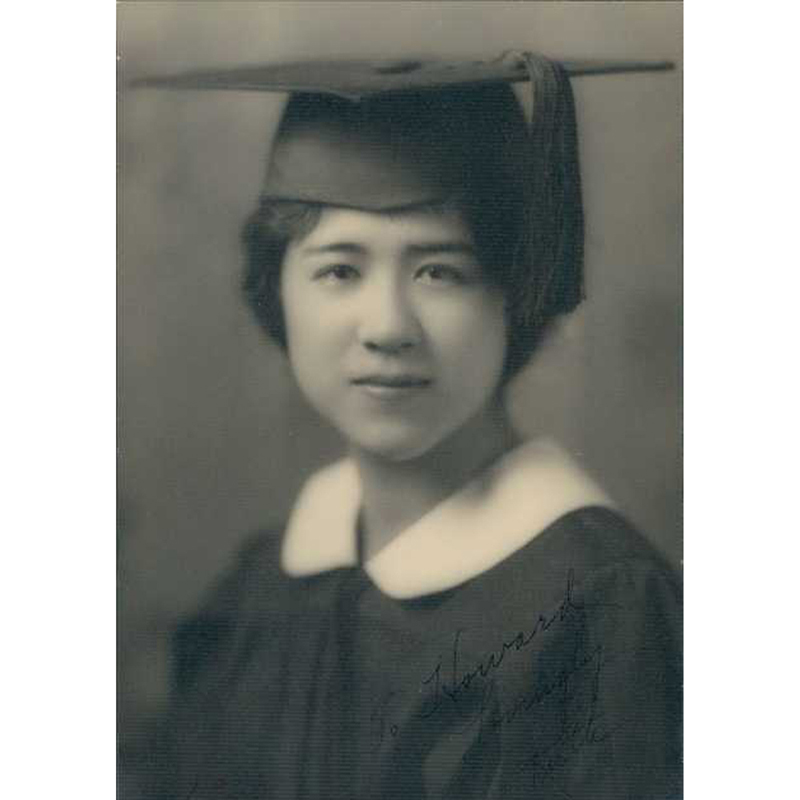 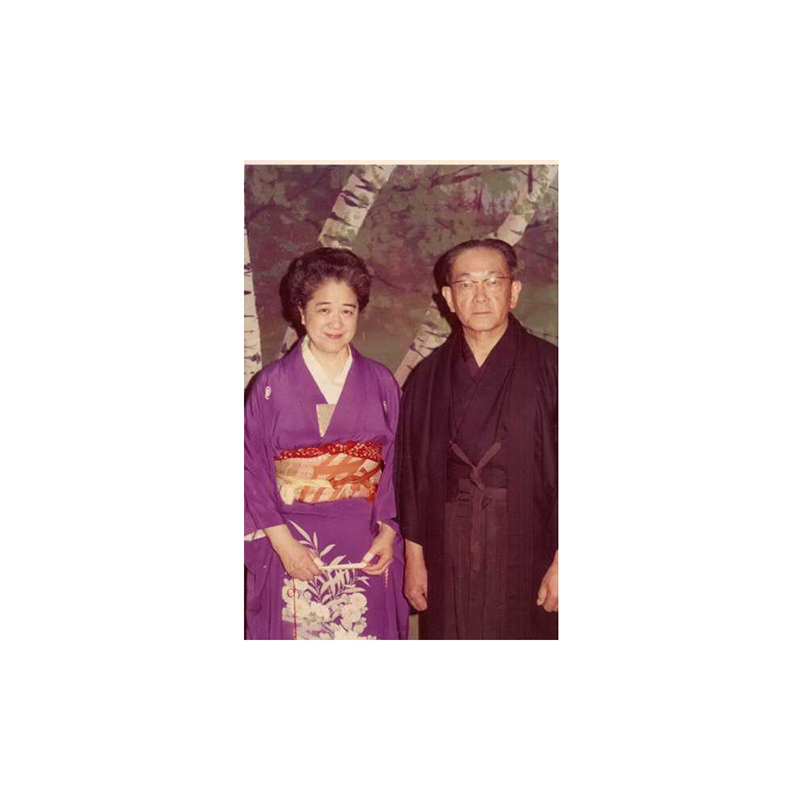 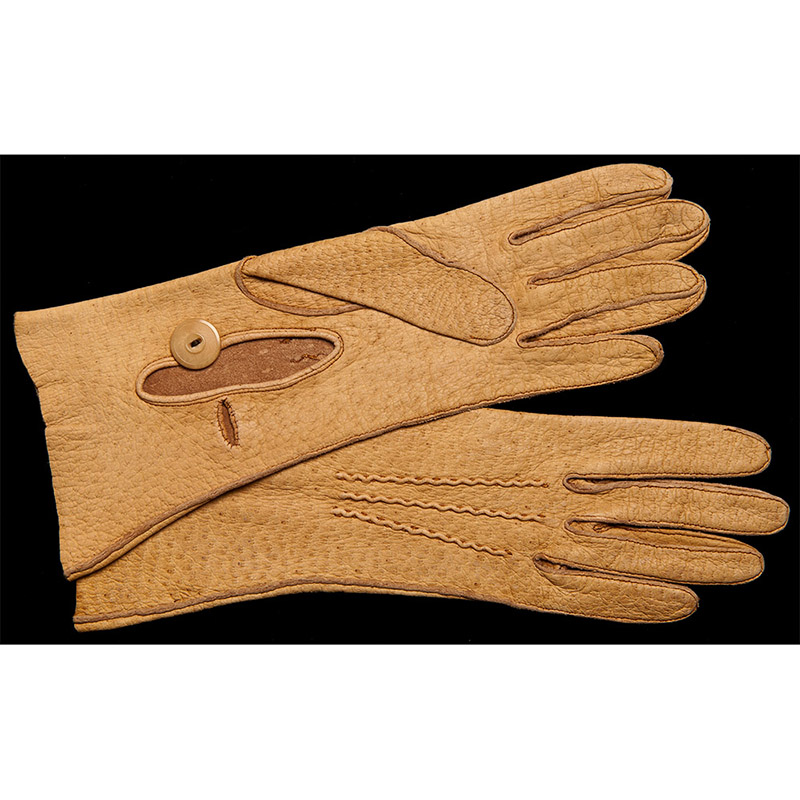 Leather gloves made by Ruth Tanbara, about 1930. MNHS collections. Tanbara taught glove making, flower arranging, and Japanese cooking at the YWCA. She was honored with a memorial garden on Kellogg Boulevard when she retired in 1972. 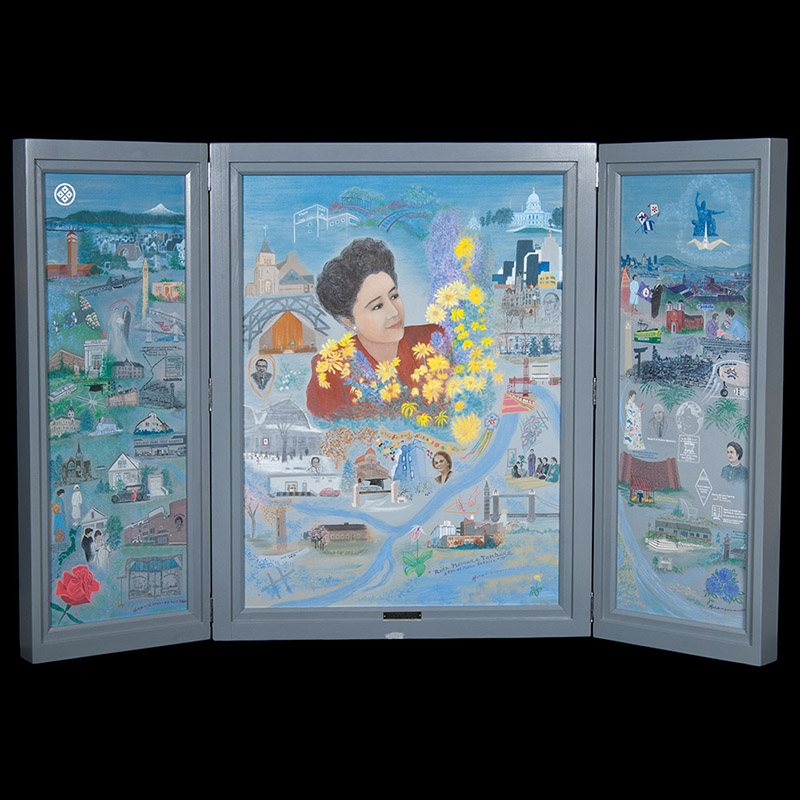 Ruth Nomura Tanbara: A Life of Public Service by HIRO, 2005. MNHS collections. The artist HIRO honored Tanbara’s legacy with this triptych that depicts the impact of her life and work in Oregon, California, and Minnesota. 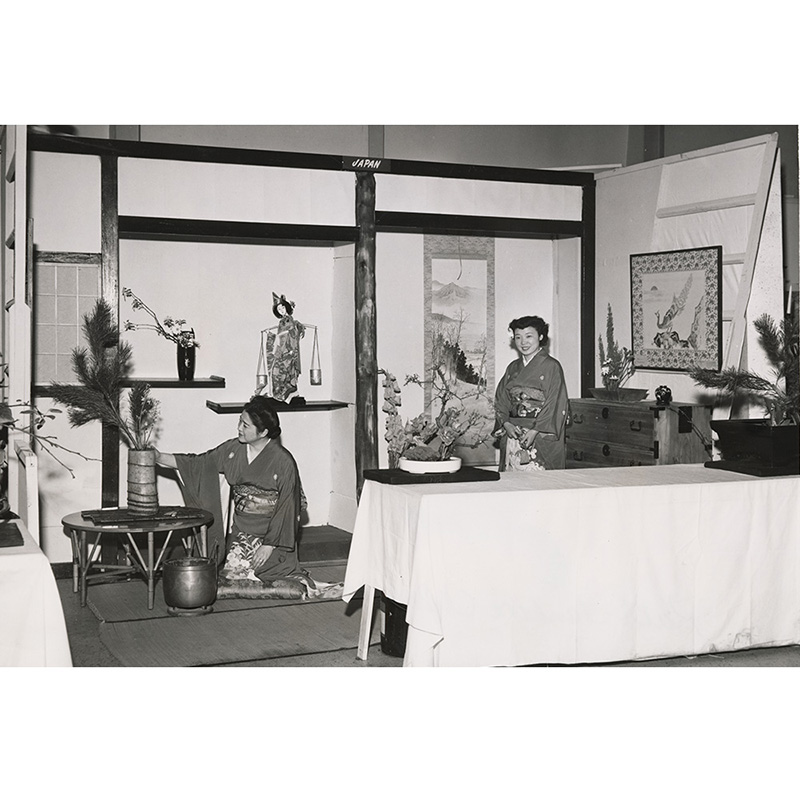 Ruth Tanbara (left) and Michi Rokutani at the Festival of Nations, 1952. MNHS collections. 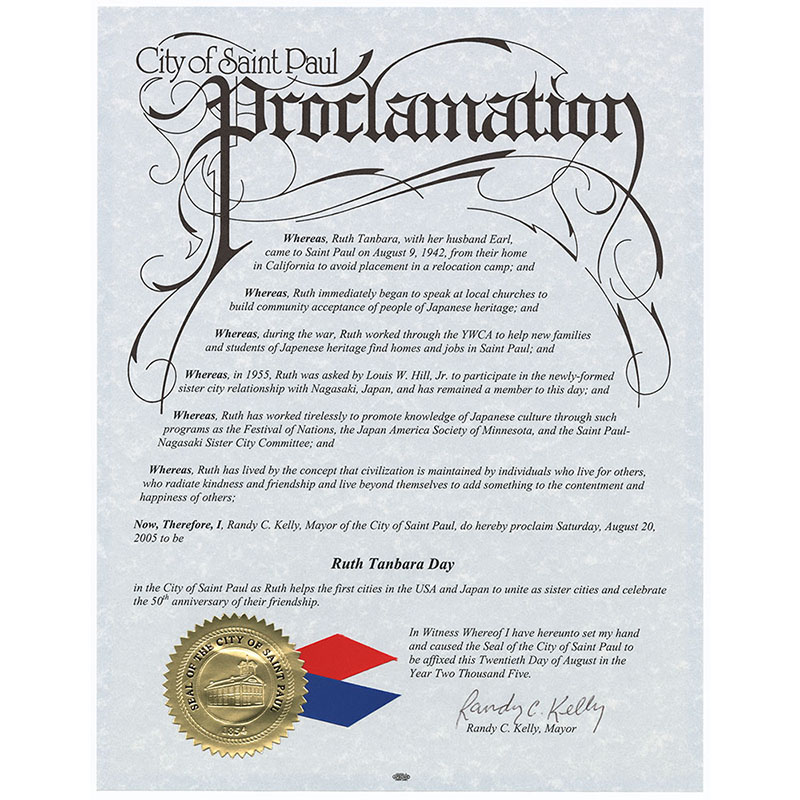 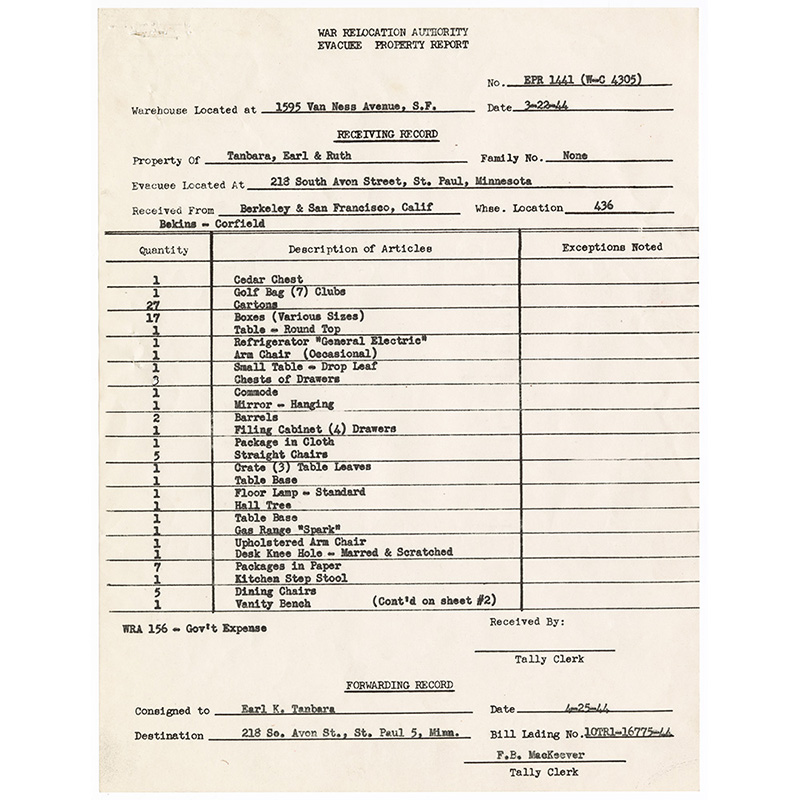 WRA evacuee report, 1944. MNHS collections. Because of Executive Order 9066, the Tanbaras were forced to evacuate their San Francisco home and relocate to St. Paul. Many of their belongings were damaged in transit. 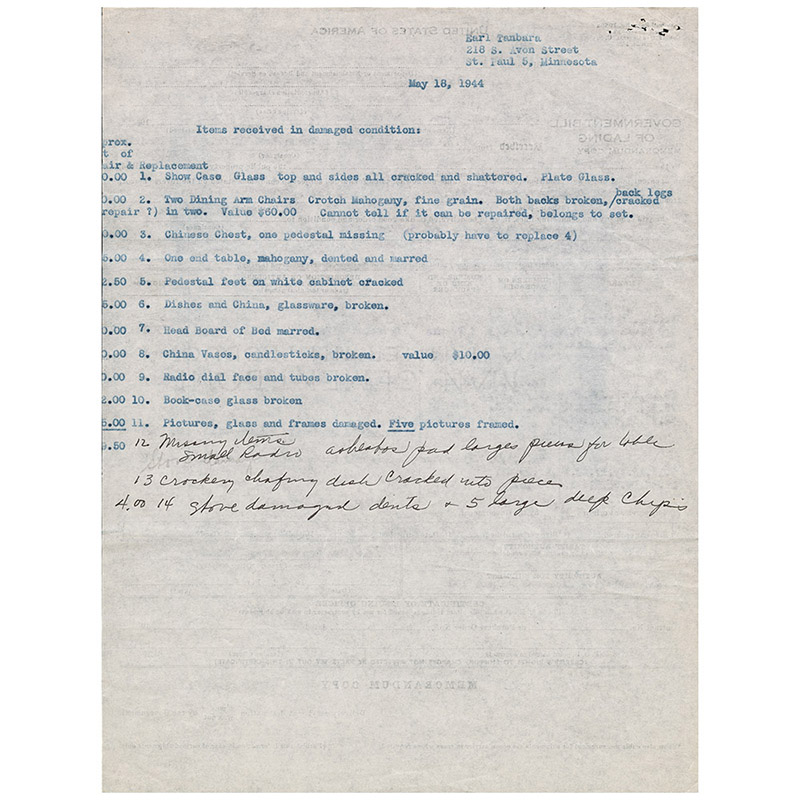 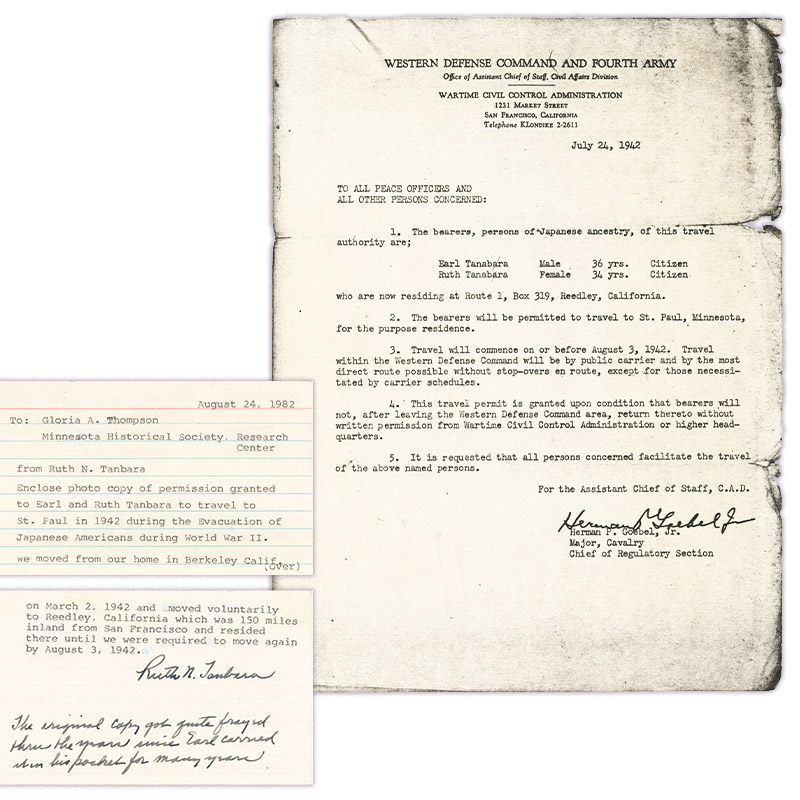 Copy of letter and note from Ruth Tanbara, 1982. MNHS collections. This letter gave the Tanbaras permission to move to St. Paul. In the handwritten note, Ruth said the letter was “quite frayed . . . since Earl carried it in his pocket for many years.”