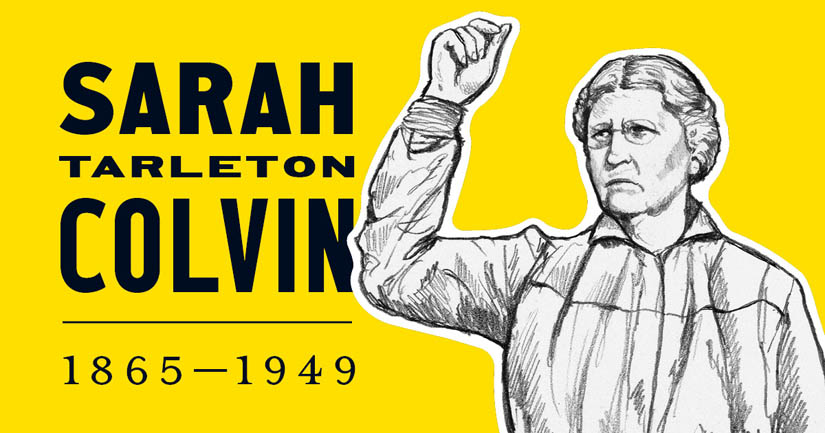 “Suffrage itself is not a vital possession, only a tool with which to work.”

Sarah Tarleton Colvin saw herself as a rebel. As a nurse, she saw the hypocrisy of a democracy that demanded work and sacrifice from women, but barred them from voting. Colvin joined the National Woman's Party (NWP) and traveled across the country to protest this injustice.

NWP members were notorious for their bold, militant tactics. In 1917, they brought their protest to President Woodrow Wilson’s front door. The “Silent Sentinels” picketed outside the White House for months, enduring harassment from passersby and police. They also withstood criticism from the other leading suffrage organization, the National American Woman Suffrage Association (NAWSA). That year, the MWSA, which was NAWSA’s Minnesota branch, publicly declared its disapproval of the NWP pickets.

To increase pressure on Wilson, the Silent Sentinels burned his speeches and political tracts in “watch fires for freedom.” The most spectacular of these took place on February 9, 1919, when Colvin and others burned Wilson in effigy.

Colvin spent a total of ten days in prison, during which she joined a hunger strike. “I was violently nauseated after the second day, my head ached all of the time, and I was unable to sleep.” Colvin later recounted her experiences in the “Prison Special” tour across the country. 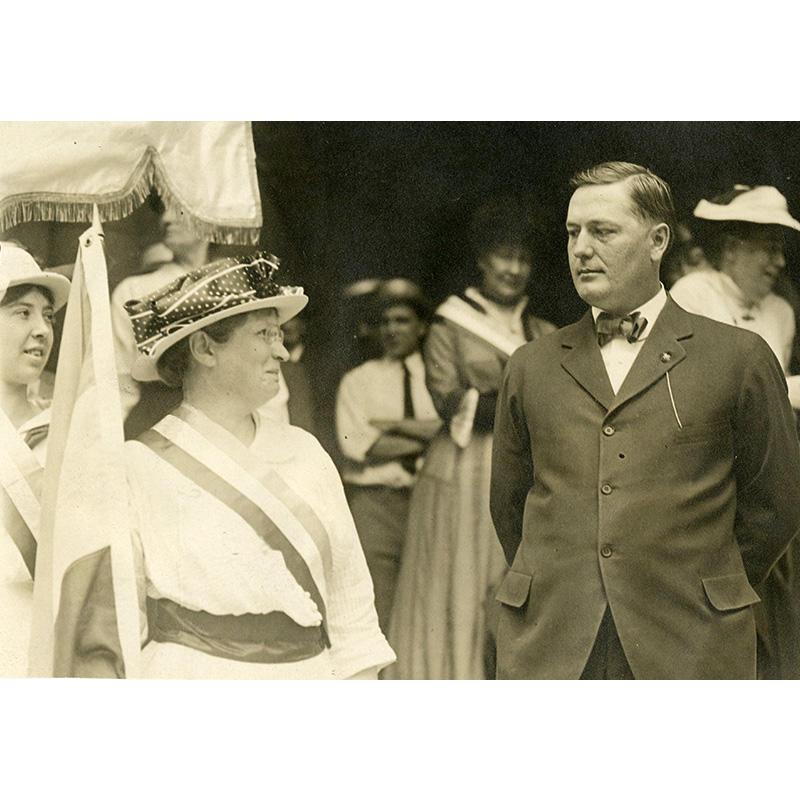 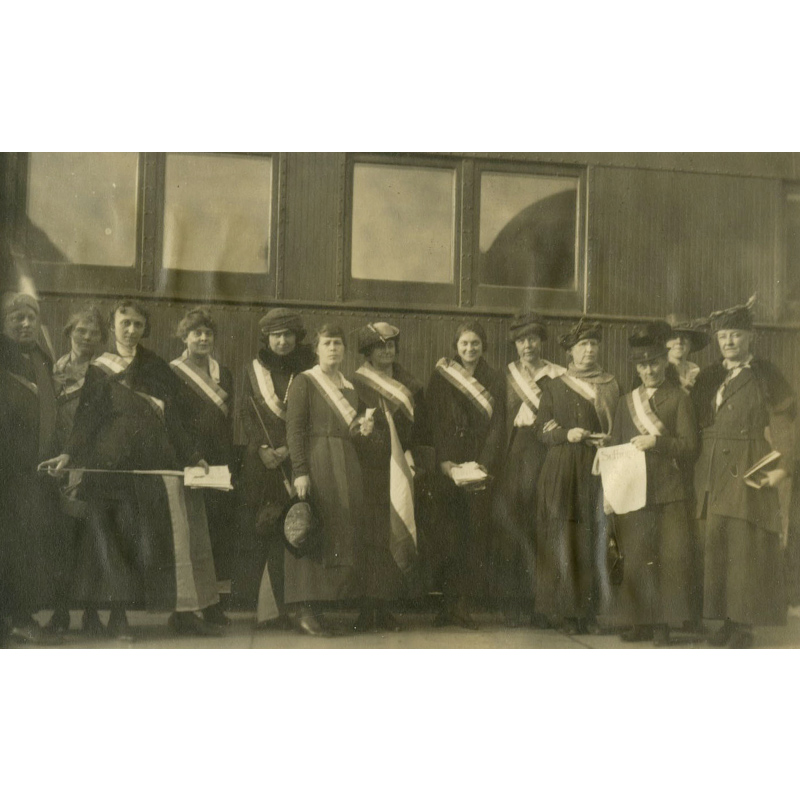 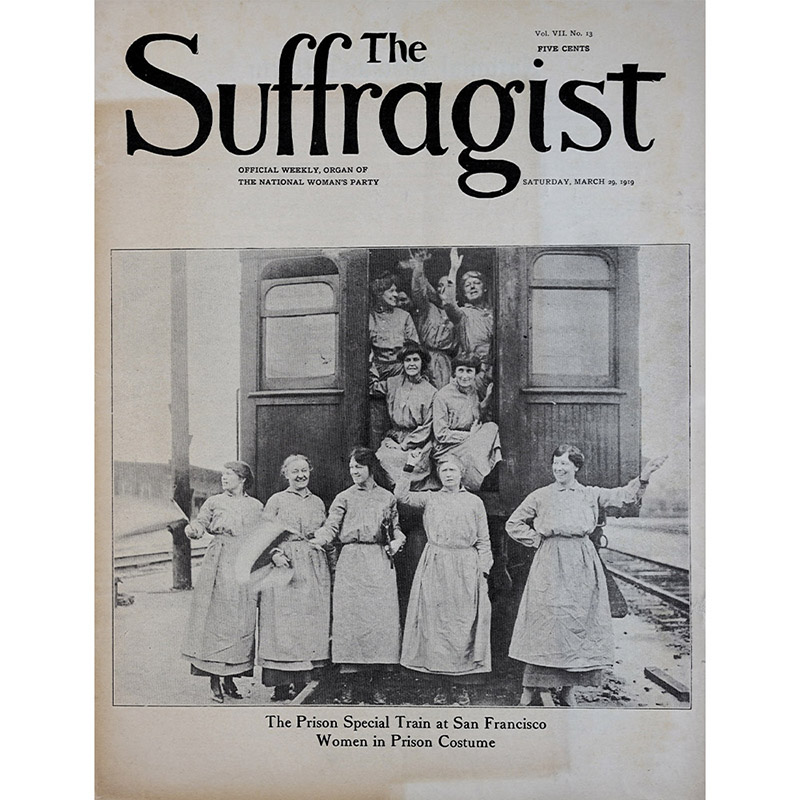 The Suffragist, March 29, 1919. Courtesy Staten Island Museum. Clad in a prison dress, Colvin (second from right) recounted her experiences in jail as part of the national Prison Special tour. 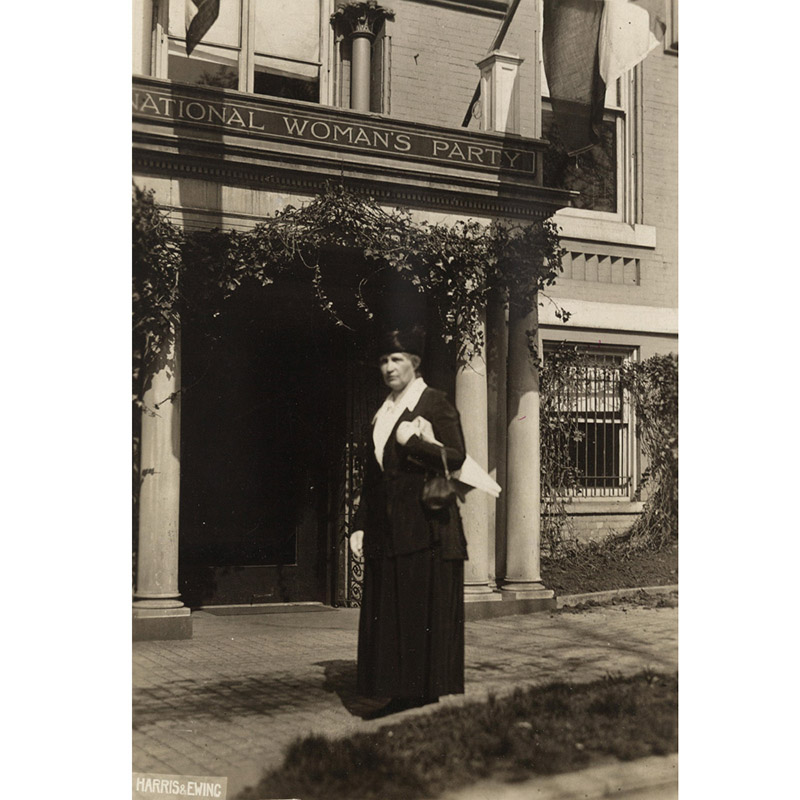 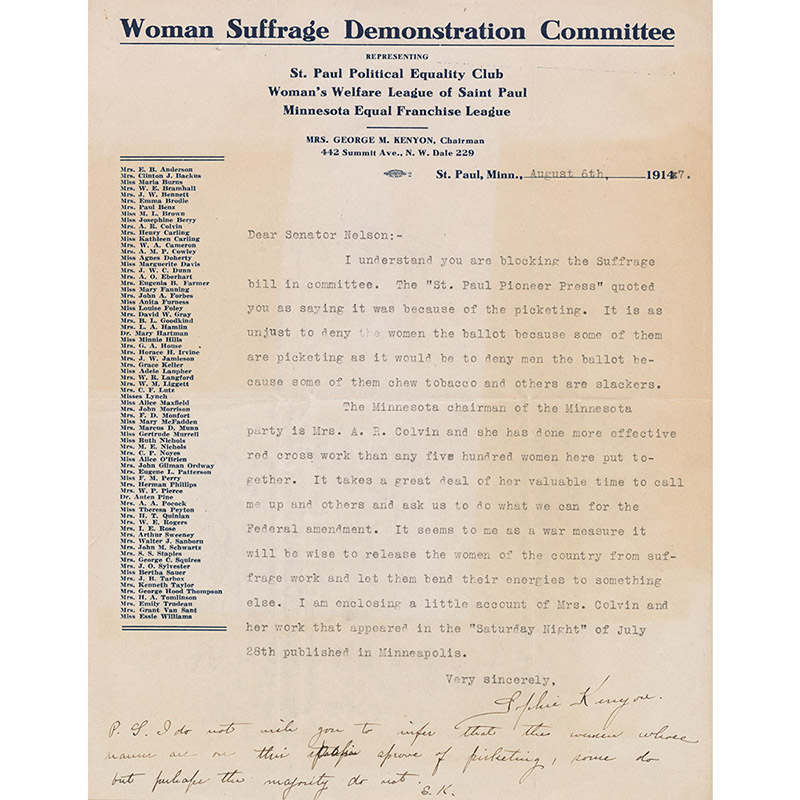 Letter from Sophie Kenyon urging support of suffrage “as a war measure,” 1917. MNHS collections. As World War I raged on, Kenyon argued that Red Cross nurses like Sarah Colvin should not have to split their effort for the suffrage cause. 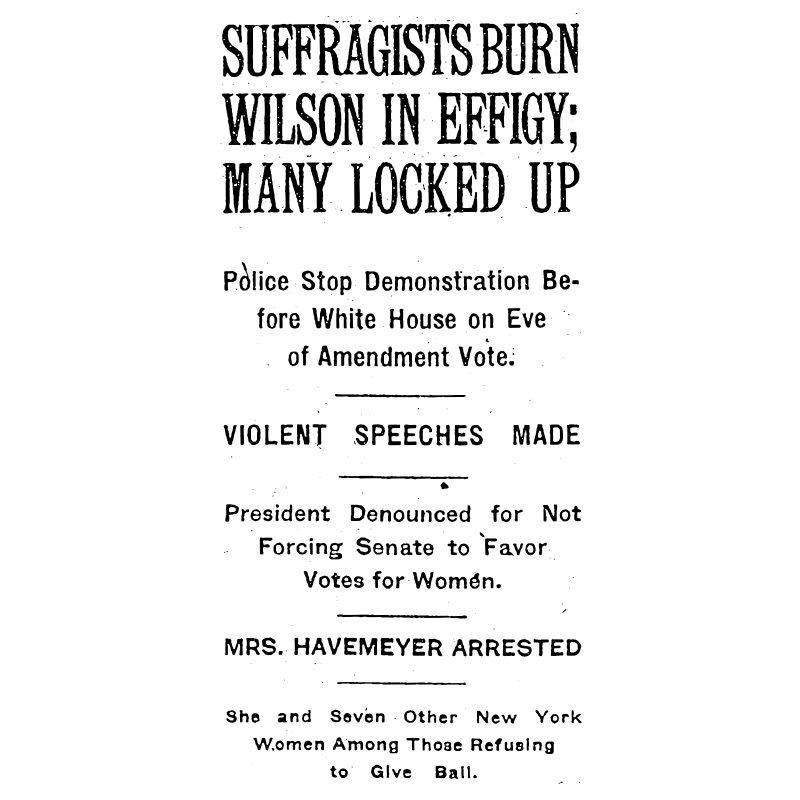 Clipping from The New York Times, February 10, 1919. Courtesy The New York Times. Colvin was among those arrested and imprisoned for protesting President Wilson’s lack of support for woman suffrage by burning him in effigy. 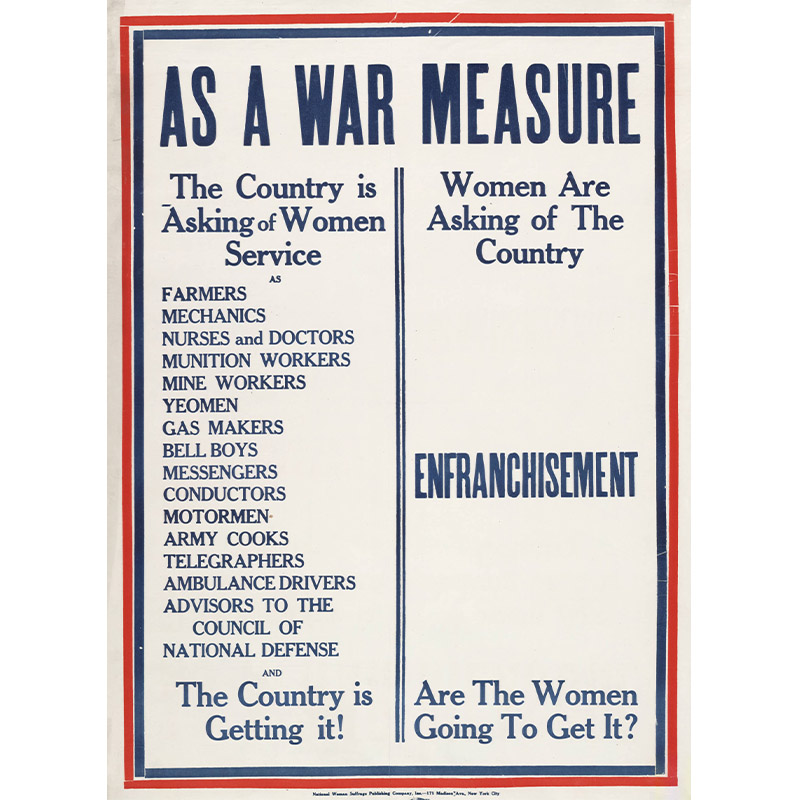 Poster, about 1918. Courtesy University of Minnesota Archives. As World War I raged on, suffragists like Sarah Colvin, a Red Cross nurse, asked how the country could demand so many great sacrifices from women, yet not affirm their right to vote.