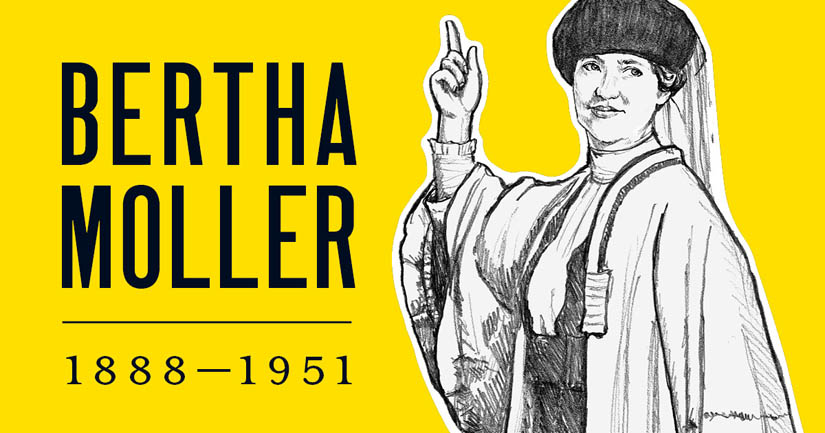 “I’m really tired but it’s the kind you feel after putting over something with love.”

To rally support for enfranchising women in rural Minnesota, Bertha Moller left her home in Pinewood for weeks-long speaking tours across the state. She spoke with strangers in their homes, in schoolhouses, and in church basements. She delivered her stump speech for suffrage, never certain whether she would be met with support or skepticism.

As she criss-crossed the state by train, Moller recruited members for the Minnesota Woman Suffrage Association (MWSA). Building statewide support for woman suffrage was key to convincing lawmakers that the cause was vital.

At their annual conference in 1917, MWSA members decided not to support pickets at the White House led by the National Woman’s Party (NWP). The picketers, known as the “Silent Sentinels,” were seen as unpatriotic. However, some MWSA members, including Moller, supported the pickets, causing a rift within the organization.

Moller left the MWSA, and Minnesota. She went to Washington, DC, where she joined the NWP pickets. The crowds she faced there were more hostile than those back home, and many of the women were attacked and arrested by local police. Moller was reportedly arrested eleven times, more than any other Minnesotan suffragist. 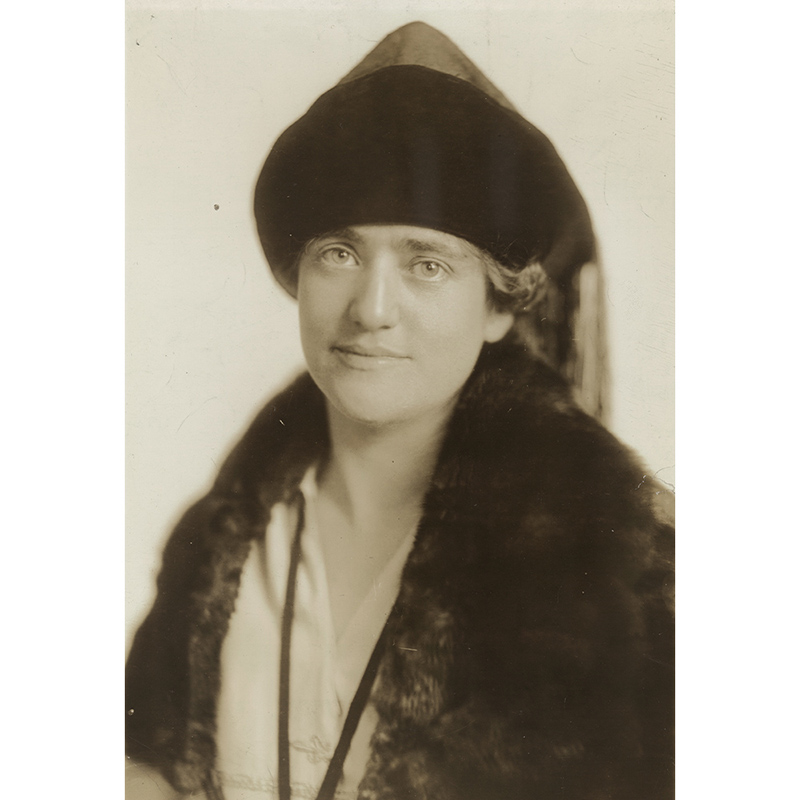 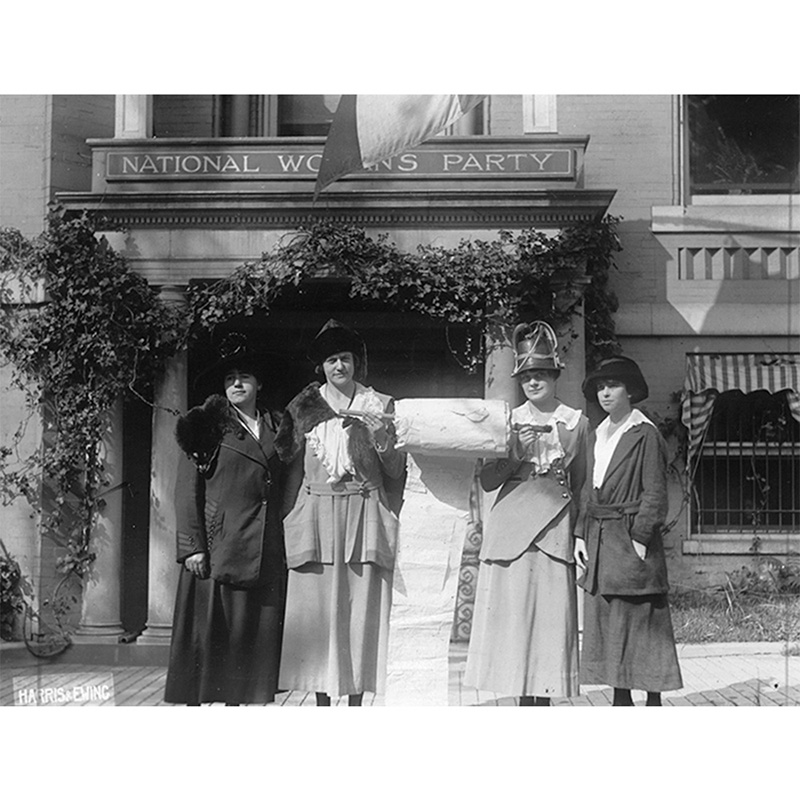 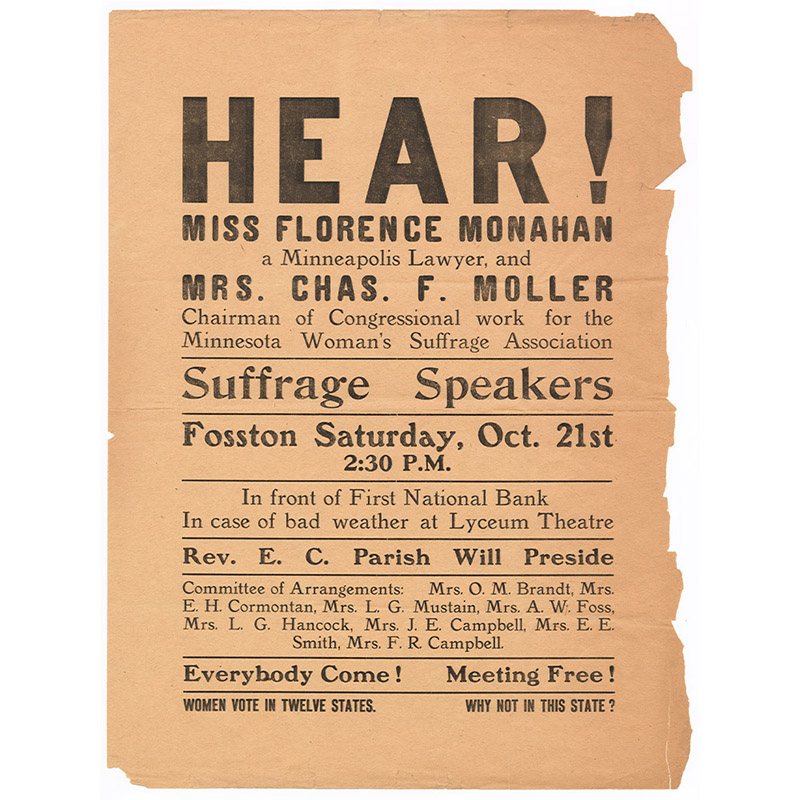 Flyer featuring Bertha (Mrs. Chas. F.) Moller, about 1917. MNHS collections. Moller traveled the state for weeks at a time stumping for suffrage, never certain whether she would be met with support or skepticism. 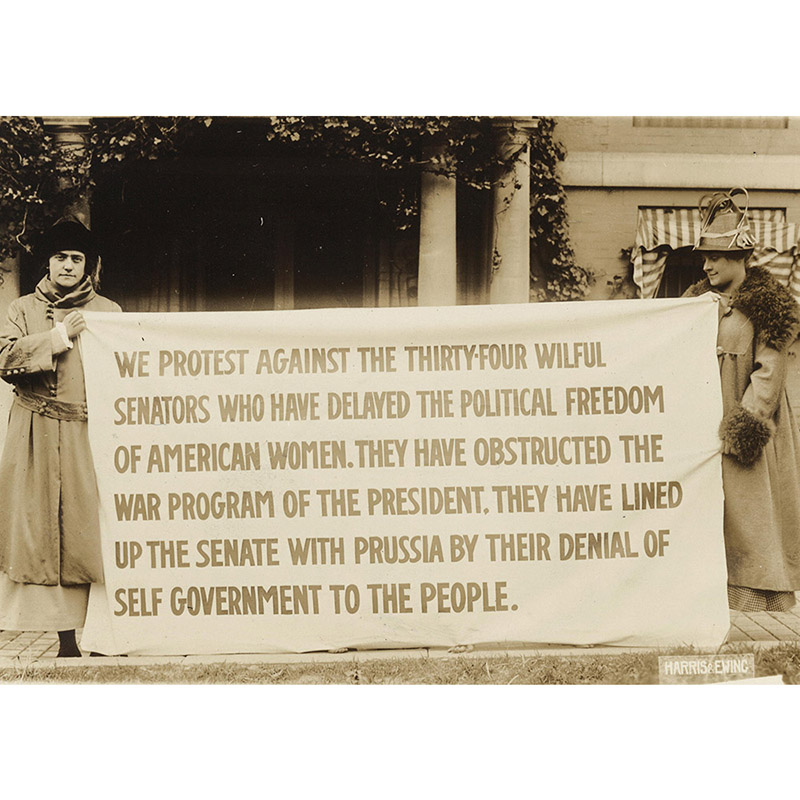 Bertha Moller, left, with a NWP banner, about 1917. Courtesy Library of Congress. Moller reportedly bit a police officer’s finger when he tried to take away her protest banner. Other witnesses insisted that he just scratched his finger on a pin. 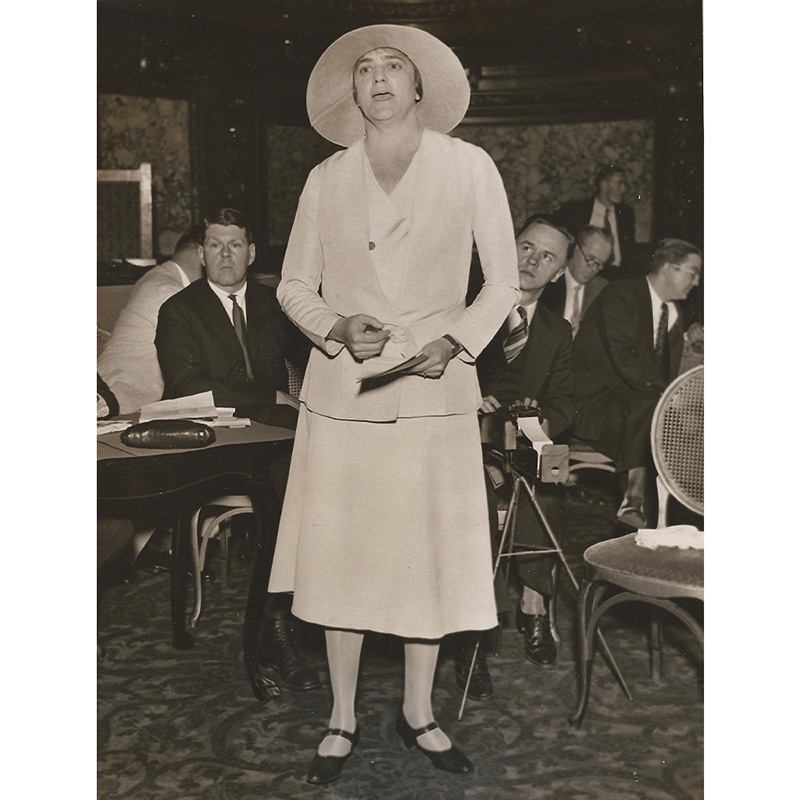 Bertha Moller Delin addressing the Resolutions Committee of the Democratic National Committee, Chicago, June 23, 1932. After 1920, Moller remarried and became a successful lawyer in Chicago and DC. She died at home in San Francisco at age 63.