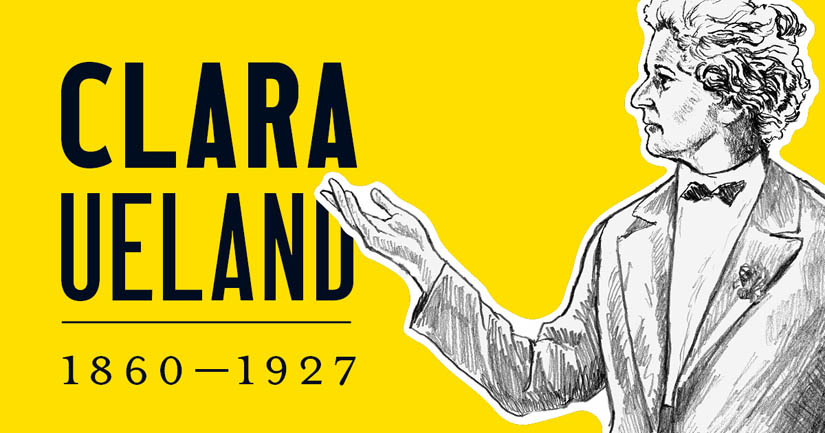 “We believe that we are on the last stretch of the road to the attainment of political freedom for women.”

Clara Ueland, in a letter to members of the Minnesota Woman Suffrage Association, August 30, 1918

Clara Ueland joined the suffrage movement after her daughter Elsa inspired her to do so. Before becoming a suffrage leader, Clara Ueland was an advocate for kindergartens and infant welfare. A mother of eight, she was a progressive parent. She resisted traditional gender roles for her children and taught them to become informed citizens.

Ueland’s prowess as a leader earned her great respect among her peers. With strategy and tact, she helped steer Minnesota suffragists through the final hurdles to passing the 19th Amendment. After its passage, Ueland oversaw the transition of the MWSA to the Minnesota League of Women Voters. 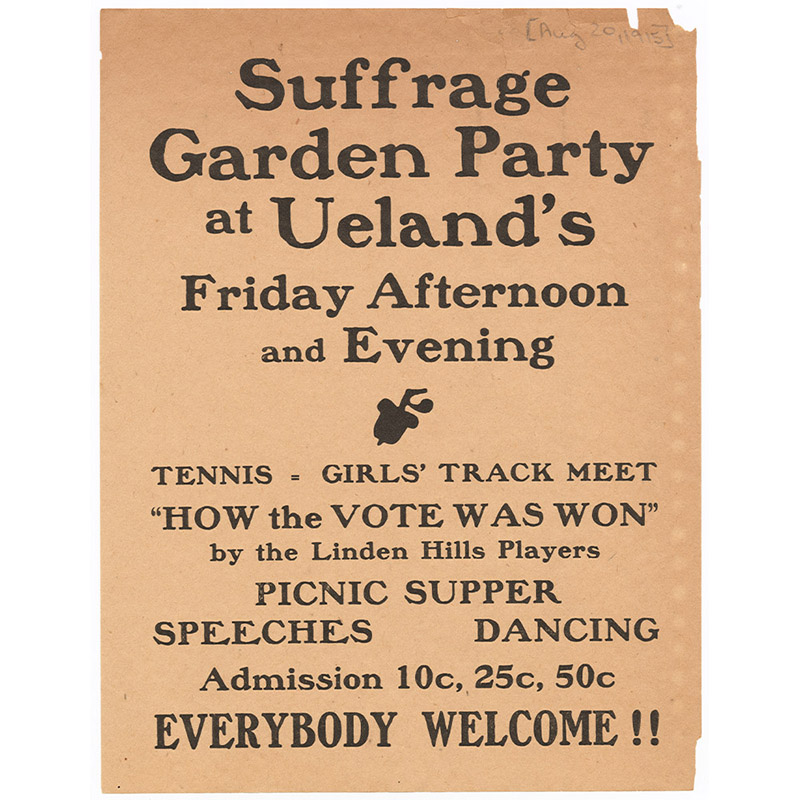 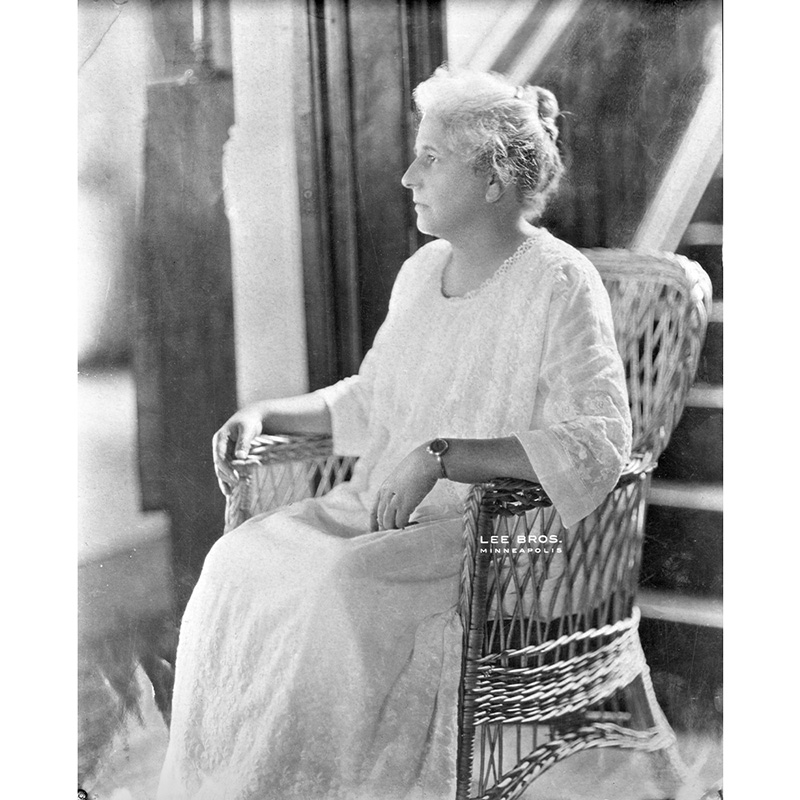 Clara Ueland, about 1925. MNHS collections. After the passage of the 19th Amendment, Ueland oversaw the transition of the MWSA into the newly formed League of Women Voters of Minnesota. 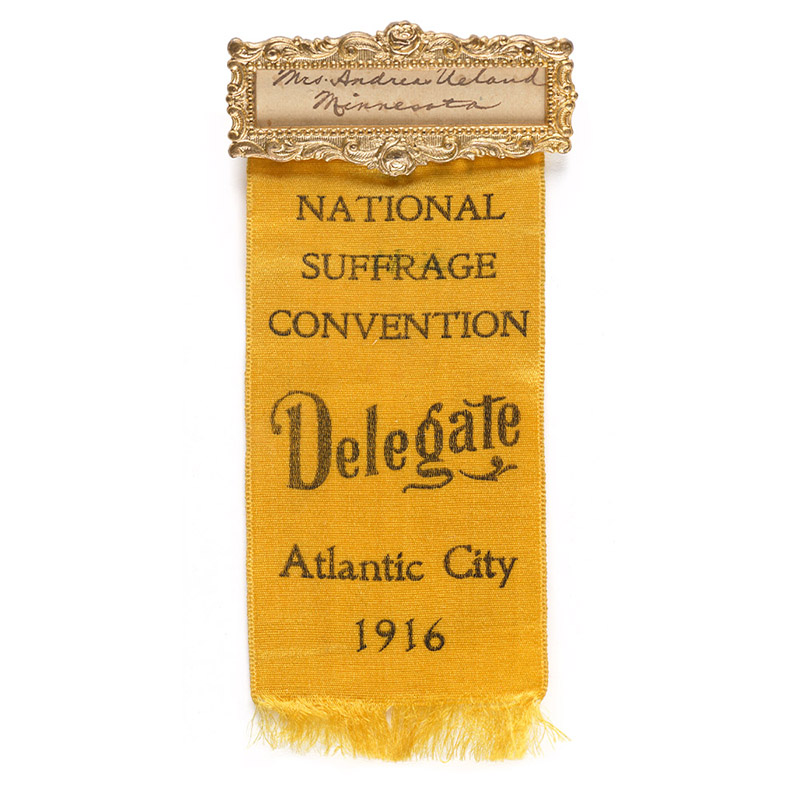 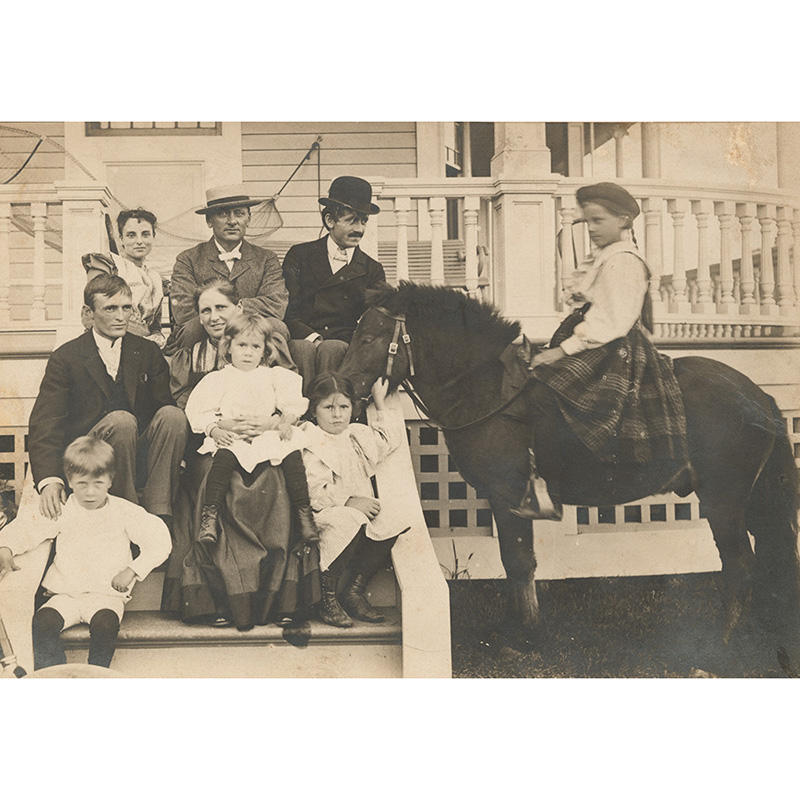 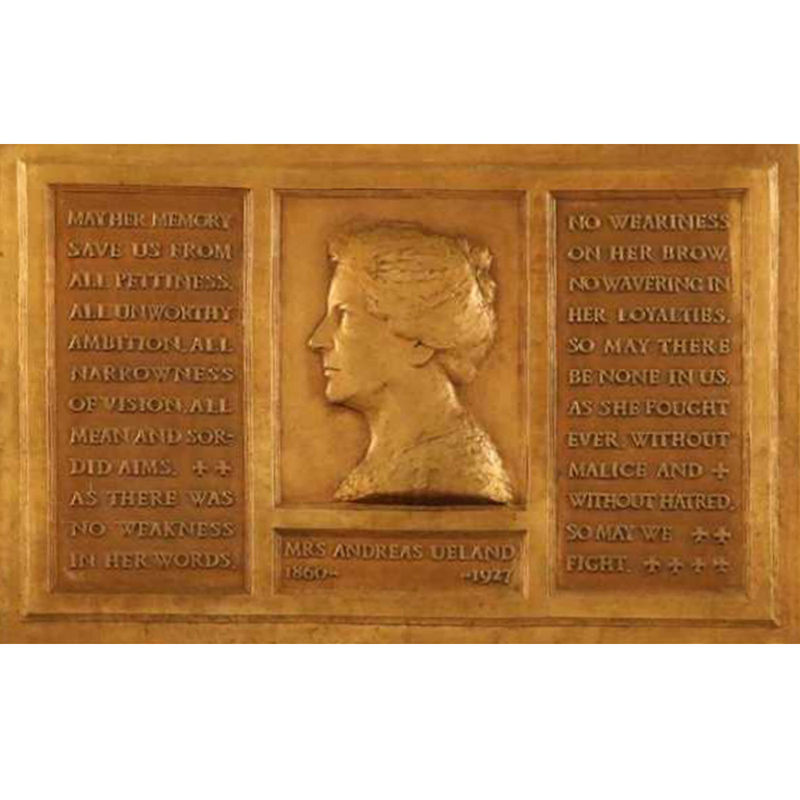 Plaque, 1927. MNHS collections. Ueland’s leadership earned her great respect among her peers. With strategy and tact, she steered Minnesota suffragists through the passage of the 19th Amendment. She is honored with a plaque at the Minnesota State Capitol. 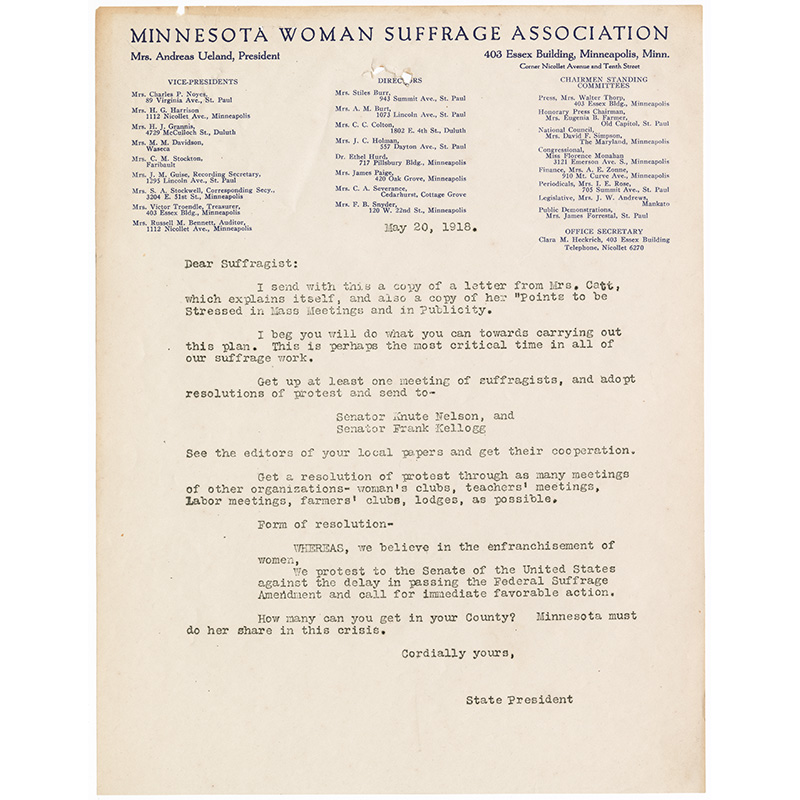 Letter from Ueland, 1918. MNHS collections. As energy for the 19th Amendment grew, Ueland kept Minnesota suffragists organized. Her letters to legislators included talking points to be used in support of women’s right to vote.