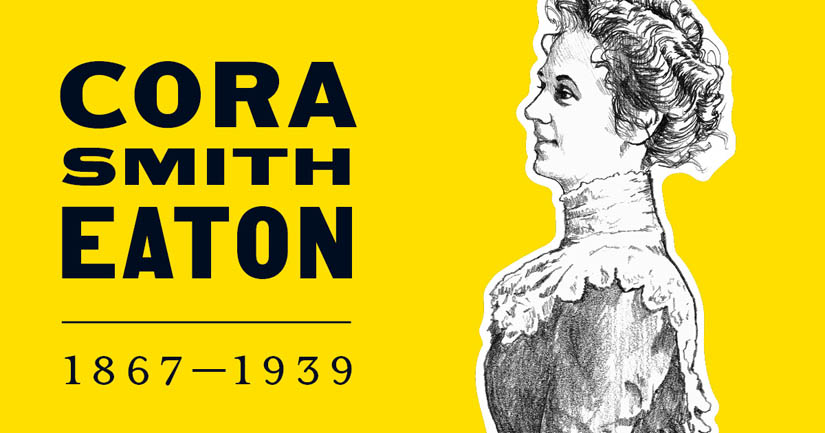 “The tendency, the world over, is toward equality between men and women — toward removing all barriers and letting individual tastes guide both, as they formerly guided men only, in the choice of college and profession.”

Cora Smith Eaton took great strides for votes for women. She literally climbed a mountain to publicize the cause of women’s right to vote, scaling Mount Rainier in Washington to plant a “Votes for Women” flag at its summit. An eager and talented orator and doctor, Eaton boldly proclaimed women’s equality with men.

Eaton was about more than grand gestures, though. She understood that winning the vote required the serious work of building strong coalitions across the country. In 1896, when Eaton moved from North Dakota to Minneapolis, she joined the Minnesota Woman Suffrage Association (MWSA) to help organize the state. She was elected its president one year later.

In 1901, Minneapolis was selected to host the annual convention of the National American Woman Suffrage Association (NAWSA), with which the MWSA was affiliated. As the general chair of the local organizing committee, Eaton made arrangements for this important gathering of suffragists from around the country. The Minneapolis Journal reported that Carrie Chapman Catt, president of NAWSA, regarded Eaton “as having more energy, executive ability, tact and enthusiasm than any other woman she knew.” 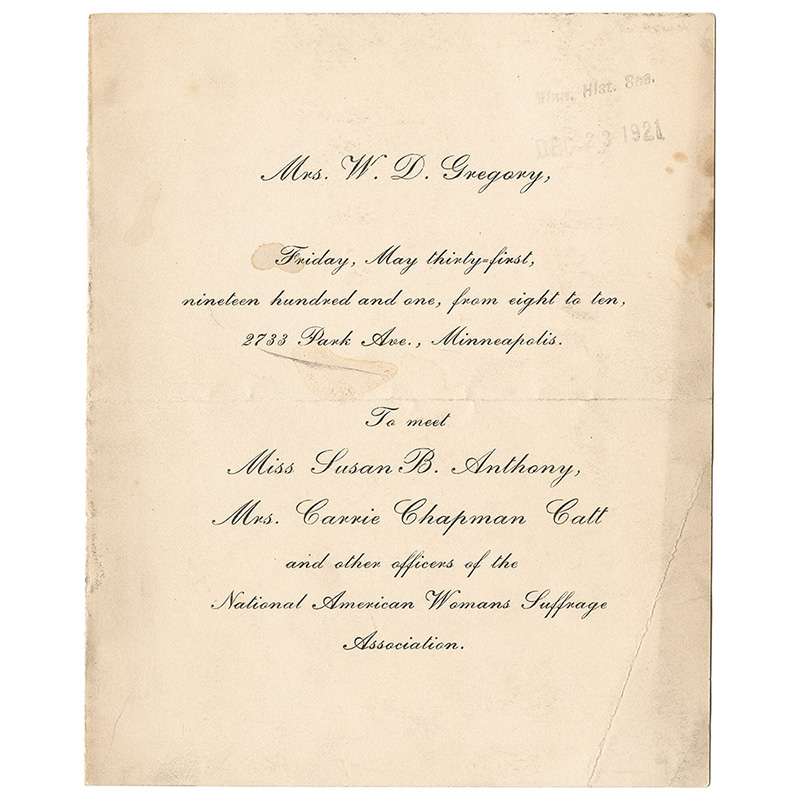 Invitation, 1901. MNHS collections. A private reception was held in one of the beautiful mansions on Park Avenue. Convention organizers and delegates were invited to the home of Nellie Gregory to mingle with Susan B. Anthony and Carrie Chapman Catt. 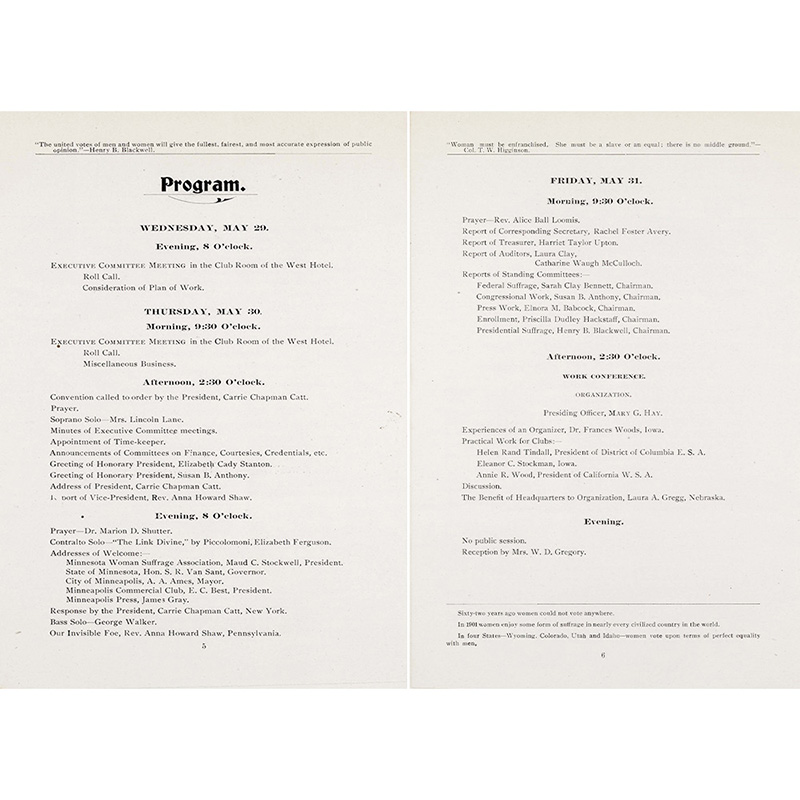 National American Woman Suffrage Association convention program, 1901. Courtesy Library of Congress. The days were packed for convention attendees, with speakers, discussion groups, and entertainment planned from 9:30 am until well into the evening. 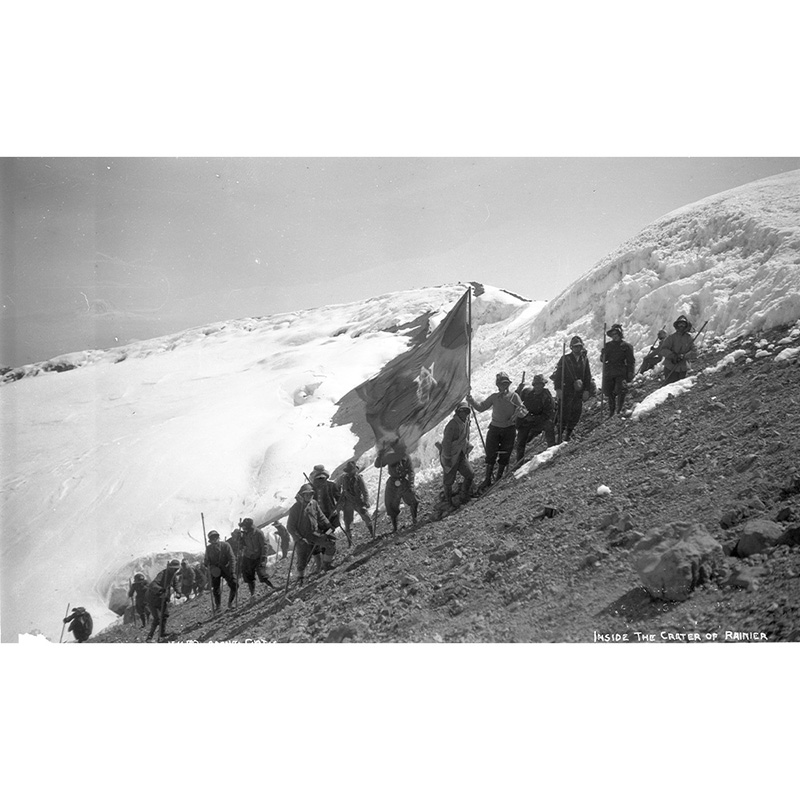 On the Summit of Rainier, July 1909. Courtesy Washington Historical Society, Tacoma, Washington. 1943.42.15489. Eaton climbed Mount Rainier with this group during the National American Woman Suffrage Association conference. She carried with her a “Votes for Women” flag. 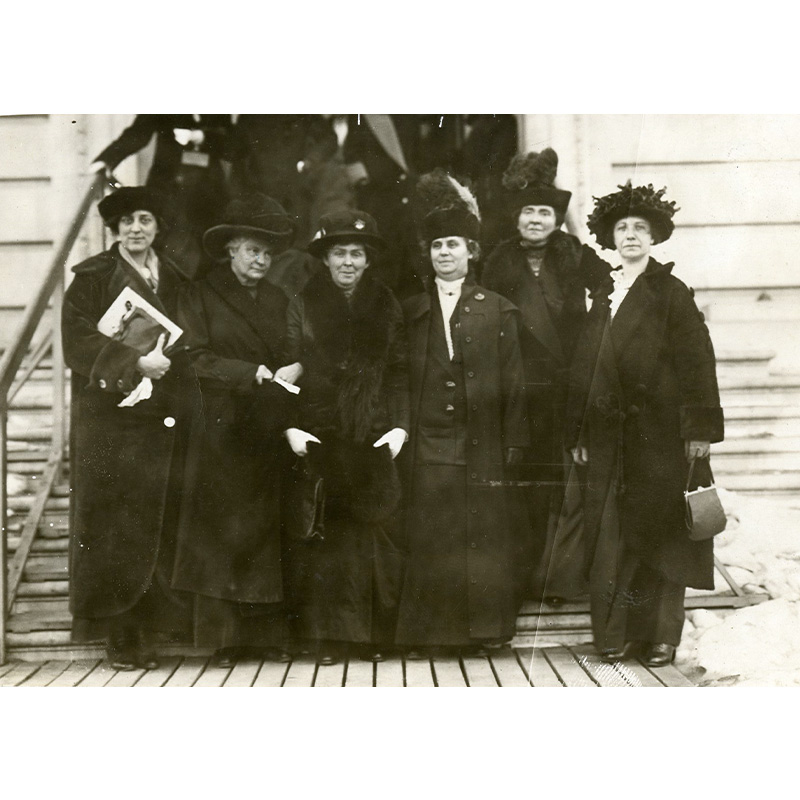