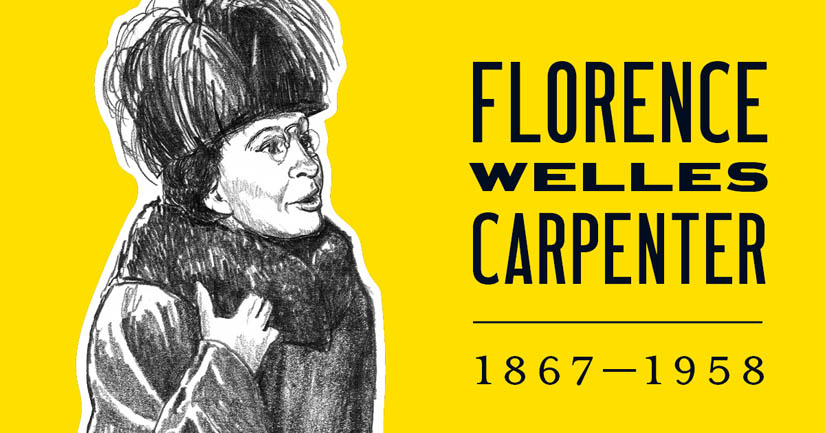 “It may be asked, would not woman’s influence be all the greater if she possessed the ballot? We do not believe so. We think it is very much more potent because she is non-partisan.”

Florence Carpenter believed that women could support the democratic process without voting. Recognized for her intelligence and wit, she was an effective speaker whose arguments were clear and consistent.

In some states, “suffs” and “antis” waged bitter battles. In Minnesota, exchanges were mostly respectful. In 1914, Carpenter and Lavinia Gilfillan debated their friends Clara Ueland and Josephine Schain at the University of Minnesota on the topic of votes for women. “My contention is that the world’s great jobs should be divided between men and women, for the sake of efficiency,” said Carpenter, “and that this should be done in the spirit of comradeship.”

This level of collegiality extended to a March 1915 hearing at the State Capitol on a state constitutional amendment enfranchising women (which was defeated). Women signalled their positions through the “flower code” of the movement. Suffragists wore yellow jonquils; anti-suffragists wore red roses. “Each feminine force sent to the desk of Lieutenant Governor Burnquist a magnificent bouquet,” reported the Minneapolis Tribune. “One vase he placed on his right side and one on his left. Between the two, their odors intermingling, he peered out over the scene of conflict.” 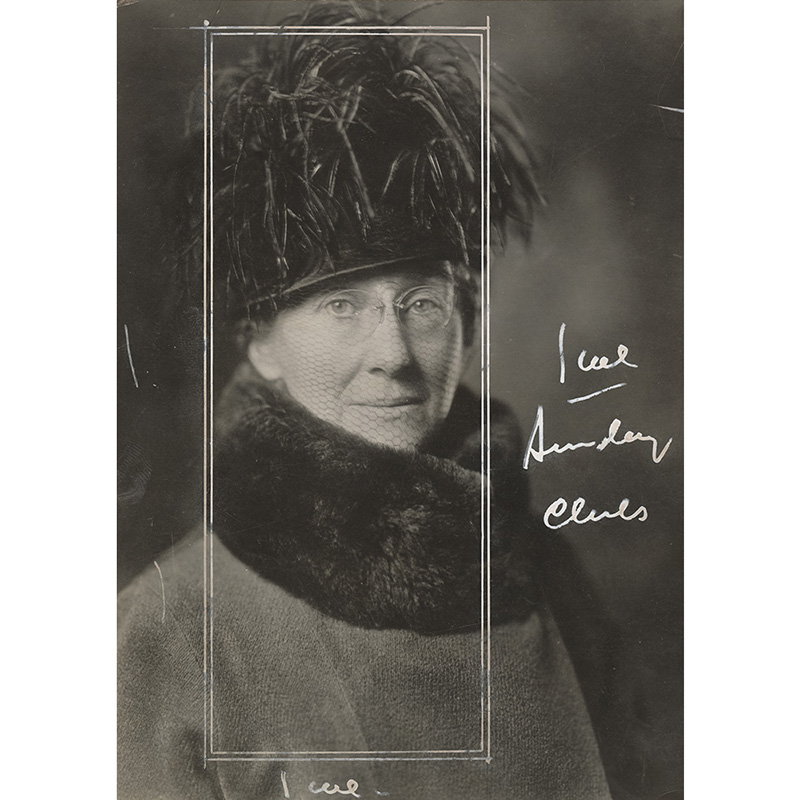 Florence Welles Carpenter, about 1925. MNHS collections. A graduate and trustee of Wells College in New York, Carpenter had “a firmly established reputation for her fine intellect and eloquence,” according to suffrage historian Barbara Stuhler. 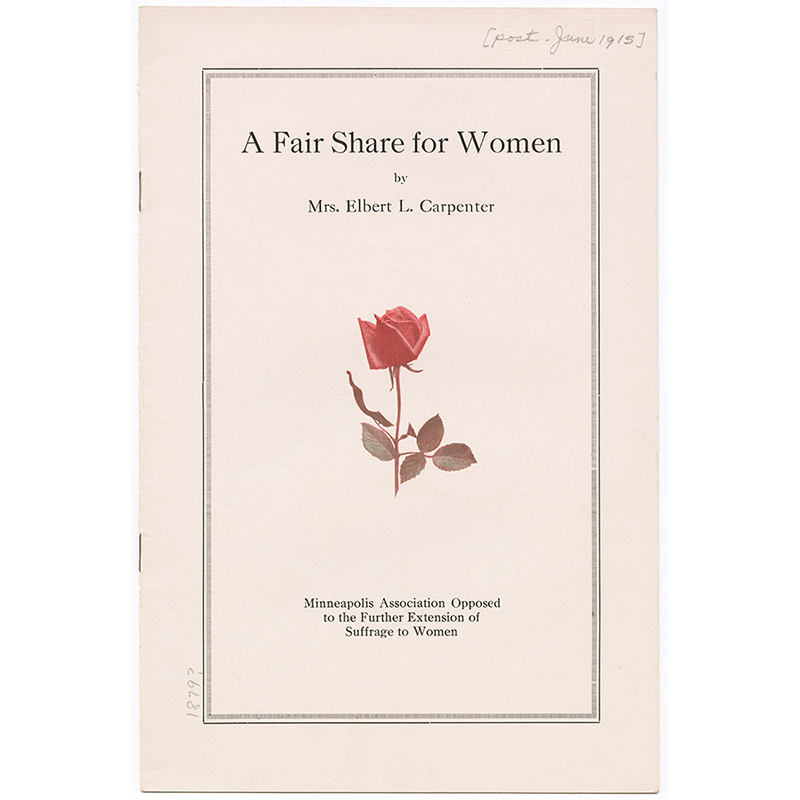 A Fair Share for Women, by Florence Welles Carpenter, undated. MNHS collections. This pamphlet outlining Welles’s arguments is adorned with a red rose, the symbol of the anti-suffrage movement. 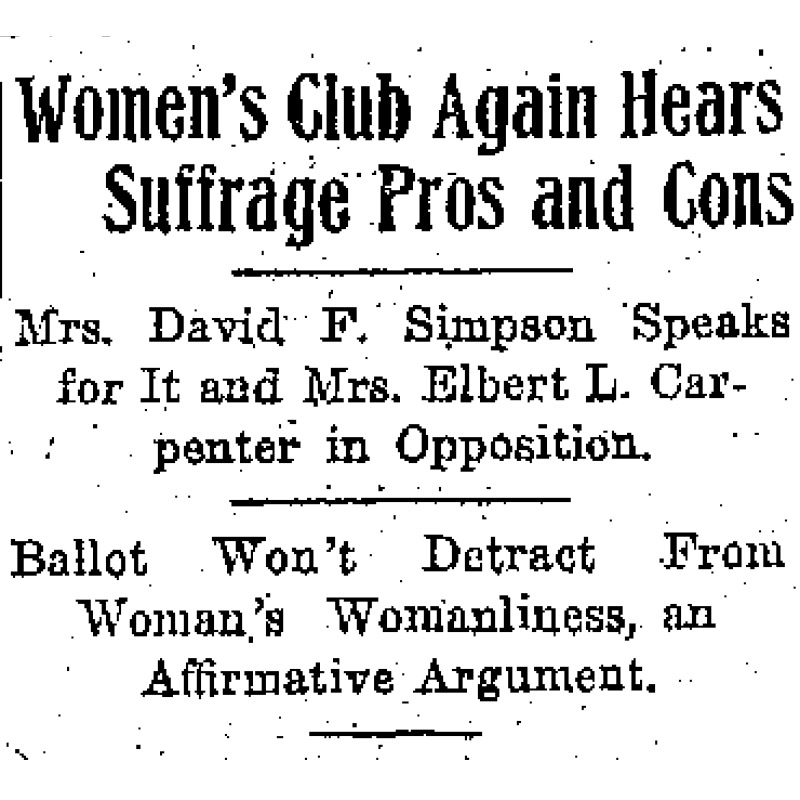 The Minneapolis Morning Tribune, November 10, 1914. MNHS collections. In a debate with suffragist Josephine Sarles Simpson, Carpenter said, “Let’s be dead sure that we are bettering our good job before we change it.” 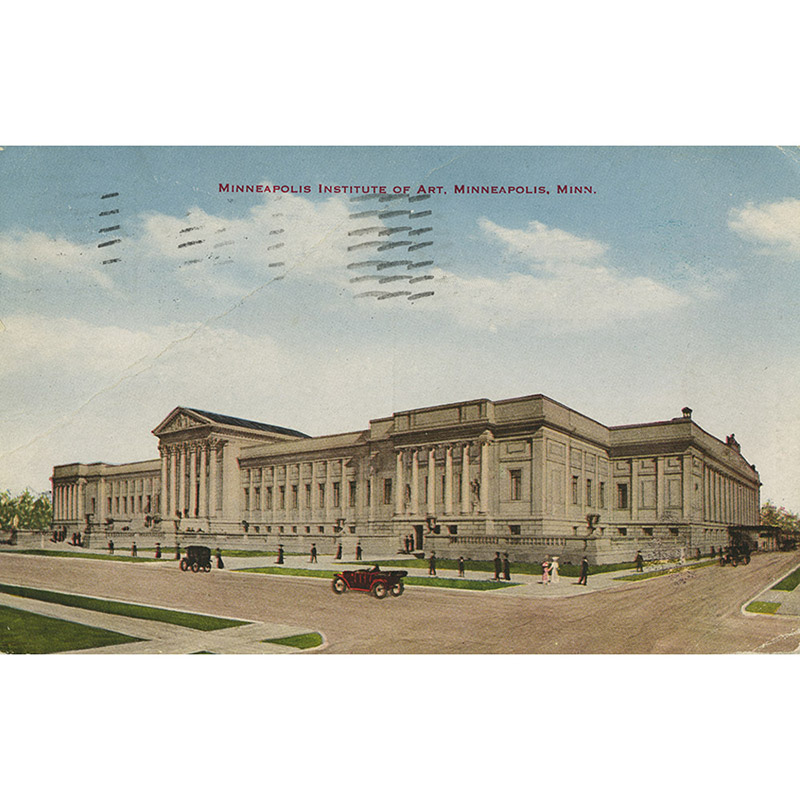 Postcard, 1915. MNHS collections. Carpenter was a trustee of the Minneapolis Society of Fine Arts and its successor, the Minneapolis Institute of Arts. She persuaded her brother-in-law, Eugene Carpenter, to head the museum’s first building-fund drive.