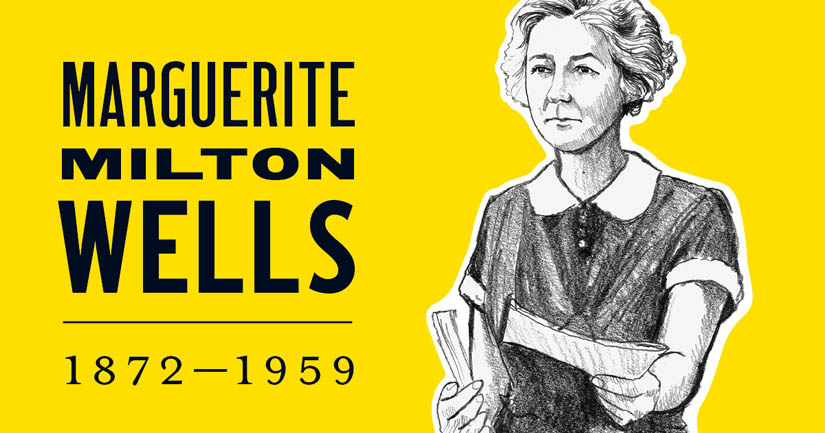 “The thing that thrills me is that women are not stopping work and sitting down and folding their hands, now that the vote is won, but they are immediately going on to plan on how to use it.”

In 1917, Marguerite Milton Wells walked into the office of the Minnesota Woman Suffrage Association (MWSA) for the first time. One of a new generation of woman suffragists, Wells was ready to work toward a goal that seemed, finally, within reach.

MWSA president Clara Ueland spotted Wells’s potential and put her to work. In 1918, the influenza epidemic shut down MWSA’s annual meeting. Wells instead led a statewide drive that added 90,000 signatures to a petition supporting the federal suffrage amendment.

Fast-forward to 1920. The suffrage amendment had passed. The MWSA had become the Minnesota League of Women Voters. After six months as the League’s president, Ueland turned over the reins. Wells steered the Minnesota League until 1934, when she left for Washington, DC. For the next decade, Marguerite Wells headed the National League of Women Voters.

As the third president of the national League — and the last to have been a suffragist — Wells left her mark. She wrote that the “unique aim” of the League was to “cause more people to use effectively what knowledge they possess.” Her belief in the power of informed citizens is still at the heart of the League of Women Voters’ mission. 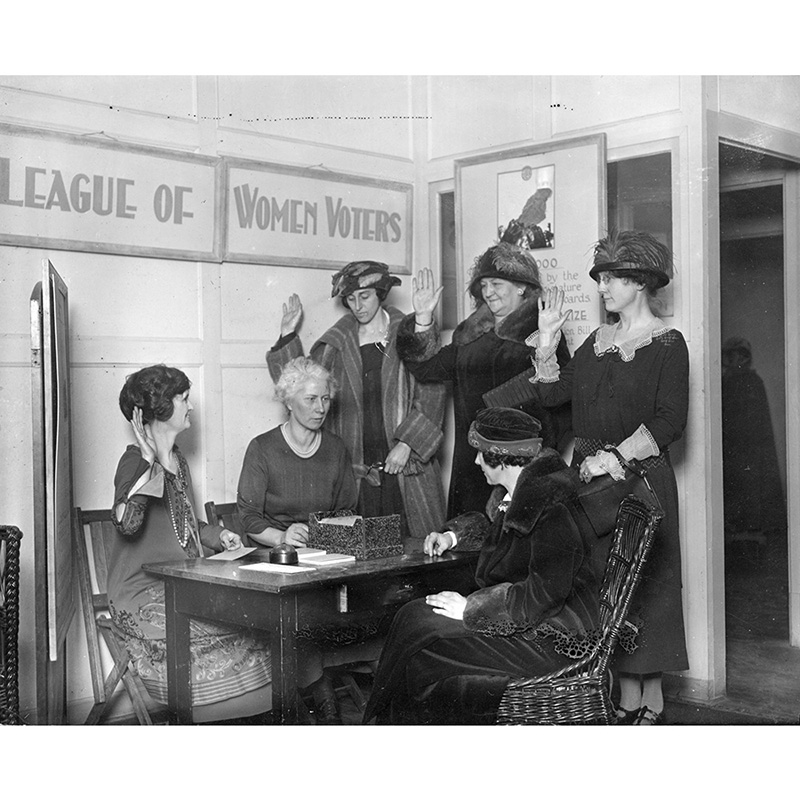 League of Women Voters booth, about 1923. MNHS collections. The woman at the center of this group appears to be Marguerite Milton Wells. Given the setting, she was likely registering new voters or swearing in new League members. 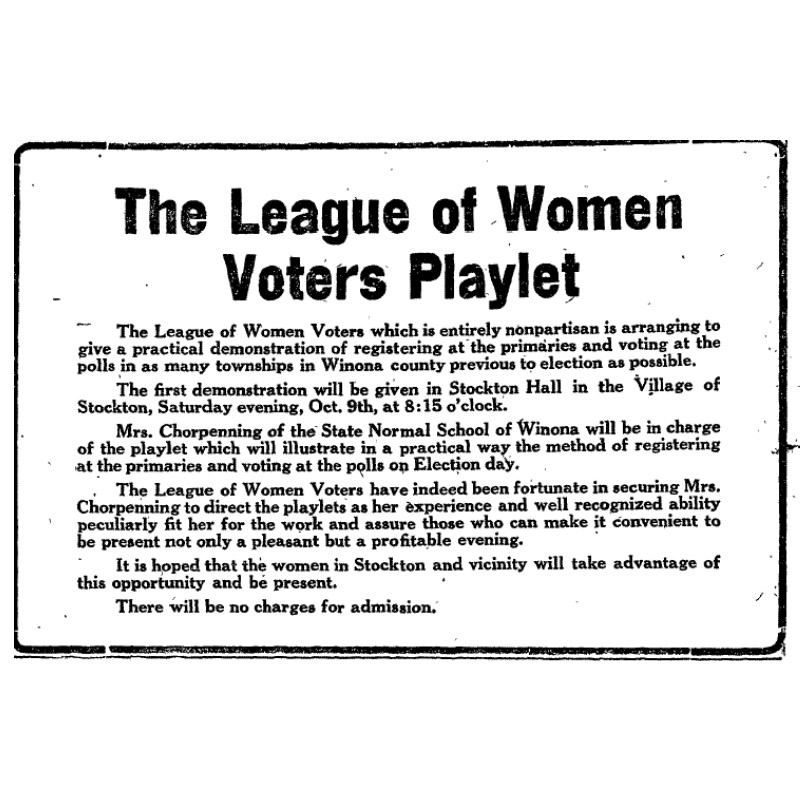 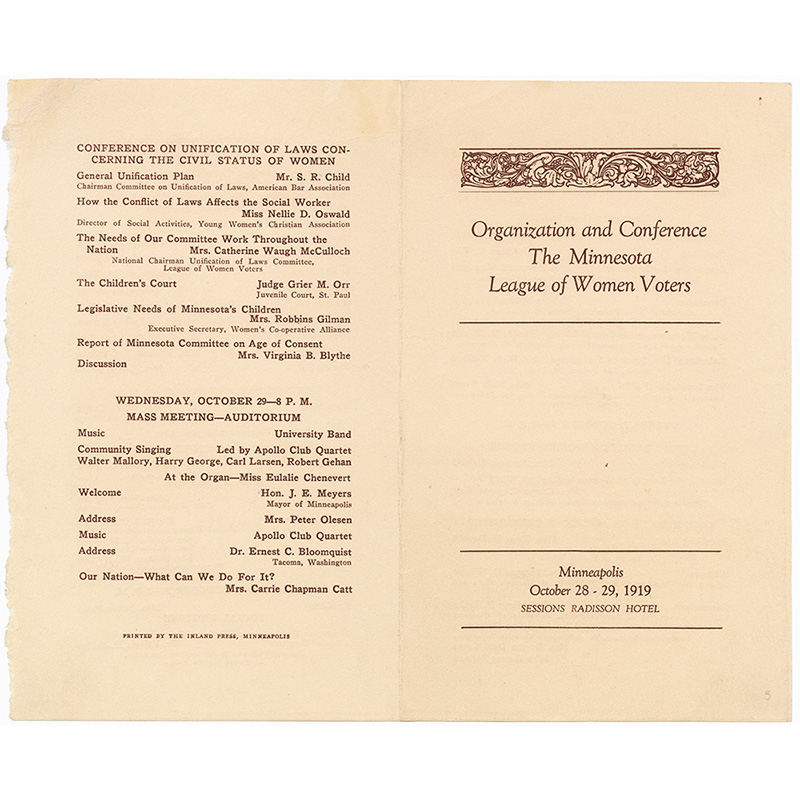 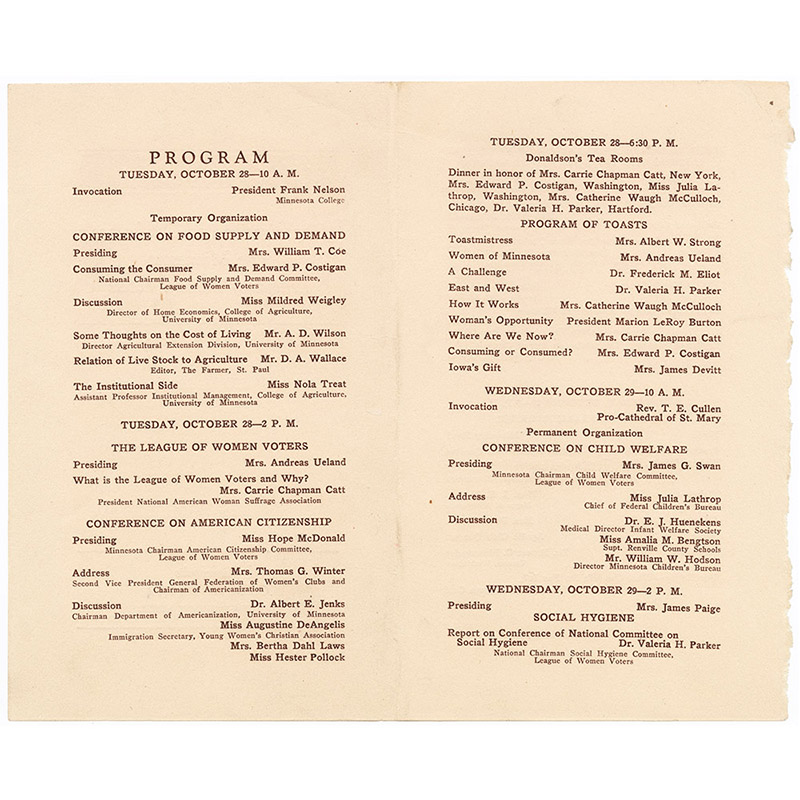 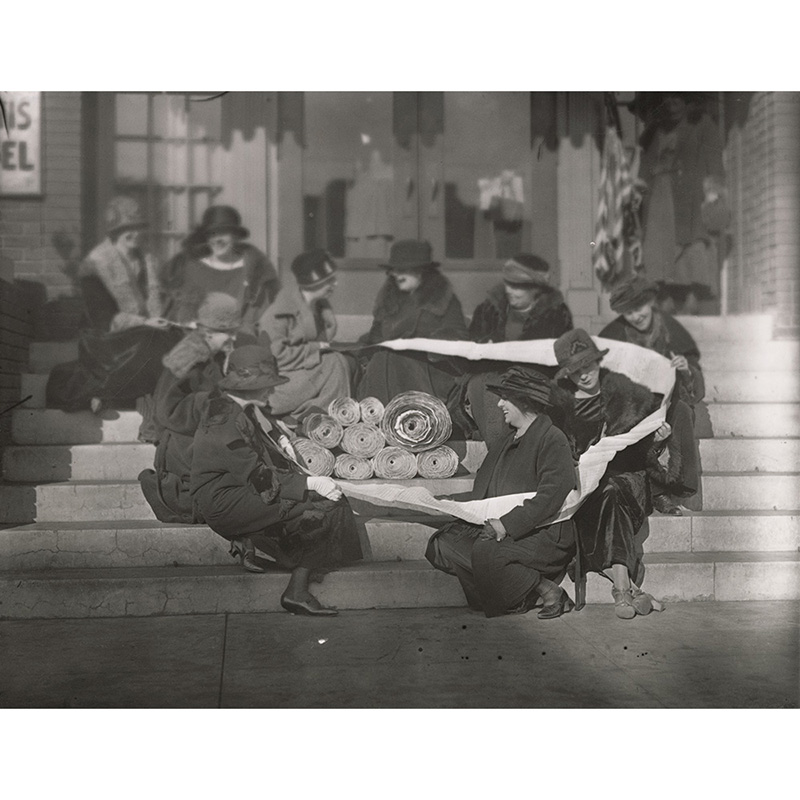