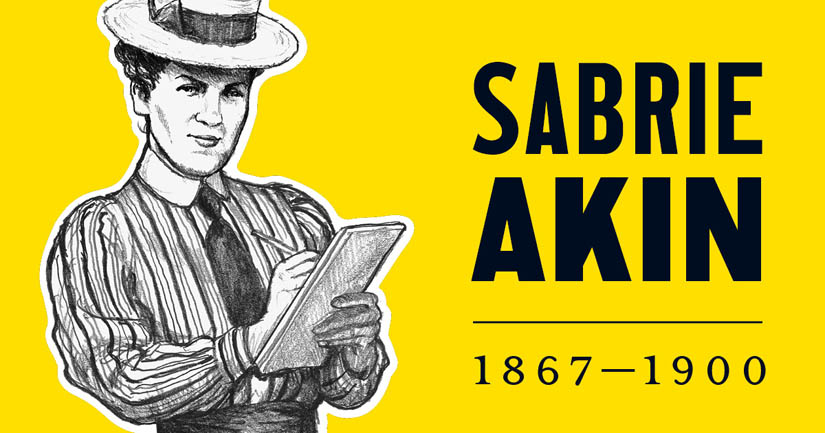 “The ballot is our weapon.”

Sabrie Akin was a progressive woman. As a newspaper editor, she spoke to and for workers. As a labor organizer, she brought workers together to stand up to their employers. She stood for fair wages, decent jobs, and equal treatment of men and women.

In 1895, Akin moved from Fargo, North Dakota, to Duluth, a city filled with laborers who worked on the railroads and in the mines, in logging camps and on cargo ships. Working-class women worked in factories and waited tables. They cleaned other people’s houses and did laundry for hire.

Through her newspaper, Akin urged working people to stand up for themselves. “Don’t stay away from meetings and then complain when things are not run to suit you,” she wrote. “Remember that while you are loitering along the way your enemy, the capitalist, is undermining you every day.”

Akin also worked across class lines. She helped found the Duluth Twentieth Century Club, and used her position to reach the city’s wealthiest women. Akin urged club women to see the vote as a way of making sure all women won the right to honest jobs and fair pay. 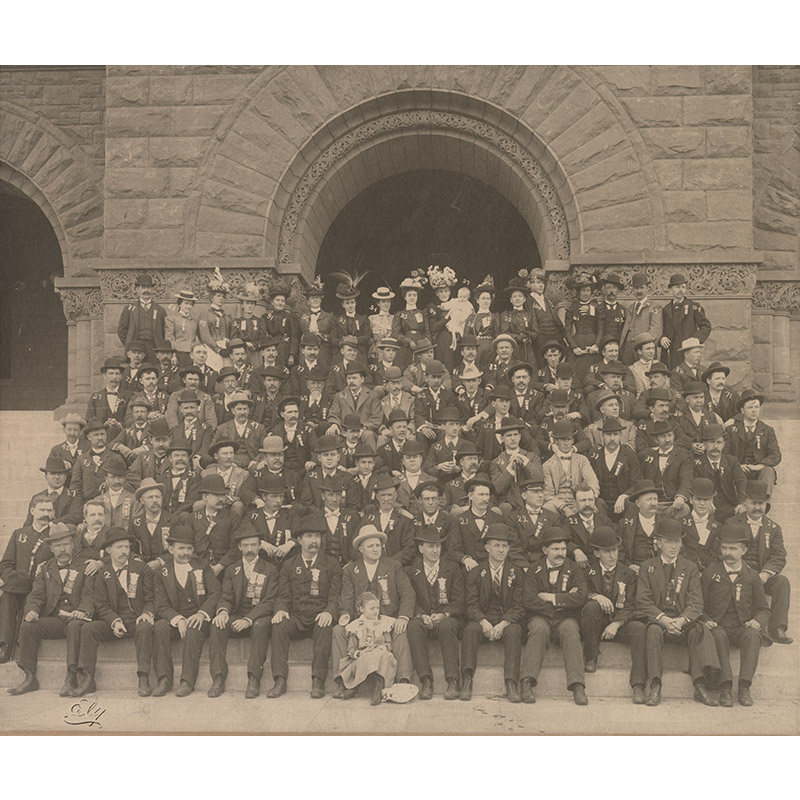 Akin (top row, eighth from left) with other officers and delegates to the 17th convention of the Minnesota State Federation of Labor, Duluth, 1899. MNHS collections. 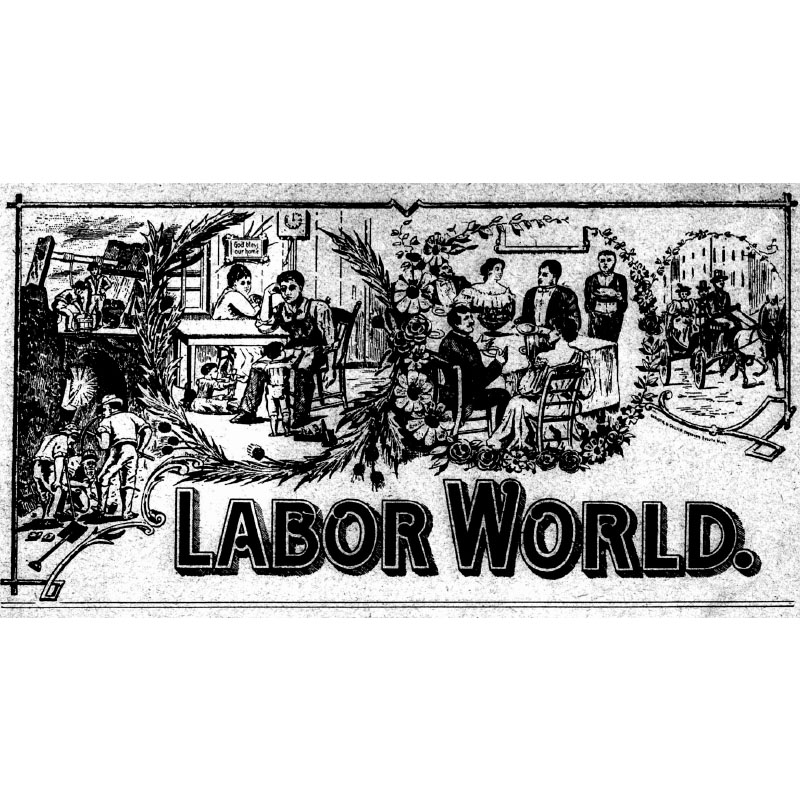 The Labor World, April 11, 1896. MNHS collections. The Labor World's masthead reinforced Akin's views. The rich, in their carriages and dining rooms, are surrounded by roses. The workers, including young boys working in the mines, get only thistles. 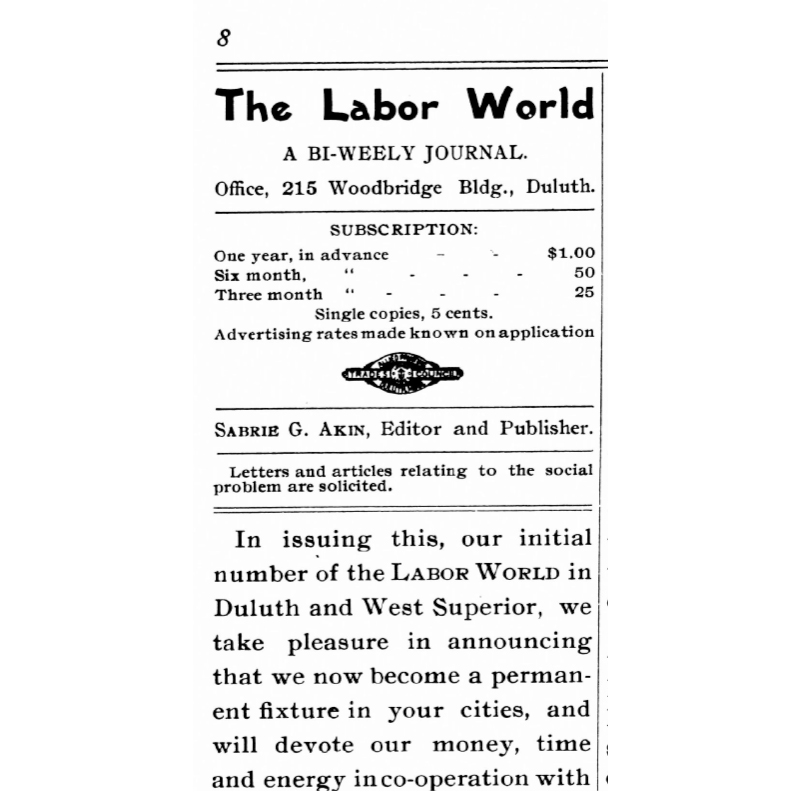 The Labor World, April 11, 1896, p. 8. MNHS collections. As her paper's editor, publisher, and sole employee, Akin pledged her views would be "red hot." 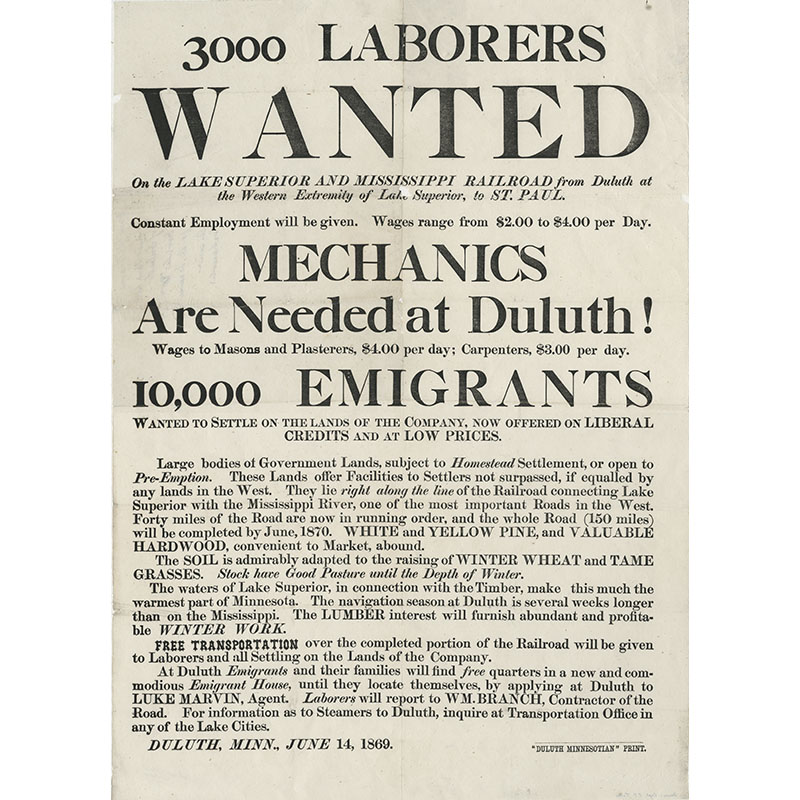 Advertisement, Lake Superior and Mississippi Railroad, Duluth, June 14, 1869. MNHS collections. Duluth was a city full of industrial workers. Many people were drawn in by advertisements like this one, which promised jobs and homes for 3,000 laborers.