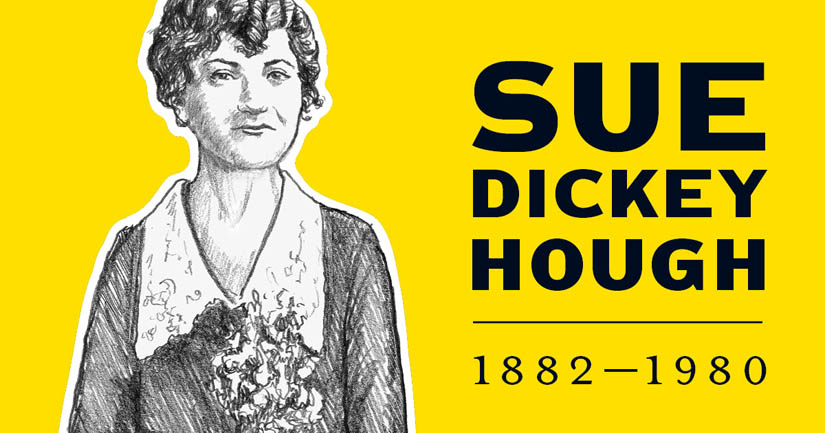 “I promise to do what the word stands for, ‘REPRESENT.’ I will use my best judgment at all times to pass laws which will be of the greatest benefit to the greatest number.”

Sue Dickey Hough was one of four women elected to the Minnesota legislature in 1922. She served a single term, followed by four unsuccessful bids for re-election.

Hough ran a real estate office in Minneapolis before running for office. Her slogan for her later campaigns was “a business woman for a business position.” In 1923, she wrote a summary of her legislative work:

The bills in which I was interested were as varied as my several committees. I selected Taxes and Tax Laws, having made a study of taxes for some years and being particularly interested in the reduction of same. Motor Vehicles was a pet committee for I had campaigned to adjust the inequalities in our present law.

Public Utilities was one which dealt with many vital measures; the Crime Committee was another pet of mine. Our crime wave had increased so rapidly that I was most desirous of getting a revolver bill passed. Markets and Marketing dealing with the farmers’ problems with which I was familiar as I sold a great deal of farm land; and Cities Committee dealing with all legislation affecting the cities were the other committees of my choice. 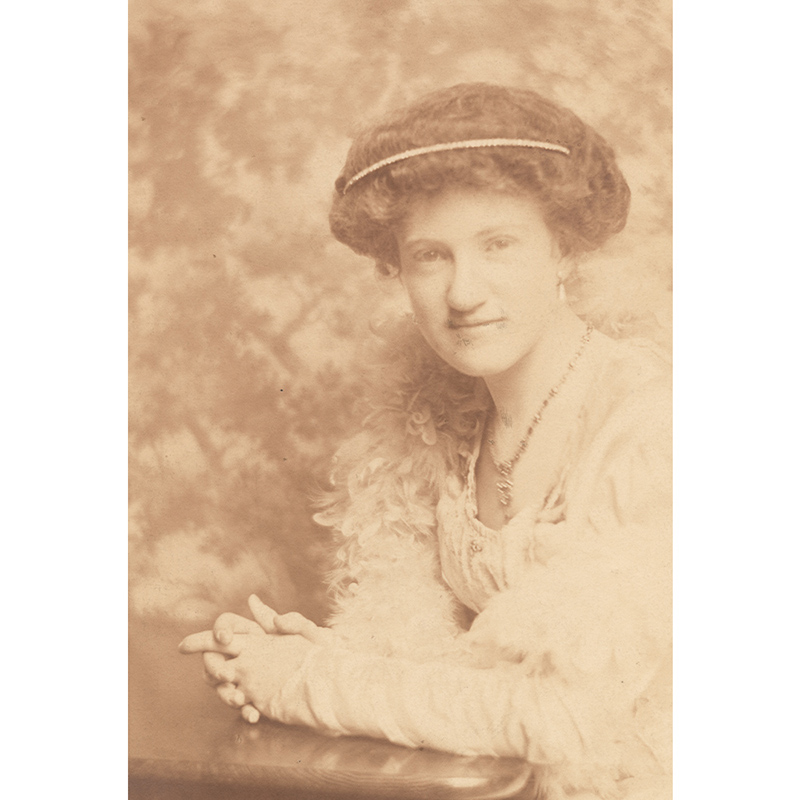 Sue Dickey Hough, about 1915. MNHS collections. Born in Pennsylvania, Hough moved to Minneapolis with her parents when she was two years old. Except for a brief stint in Chicago, she lived in Minneapolis the rest of her life. 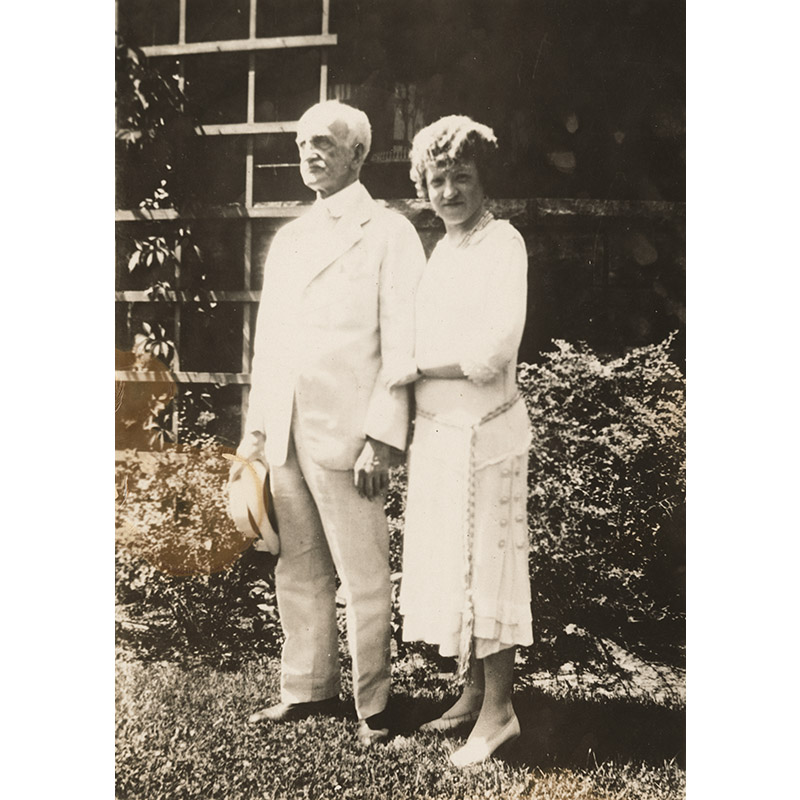 Sue Dickey Hough with her father, Thaddeus Hough, undated. MNHS collections. Hough recalled her father’s reaction when she doubted her chances of winning an election: “That’s the first time I’ve ever seen a white-livered Dickey.” 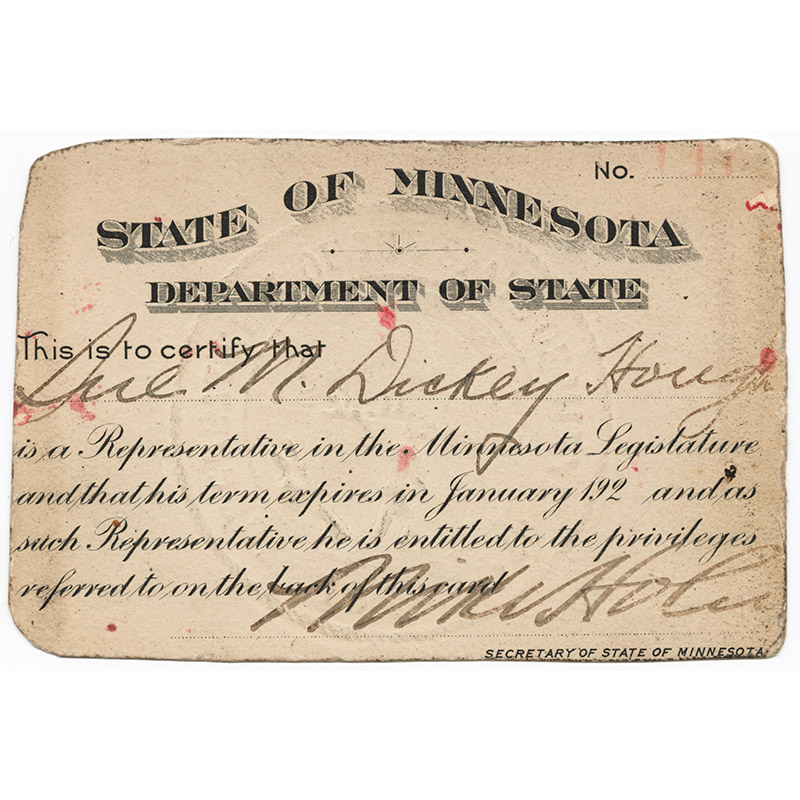 State of Minnesota identification card, 1920s. MNHS collections. Read the language on Hough’s ID card carefully. It states that, “as such Representative, he is entitled to the privileges referred to. . . .” 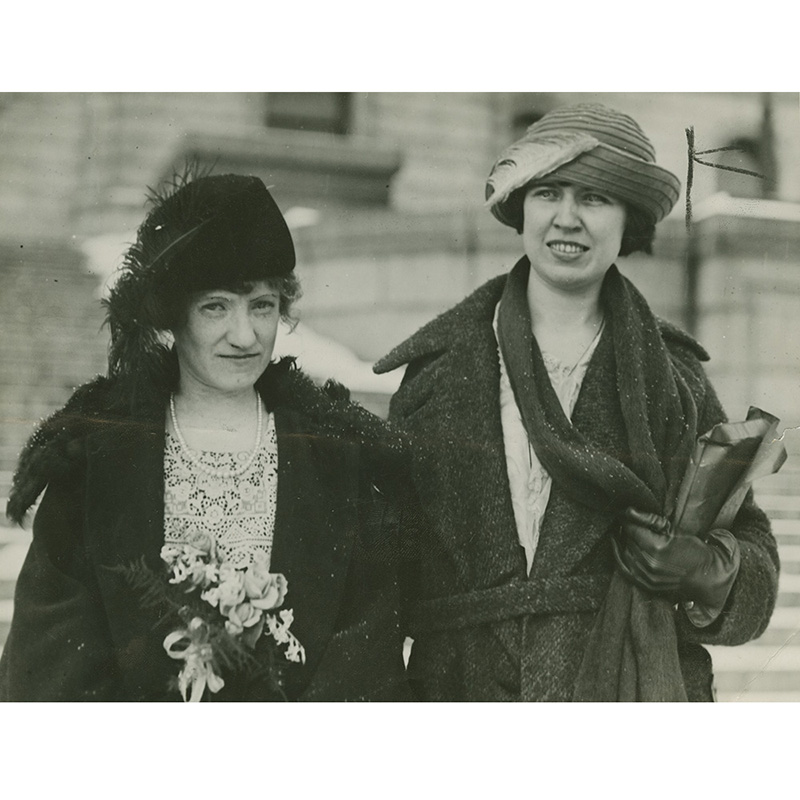 Sue Dickey Hough (left) and Myrtle Cain, 1923. MNHS collections. Hough and Cain were two of the four women elected to the Minnesota legislature in 1922. 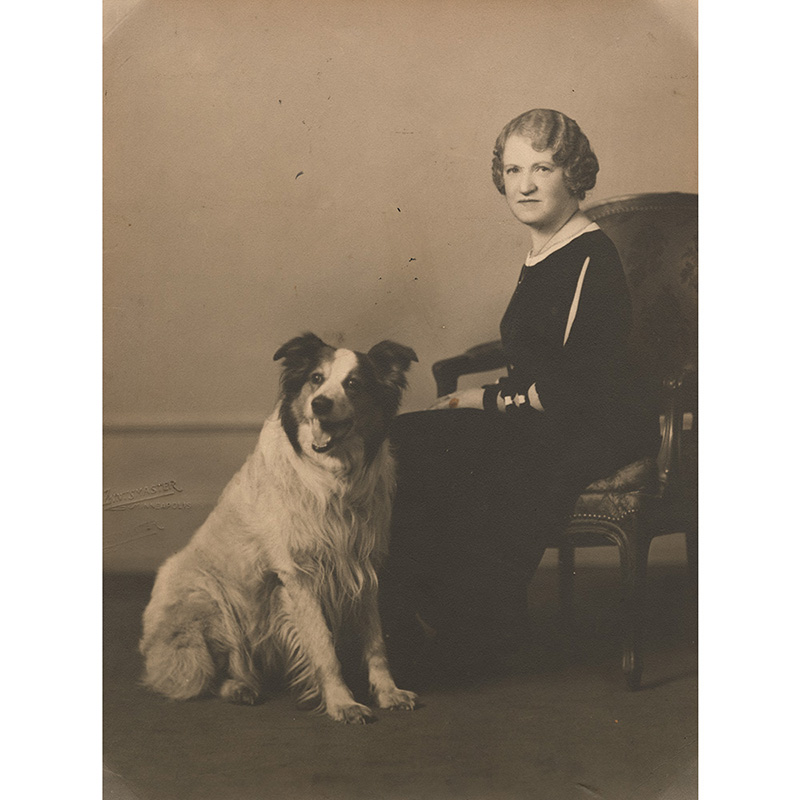