Lac qui Parle is the French translation of the Dakota name, “Lake That Speaks.” It was at this aptly named site that Joseph Renville worked with missionaries to create the first written Dakota language alphabet and dictionary.

The son of a French trader and a Dakota woman, Joseph Renville was born near present-day St. Paul and lived with his Dakota relatives until he was ten, when he moved with his father to Canada. He eventually returned to Minnesota, where he was an interpreter for Lieutenant Zebulon Pike in 1805 and 1806 and for Major Stephen Long in 1823. Renville established a fur-trading post in 1826 near Lac qui Parle as an agent for the American Fur Company. His familiarity with European and Native culture, as well as his fluency in the Dakota, English, and French languages, made him an effective trader and a trusted intermediary among the people who lived and worked near his post.

Raised as a Catholic, Renville invited European missionaries to establish a mission and school near his fur post. Through the Lac qui Parle Mission, Renville worked to further strengthen relationships among the European and Dakota peoples. With missionaries Thomas S. Williamson, Stephen R. Riggs, and Samuel and Gideon Pond, he translated the Bible and various hymnals into the Dakota language. The process was slow: a Bible verse would be read in French, Renville would translate it into the Dakota language, and his words would be carefully written down. Dakota is an oral language, and Renville's translations were among the first attempts to record Dakota in written form.

Renville had many friends and relatives in the Native community at Lac qui Parle. He stayed at the mission until his death in 1846.

In 1941, Lac qui Parle was designated as a state park, and the Works Progress Administration (WPA) reconstructed the Lac qui Parle Mission building that stands today. 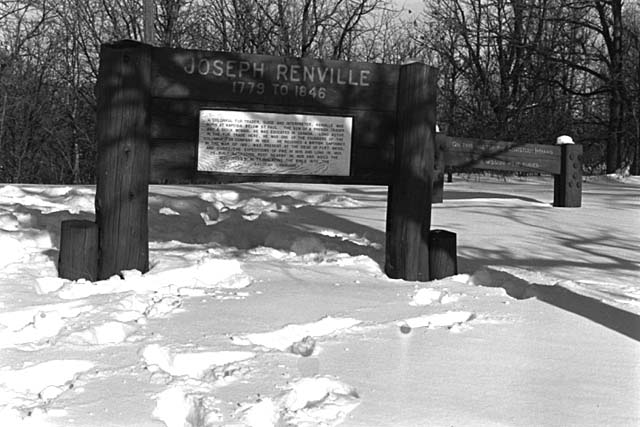