In the mid-1850s, Forestville began as a bustling town of settler-colonists. It evolved into a company town, and eventually became a ghost town.

In the summer of 1853, Robert Foster arrived in Minnesota Territory. Traveling on foot from Decorah, Iowa, he bargained for a claim that lay just north of the south branch of the Root River in southeastern Minnesota. The seller was Levi Waterman, who had registered his claim on an oak tree in the fall of 1852. This claim embraced part of what would become Forestville, although at that early date the area was known as "Watertown" after Waterman. While there, Robert scouted land for himself, his brother Major, and brothers-in-law William and Felix Meighen.

Felix Meighen was the first to join his friend and, quickly assessing the need for a general store, he erected a double-pen log building with a stone chimney that would serve as both a general store and residence. Just before the building was completed in October 1853, the men bought goods with which to stock the store for $700, or around $20,000 in today’s dollars. In the Meighen General Store of 1899, cotton flannel could be purchased at 7 cents per yard, a broom for 20 cents, a good pair of men's pants for 60 cents, and a US postage stamp for 3 cents.

With the crudely built log store in operation, both families began to flourish. Other enterprising people arrived from New England, the Upper Midwest, and Canada as well as from England, Ireland, Germany, and Holland. Wheat farms flourished nearby and businesses sprang up in town. By 1860 the town had more than 150 inhabitants and boasted 20 houses, a school, two sawmills, a gristmill, a blacksmith shop, a store, two hotels, a distillery, and a cabinetry shop. Farmers came here to market their wheat, purchase goods and services, and school their children.

In April 1854, after a surveyor platted out a townsite in the valley, residents Henry Fitch and William Renslow renamed the Watertown settlement Forestville. The townsite had 66-foot-wide streets, 27 blocks, and lots for houses measuring 132 x 66 feet. A public square equivalent in size to one block was set in the middle of the plat.

William Meighen went into partnership with his childhood friend Major Foster in 1855 and soon owned a hotel that Foster had built, named the Fremont House. Next to it they built a more permanent brick store and house in which Felix Meighen's family lived after completion in 1857. In this house they raised seven children: Susanna, Catherine, Joseph, Maria, Thomas, Eliza Jane, and Martha. Forestville boomed.

The store prospered for many years, with business slowing after the initial rush of immigrants moved past Forestville or left to fight in the Civil War along with other Minnesota recruits who camped there for a brief time in 1864. Robert Foster ended his store partnership with Felix Meighen in 1868 to pursue farming full-time. Thomas Meighen and his sisters all helped clerk the store, which could be either very busy or dull, depending on the season. About this same time the Meighens also started to expand their farm and land holdings. 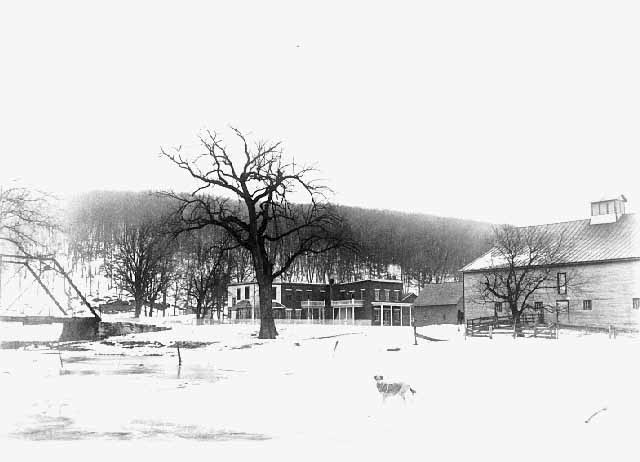 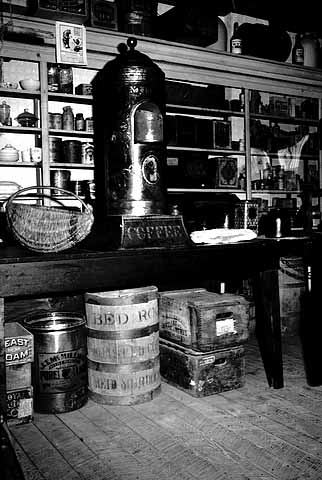 In 1868, around the time Robert Foster ended his store partnership with Felix Meighen, the Meighens started to expand their farm and land holdings. Because many farmers had a shortage of cash, they often borrowed from the Meighens or received store goods on credit. When indebted farmers could not pay their bills, the Meighens granted a note for the amount, plus a high interest rate (usually 10 percent to 40 percent annually). A note was often secured by a mortgage on the farmer's land and property.

Because farmers were prey to the boom-and-bust cycles of the agricultural markets, many defaulted on their loans. The Meighens instituted "Attachment and Execution Proceedings" and foreclosed on the properties. Through these foreclosures and by buying property sold cheaply by people leaving for more prosperous railroad towns, the Meighens amassed their land holdings, owning the entire town and its surrounding lands by 1889.

By 1890, Thomas Meighen and his aging father, Felix, owned more than 1,000 acres. Thomas Meighen could have walked from Forestville to LeRoy (approximately 25 miles) without leaving his own property. The farming operation had moved from several small, individually owned wheat farms of the 1850s to the large Meighen-owned diversified operation of the 1890s, concentrating on dairy cattle, corn, small grains, and vegetables.

Area men were hired to help with the planting, maintenance, and harvest, as well as the continuous animal husbandry required for such an operation. Area women worked in the house. Workers rented homes from the Meighens in town, or they lived outside of town in their own homes. Both men and women were paid primarily in store credit, a system that mirrored factory and mining communities of the period in the eastern United States. 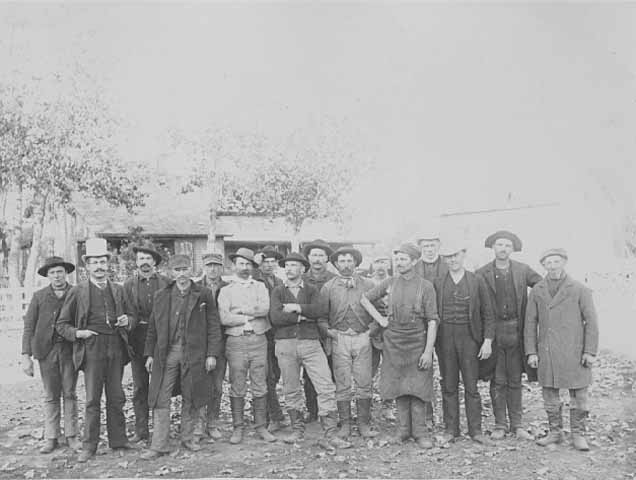 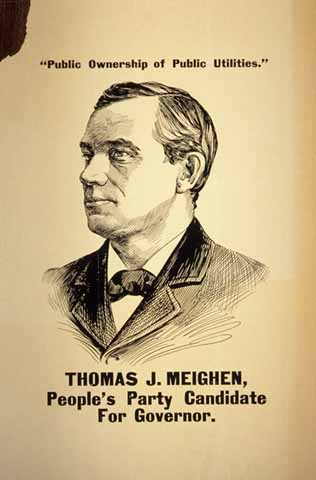 The decline of the town of Forestville

Until the 1880s, some Forestville residents held on to the hope of a railroad coming to their sleepy town. In 1880, the Caledonia, Mississippi, and Western Railroad brought the citizens’ hopes up as it pushed westward into Fillmore County. But those hopes were dashed when, instead of going through Forestville, it went north through the towns of Prosper, Canton, Harmony, and Preston.

Again in 1888, a team of railroad surveyors made quite a commotion among Forestville town residents when they explored routes for the Winona and Southwestern Railroad through Forestville to connect Osage, Iowa, with Lanesboro, Minnesota. The line was built in 1890, but was moved west of town, going through Spring Valley instead.

By 1880, the town's hotels had closed and the only businesses left were the Meighen store, cabinet shop, blacksmith shop, and the Luedke and Meighen saw and feed mill. By 1890 the cabinet shop was closed and used for storage.

By 1902, Thomas Meighen was involved full-time in politics within the People's Party and was also the president of the First National Bank in Preston. These two jobs kept him away from his old home in Forestville so much that, by 1905, he and his wife, Mary Broderick, had moved to a new home in Preston with their two sons and one daughter.

When he closed the doors of the store for the last time in 1910, Forestville as a town ceased to exist. The only other business in town had closed two years earlier. Forestville quietly slipped into history.

Thomas Meighen died in 1936 at the home of his daughter in Pittsburgh. At the time, it appeared his last wish of having his boyhood home become a state park would be left unfulfilled. But in 1963, nearly 30 years after his death, the unfaltering efforts of several local farmers and Forestville natives made Meighen’s dream finally come to fruition.

The townsite, historic buildings, and the entire valley of Forestville became part of the Minnesota Department of Natural Resources in 1941 and then was established as Forestville State Park in 1963. The Forestville Townsite & Meighen Store is located on the National Register of Historic Places. 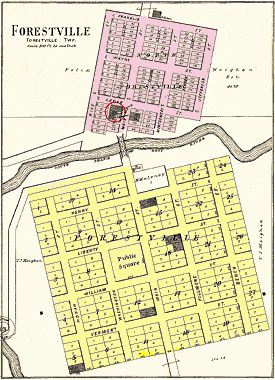 Forestville's fate was sealed by the time this 1896 plat map was drawn. The empty lots and blocks are telling evidence. Today, the Meighen store and house, circled in red, remain.