With a history that mirrors that of Forestville, the Meighen family was the heart and soul of the town from its founding to its decline.

William Meighen, a son of Irish immigrants living in Green County, Pennsylvania, left his family home in 1843 in search of fortune out west. He was spurred on by both a sense of adventure and a need to settle debts that had rendered him bankrupt in Pennsylvania.

An adventurous type, he first settled in Galena, Illinois, where he worked for several years as a surveyor and lead miner. In 1849, when the California Gold Rush was in full swing, he and 25 others departed together from St. Louis with the intention of making it rich prospecting for gold. Two years later, William returned home to Pennsylvania with $4,000 in gold dust, ready to finally settle his debts.

The Fosters join the Meighens

Once back in Galena, William was soon joined by his older brother Felix and Felix's young wife, Eliza Jane Foster. Two of Eliza Jane Foster's brothers, Major and Robert, were good friends of the Meighens, and all wrote letters to one another frequently. Major Foster, who had also moved to Galena, urged Robert to join him there. So Robert relocated to Galena, too, thinking of it as temporary until he had the financial resources to move on.

The summer of 1853 found Robert in what was still known as Minnesota Territory. Traveling on foot from Decorah, Iowa, he bargained for a claim that lay just north of the south branch of the Root River in southeastern Minnesota. The seller was Levi Waterman, who had registered his claim on an oak tree in the fall of 1852. This claim embraced part of what would become Forestville, although at that early date the area was known as "Watertown" after Waterman. While there, Robert scouted land for himself, his brother Major, and brothers-in-law William and Felix Meighen.

Felix Meighen was the first to join his friend and, quickly assessing the need for a general store, he erected a double-pen log building with a stone chimney that would serve as both a general store and residence. Just before the building was completed in October 1853, both men returned to Galena to purchase $700 in goods with which to stock it, or around $20,000 in today’s dollars.

With two hired men to help him, Foster began the arduous journey back to Watertown. The goods were moved by oxcart to East Dubuque, Iowa, then transferred to a steamboat heading up the Mississippi River to Lansing, Iowa. From there, they traveled overland to Decorah, Iowa, finally reaching Watertown 50 miles later. Along the way it rained the entire time, while the men and oxen attempted to plod through the rutted, muddy "roads."

With the crudely built log store in operation, both families began to flourish. Other enterprising people flooded into the territory and brought with them businesses that communities needed. William Meighen went into partnership with his childhood friend Major Foster in 1855 and soon owned a hotel that Major had built, named the Fremont House. Next to it they built a more permanent brick store and house in which the Felix Meighen family lived after completion in 1857. In this house they raised seven children: Susanna, Catherine, Joseph, Maria, Thomas, Eliza Jane, and Martha. Forestville boomed.

Of the Meighen children, Thomas's name became the most synonymous with the town of Forestville. Thomas was the first child in the family born in the new Minnesota Territory, and lived most of his life in Forestville or in neighboring Preston.

Thomas showed the most promise for carrying on with the many family businesses. By 1868, 13-year-old Thomas had left the rural Forestville school to work full time for his father, gradually acquainting himself with his farming and business operations, for which he displayed a passion. At 15 he was taking trips to Milwaukee and Chicago to buy store stock at wholesale markets. It was during one of his trips to Chicago at age 16 that he witnessed the great Chicago fire in October 1871. Remembering his favorite hotel, the "Commercial," 57 years later, he wrote:

"I suppose a wooden building cannot be found within miles of that location now. Then it took between one and two hours to ride on a street car (horse-drawn) out to Lincoln Park and there was no city around the Park at all. It was out in the country. ... I arrived at my old headquarters (the Commercial) and registered on hotel register 'E.M. Rivard, St. Louis,' being my 'nom de plume.' Reasons: (I) do not care to be shook by the hand by 500 runners which is the amount that visits this House daily."

The store prospered for many years, with business slowing after the initial rush of settler-colonists moved past Forestville or left to fight in the Civil War. Robert Foster ended his store partnership with Felix Meighen in 1868 to pursue farming full-time. Thomas Meighen and his sisters all helped clerk the store, which could be either very busy or dull, depending on the season. About this same time the Meighens also started to expand their farm and land holdings.

At odds in politics

By the 1890s, Thomas Meighen began to take a more prominent role in family business and, by extension, the town. But his personal ambitions extended beyond business and real estate and into politics. Like his Uncle William, Thomas was intelligent and independent, and he knew how to think critically. Dissatisfied with conventional American politics of the day, they both spent most of their lives in a political minority or in the third-party system. They saw themselves as patriotic Americans deeply concerned with social justice and whose strong convictions often put them at odds with dominant political trends.

In the 1870s, the National Greenback-Labor Party, or "Greenback Party," attracted young Thomas Meighen to its fight for higher commodity prices and "cheap money" in the form of silver coinage. Further, the party vowed that no railroad bonds should be sold unless approved by a majority of the electorate. In 1877, the party nominated the elder William Meighen for lieutenant governor, in which he placed a distant third in the election. In 1879, he ran for governor on the Greenback ticket, but lost with only 4 percent of the vote. By the 1880s, most Greenbackers had melted back into the traditional two political parties, but the Meighens gravitated to the new Farmer's Alliance Party. This party attempted to "unite farmers of the United States for their protection against class legislation and the encroachment of concentrated capital and the tyranny of monopoly." (Historian John D. Hicks.)

Many local farmers resisted Thomas Meighen's involvement in the new party, as well as his involvement in the new People's Party. A broadside by an anonymous writer called "The Anti-Monopolist" charged that he was overly ambitious and should "shed his 'colt's teeth' before seeking political leadership." The broadside published in 1881 characterized the family as "money-mongerers, userers, and land pirates."

Through his political activities, Thomas became acquainted with a number of notable figures of the time. He was good friends with Ignatius Donnelly, a flamboyant public speaker, former lieutenant governor, and Minnesota congressman. Minnesota Governor John Lind dined in Forestville on several occasions in 1899. Bishop John Ireland once visited and gave communion to area residents in the local church. And perhaps most notably, William Jennings Bryan came to visit Thomas Meighen, bringing with him a buckeye tree, the state tree of his home state of Ohio, as a gift. Today, the tree still towers over the lawn of the Meighens' home.

Meighen would be criticized throughout his political career, and his wealth and prominence would always leave him open to the charge of hypocrisy whenever he railed against the injustice of the status quo. As a farmer, he understood the rage of farmers who felt the entire economic system was exploiting them. As a wealthy merchant and banker, he was at an advantage since the misfortunes of the farmers moved in his favor. These ironies led many to view him as "inconsistent," and it was Thomas Meighen's fate to fight for an economic class that was usually unsympathetic, if not hostile, to his goals.

By 1902 ,Thomas Meighen was involved full-time in politics within the People's Party and was also the president of the First National Bank in Preston. These two jobs kept him away from his old home in Forestville so much that, by 1905, he and his wife, Mary Broderick, had moved to a new home in Preston with their two sons and one daughter.

Meighen died in 1936 at the home of his daughter in Pittsburgh. At the time, it appeared his last wish of having his boyhood home become a state park would be left unfulfilled. But in 1963, nearly 25 years after his death, the unfaltering efforts of several local farmers and Forestville natives made Thomas Meighen’s dream finally come to fruition. 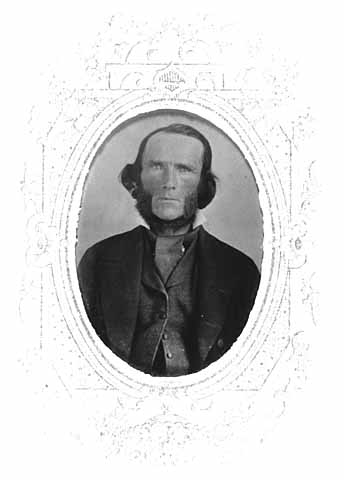 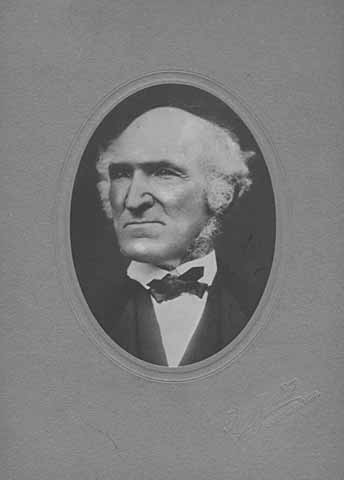 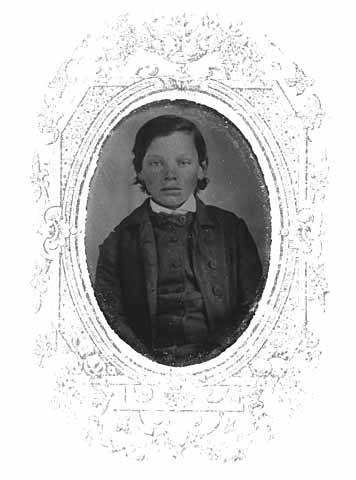