Discover historic places relating to Charles Lindbergh, his family, and the surrounding area at your own pace. Choose one of the suggested itineraries or explore them all. 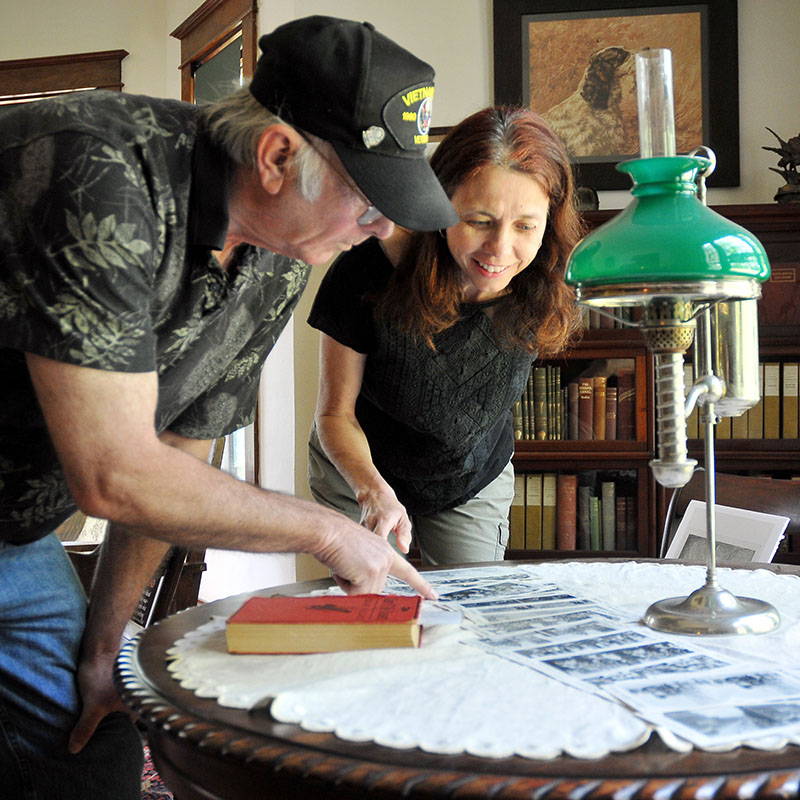 Explore Lindbergh's childhood home, furnished with original Lindbergh family objects. In the museum, view model planes, historic flight footage, and even climb inside a replica of the Spirit of St. Louis cockpit. Self-guided tours in both the museum and historic home are available during open hours. 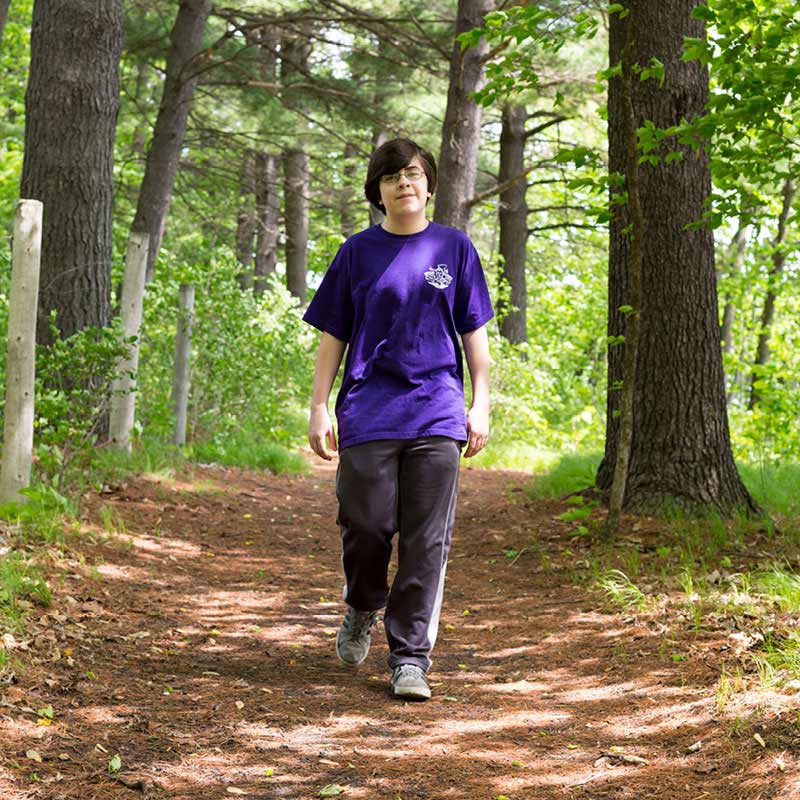 On the Trail nature scavenger hunt

Charles Lindbergh once said that the Mississippi River “has wound its way in and out of my life like the seasons." On the Trail is a fun, family-friendly scavenger hunt and nature adventure for all ages. Guests can check out a pack of cards featuring different plants and animals that can be found on the trails by the river’s edge, see the Lindbergh House from a different perspective, and be on the lookout for wildlife. Continue on the trail, which connects to the Charles A. Weyerhaeuser Memorial Museum and Charles A. Lindbergh State Park trail systems. On the Trail scavenger hunt cards are available at the front desk and their use is included with site admission. 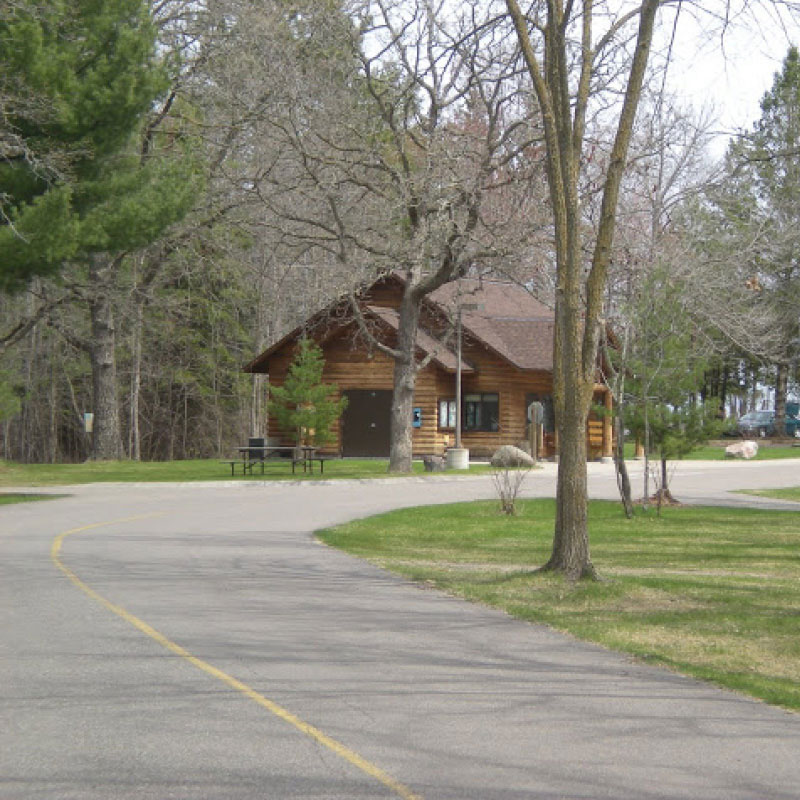 Take a driving tour to discover sites that showcase the Lindbergh family's history in Little Falls. This 12-stop driving tour includes homes of members of Charles’s family, the cemetery where his first wife and half-sisters, Lillian Lindbergh Roberts and Edith Lindbergh, are buried, various buildings from which his father ran his law practice, and much more. 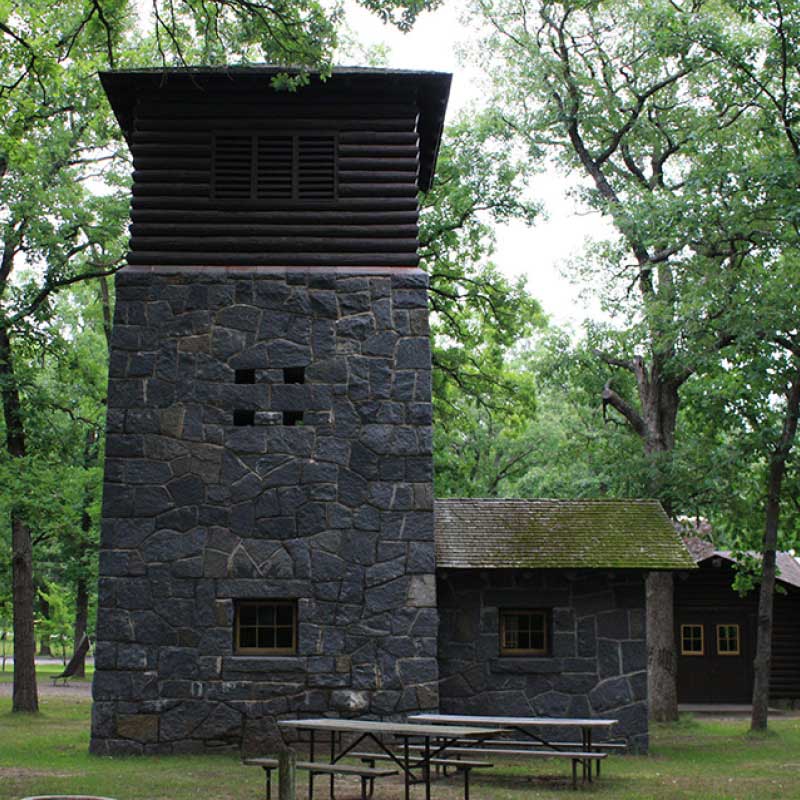 Take a self-guided walking tour that highlights WPA (Works Progress Administration) structures from the 1930s that remain at the historic site and within the state park.

During the Great Depression, President Roosevelt’s administration created a number of work relief programs designed to help Americans make it through hard times. The WPA (Works Progress Administration) was created in 1935 and put unemployed men and women to work during the Great Depression. It was part of President Franklin D. Roosevelt’s “New Deal.”

More than 8 million Americans worked for the WPA nationwide on a variety of public projects. The WPA built roads, bridges, sewers, and park buildings, and made significant contributions in human services and the arts. The Works Progress Administration was responsible for turning the abandoned Lindbergh home and surrounding property into a historic site and state park.

The WPA at the Lindbergh Site

By the 1930s, the childhood home of famous aviator Charles A. Lindbergh had been badly damaged by souvenir-hunters. In 1936, the WPA began restoration of the house, which, along with the adjoining farmland, had been given to the state of Minnesota by the Lindberghs. Today, the homesite is a National Historic Landmark managed by the Minnesota Historical Society.

The WPA at Lindbergh State Park

The WPA also put in two miles of footpaths, planted 4,000 trees and bushes, and built shelters, parking lots and other amenities on the Lindbergh property, creating what is now a state park. One of the shelters is still in use, and several other structures have survived.