Echoing his father’s isolationist political views, Charles Lindbergh spent the latter half of the 1930s fighting to keep the United States out of Europe’s second world war.

Lindbergh became increasingly unsettled by the public attention surrounding him and his family in the wake of the kidnapping and Hauptmann trial. In December 1935, he and Anne moved the family to Europe, where they hoped to live more private lives.

For nearly four years they lived in England and France, making only one brief holiday visit to the United States in December 1937. During this time, the Lindberghs spent time studying and writing.

In 1936, at the request of officials at the American Embassy in Berlin, Lindbergh was invited to Germany to help gather intelligence about the Reich's growing military air power. With the admiring approval of German Air Minister Hermann Goering, Lindbergh toured combat units, factories, airports, and military bases, including some that had never been seen by an American.

After his tours, Lindbergh concluded that Germany was "now able to produce military aircraft faster than any European country; possibly even faster than we could in the States. ... A person would have to be blind not to realize that they have already built up tremendous strength."

Lindbergh made several more visits to German factories and airfields over the next two years. On Oct 18, 1938, Lindbergh attended a dinner in Berlin with several distinguished guests. That evening Goering presented Lindbergh with the Service Cross of the German Eagle for his services to world aviation.

Although the medal had previously been presented to other foreign dignitaries visiting Germany — such as Henry Ford and IBM chairman Thomas Watson — the award to Lindbergh came as a surprise to everyone at the event. Many saw Lindbergh’s acceptance of the "Nazi medal" as a sign of Lindbergh's sympathies with the Third Reich, and he was vilified in the American press.

Lindbergh remained convinced that Germany would win any coming war based on its superior military strength. The Lindberghs decided that the safest place for the family was back in the States, and in April 1939, they returned to New York. 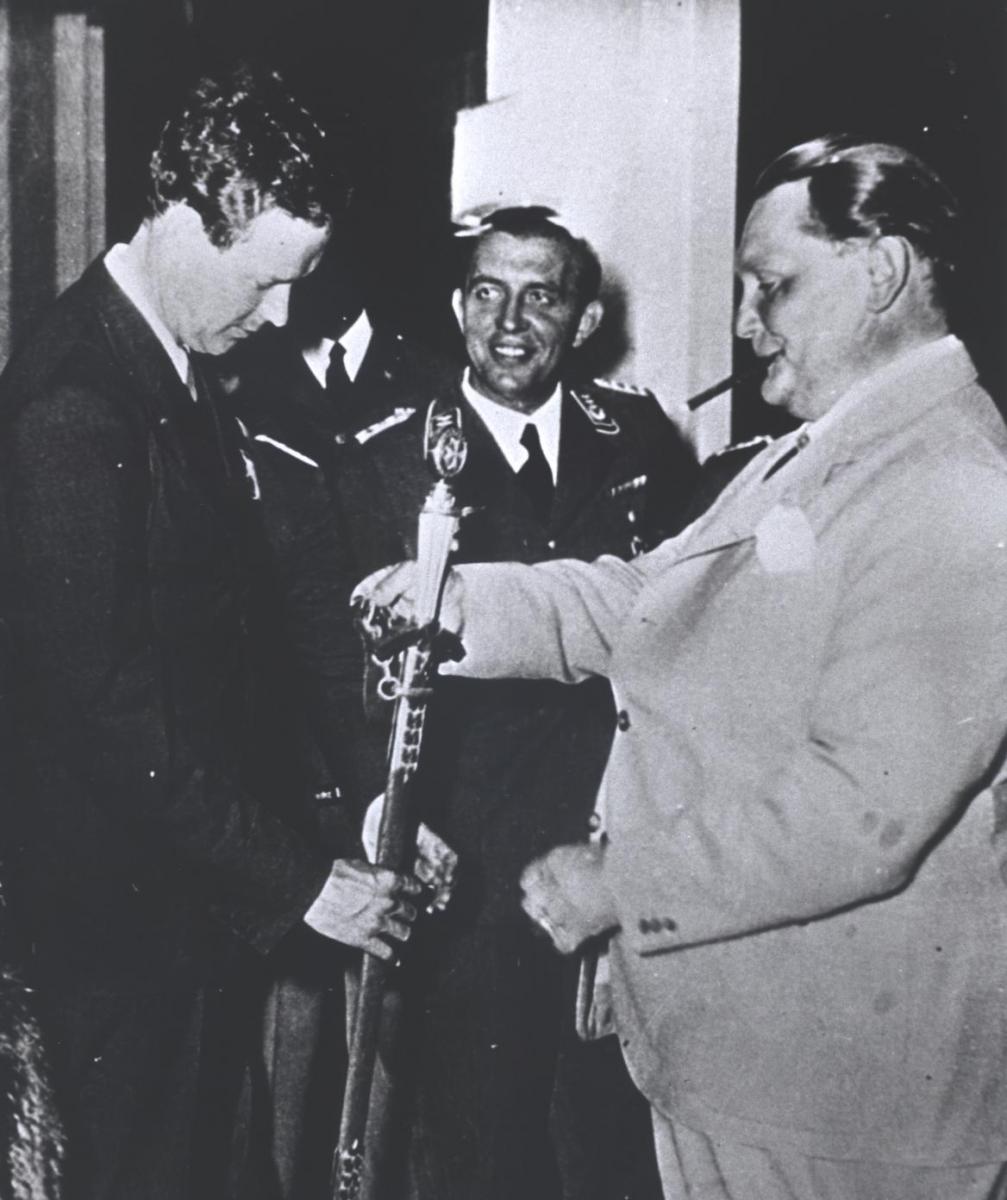 Upon his return to the United States, Lindbergh began to actively work for the anti-interventionist cause. At the time, more than 80 percent of the American public shared his views, opposing any involvement in the European conflict, which broke into open warfare when Germany invaded Poland on Sep 1, 1939.

In his first radio address, Lindbergh warned against becoming “entangled in European alliances.” His speech made headlines, drawing both support and criticism. Dorothy Thompson, a journalist and leading opponent of Hitler, attacked Lindbergh in her column, dismissing him as a “pro-Nazi recipient of a German medal.”

In 1940, Lindbergh spoke to the Yale University student chapter of the America First Committee, a nationwide organization that opposed American intervention in the war. Over the next year he made 13 more speeches for the group, officially joining in Apr 1941.

Lindbergh's position on American interests in the war effort contrasted with that of President Franklin Roosevelt, and the two men at times seemed to be conducting a debate via radio addresses.

As these debates continued, public criticism of Lindbergh’s views and of the America First Committee grew. In his speech called "Who are the War Agitators?" delivered in Des Moines, Iowa, on Sep 11, 1941, Lindbergh argued that the Roosevelt administration, the British "race," and the "Jewish race" were pushing America towards war.

The press and many members of the public were outraged that Lindbergh was injecting an unsavory tone of anti-Semitism in his argument for neutrality, a claim that he denied. The speech severely damaged the reputations of both Lindbergh and the America First movement, and in November, he resigned as spokesman, saying he needed to devote more time to his writing efforts, specifically the book that became The Spirit of St. Louis in 1953.

The surprise attack on Pearl Harbor by the Japanese on Dec 7, 1941, compelled an end to Lindbergh's opposition to the war, and to the work of the American First Committee. 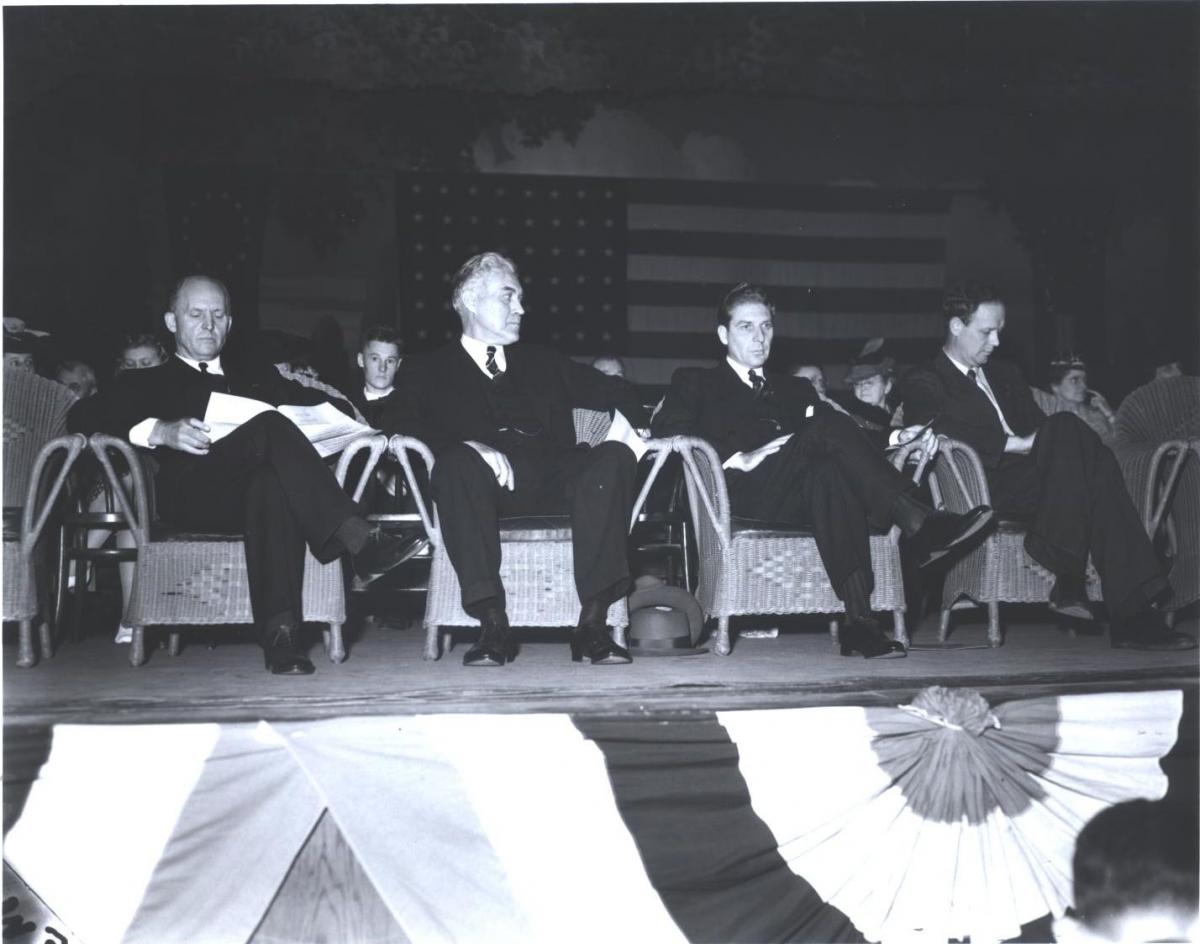 Lindbergh hoped to return to the armed services, but during his time with the America First Committee, he had publicly resigned from the Army Air Corps. Secretary of War Henry L. Stimson questioned Lindbergh's loyalty and denied him a command.

Henry Ford hired Lindbergh as a technical advisor at his Willow Run, Michigan, plant that was converting from automobile manufacture to production of B-24 Liberator bombers. In 1943, Lindbergh joined United Aircraft, and also chaired the Aeromedical Unit for Research in Aviation Medicine at the Mayo Clinic in Rochester, Minnesota, in order to help advance high-altitude flying.

Despite being a civilian, Lindbergh flew on dawn patrols, joined rescue missions, and flew any combat mission that would get him to the front lines, and taught young pilots how to conserve fuel and fly longer-range missions.

When Lindbergh left the South Pacific in September 1944, he had participated in 50 combat missions, and was credited with at least one kill — an event that profoundly affected him and which he wrote about in his book-length essay, Of Flight and Life (1948). 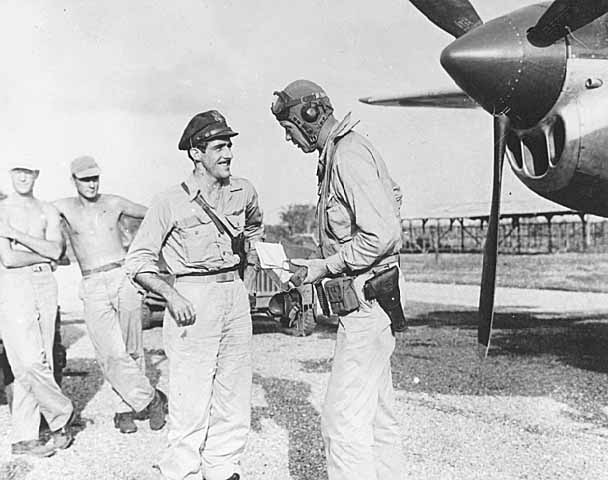 Lindbergh, Anne Morrow. The Wave of the Future: A Confession of Faith. New York: Harcourt, Brace and Company, 1940.