Jean-Baptiste Faribault was born in Berthier, Quebec, in 1774, one of ten children of Bartholomew Faribault, former military secretary to French General Louis-Joseph Montcalm. When Faribault turned 16 he began work as a clerk and spent six years working for the importing firm of McNides & Co. In 1798, he signed on with the North West Company and began a career in the fur trade. Sometime before 1805 Faribault was transferred to Little Rapids, a trading post located approximately 40 miles above the mouth of the St. Peter River (renamed Minnesota River in 1852) in present-day Minnesota. In 1805, he married Pelagie Kinie Ainsse (or Hanse), the daughter of a Frenchman and Wahpekute Dakota woman. Pelagie had a daughter from her first husband, and for a period they lived at Prairie du Chien, Wisconsin, while Faribault was engaged in the trading business. Together Jean-Baptiste and Pelagie raised a large family that eventually included eight children.

In 1819, while on his way to begin construction on what would become Fort Snelling, Lt. Col. Henry Leavenworth stopped at Prairie du Chien, where he met Faribault. Impressed with his knowledge of Dakota language and culture, Leavenworth asked Faribault to move his family near the location of the proposed fort. Faribault agreed, possibly considering the move to be advantageous for his fur trading business with the Dakota. Once at the site, Faribault established a farm on Pike Island but after several devastating floods he moved his family to the east bank of the St. Peter River in 1826. By the 1830s Faribault and his family were firmly established in Mendota. In May 1833 Faribault purchased an enslaved female, possibly to help with domestic chores, in spite of the fact that slavery had been outlawed in the region for well over a decade by the Missouri Compromise of 1820. This was a fairly common practice among military officers and civilians living in the St. Peter area in the early 1800s. In June 1839, Faribault signed a contract to have a stone house constructed, “to be furnished in the same manner as the dwelling house built…for H. H. Sibley.” The house was built of Platteville limestone and sandstone and stood three stories tall. The project cost Faribault $5,000, and construction was completed in June 1840. The house is currently part of the Sibley Historic Site.

Faribault maintained close relations with local Dakota communities, partly through kinship ties with his wife Pelagie. He was also active in promoting acculturation efforts aimed at the Dakota, hosting Catholic missionary Father Galtier until a chapel was built in the 1840s. Sometime after Pelagie died in 1847, Faribault moved from Mendota to the community of Faribault, Minnesota (named after his son, Alexander). There he lived with his daughter until his death on August 20, 1860. By July 1853, Faribault’s stone house in Mendota was converted into a hotel and managed by different individuals during the 1850s and 1860s. Later the building was converted into a warehouse. 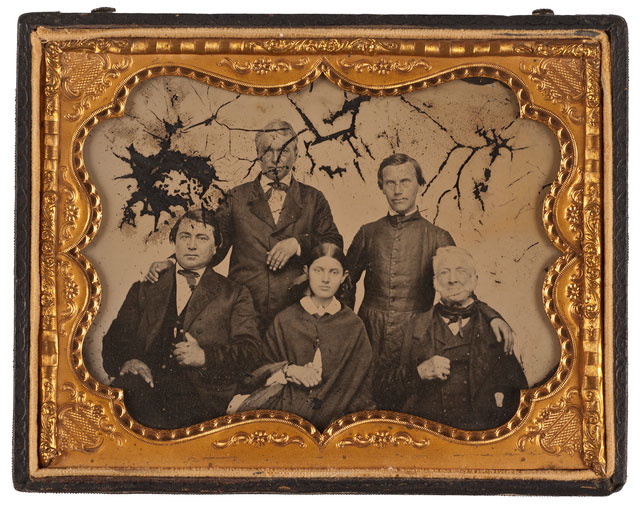