The ancestors of the Ojibwe lived throughout the northeastern part of North America and along the Atlantic Coast. Due to a combination of prophecies and tribal warfare, around 1,500 years ago the Ojibwe people left their homes along the ocean and began a slow migration westward that lasted for many centuries.

Ojibwe oral history and archaeological records provide evidence that the Ojibwe moved slowly in small groups following the Great Lakes westward. By the time the French arrived in the Great Lakes area in the early 1600s, the Ojibwe were well established at Sault Ste. Marie and the surrounding area. An Ojibwe prophecy that urged them to move west to "the land where food grows on water" was a clear reference to wild rice and served as a major incentive to migrate westward. Eventually some bands made their homes in the northern area of present-day Minnesota. The name Ojibwe may be drawn from either the puckered seam of the Ojibwe moccasin or the Ojibwe custom of writing on birch bark.

The Ojibwe have always hunted and fished, made maple sugar and syrup, and harvested wild rice. Prior to the 20th century, the Ojibwe lived in wigwams and traveled the waterways of the region in birch bark canoes. Ojibwe communities were historically based on clans, or doodem, which determined a person's place in Ojibwe society. Different clans represented different aspects of Ojibwe society; for example, political leaders came from the loon or crane clans, while warriors were traditionally from the bear, martin, lynx, and wolf clans. Ojibwe theology centers on a belief in a single creating force but also incorporates a wide pantheon of spirits that play specific roles in the universe.

Among the Ojibwe, honor and prestige came with generosity. Ojibwe culture and society were structured around reciprocity, with gift-giving playing an important social role. During a ceremony reinforced with an exchange of gifts, parties fulfilled the social expectations of kinship and agreed to maintain a reciprocal relationship of mutual assistance and obligation. Many fur traders, and later European and American government officials, used gift-giving to help establish economic and diplomatic ties with various Ojibwe communities.

During the period of Dakota-Ojibwe warfare, Ginebig-ziibi (the Snake River) was a contested boundary. The region was of great interest to traders in the early 1800s and companies vied with each other to gain trading relations and business dealings with the Ojibwe. By the middle of the 1800s, the Dakota and Ojibwe abandoned their conflict as both tribes were overwhelmed by challenges posed by the surge of European American settler-colonists. The collapse of the fur trade economy, land dispossession through treaties, and the creation of reservations dramatically altered Ojibwe lives and left them with a small portion of their original homelands at the end of the 1800s. The most populous tribe in North America, the Ojibwe live in both the United States and Canada and occupy land around the entire Great Lakes, including in Minnesota, North Dakota, Wisconsin, Michigan, and Ontario. The seven Ojibwe reservations in Minnesota are Bois Forte (Nett Lake), Fond du Lac, Grand Portage, Leech Lake, Mille Lacs, White Earth, and Red Lake. 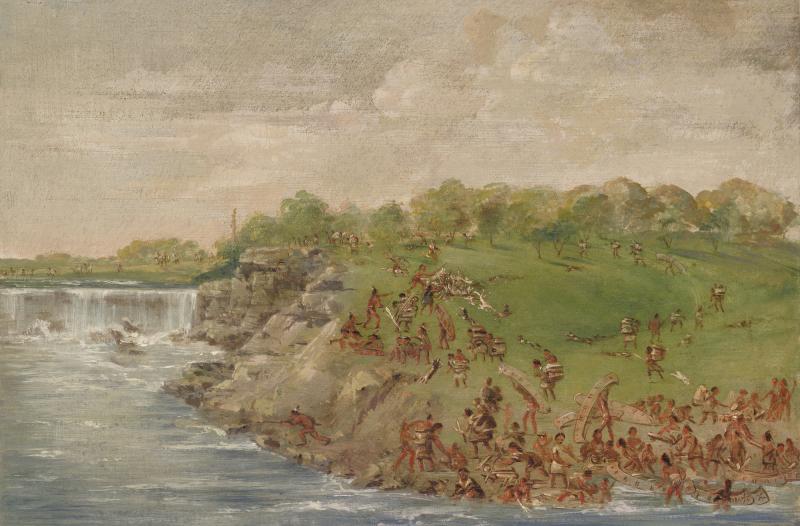 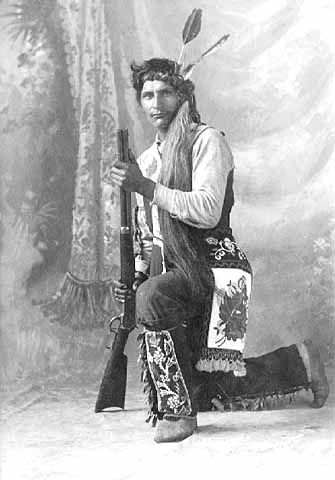 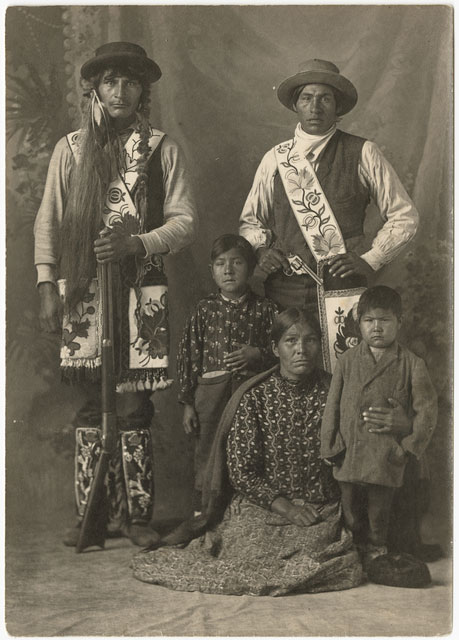