The land on which the Snake River Fur Post was constructed in 1804 was, and still is, Ojibwe homeland. When the post was built, the Ojibwe had already held a powerful position in the fur trade for over 175 years. Their homeland and influence reached from the Great Lakes, west to the Great Plains, and north to the homelands of the Cree and Assiniboine. With the Louisiana Purchase in 1803, the United States laid colonial claim to much of present-day Minnesota. However, the United States had no real presence in the region and the Indigenous peoples of the area continued to trade with British companies.

Incorporated in 1779 and headquartered in Montreal, the North West Company established commercial operations extending west to the Rocky Mountains. The company traded with the Ojibwe living in present-day Canada, Michigan, Wisconsin, and Minnesota. Eager to expand its business, and compete with the XY Company, the North West Company sent experienced trader John Sayer to the lands of the Snake River band of Ojibwe in 1804.

The Ojibwe had a centuries-long history of leveraging their political and economic power to influence when and where trading posts were established. They played the XY and North West companies against one another, prompting the North West Company to send additional traders into their lands. A North West company employee named Joseph Reaume had been trading on the Snake River since 1802 and Sayer had visited the region previously. But in 1804, Sayer was ordered to establish a more permanent band-level post to satisfy the Ojibwe living near the Ginebig-ziibi (Snake River). This area was within what the North West Company called the Folle Avoine (Wild Rice) Department of the Fond du Lac District.

Sayer had been working for British fur trade companies since the 1770s in the Fond du Lac District, southwest of Lake Superior. He was a bourgeois, a French term denoting his status as a wintering partner and stockholder with the North West Company. Bourgeois were the highest ranking employees to work directly with Native Americans. Sayer spent considerable time at Grand Portage and Fond du Lac. The Ojibwe incorporated Sayer into their kinship and cultural practices. They taught Sayer their language and the Indigenous custom of reciprocity which governed the fur trade.

An Ojibwe woman named Obemau-unoqua, daughter of a leader named Mamongazida, married Sayer and they started a family. Obemau-unoqua came from an influential Ojibwe family who lived at Chequamegon in present-day Wisconsin. Her father was a renowned hunter and war leader. After his death, her brother, Waubojeeg, rose to prominence as a leader. Obemau-unoqua also had kinship ties to the Bdewakantunwan Dakota. As the wife of a bourgeois, Obemau-unoqua held a privileged status and servants attended to her needs. She also took the English name Nancy Sayer. Marriages between Native American women and traders helped create the kinship, political, and economic ties that formed the basis of fur trade culture.

When Sayer and his party arrived in the area they were welcomed by the local Ojibwe. Gifts were exchanged, and the Ojibwe recommended Sayer’s party build a post on the banks of Ginebig-ziibi. The trading party constructed the Snake River Fur Post from October 9 to November 20, 1804. The post included a rowhouse with six rooms that included living quarters, a storehouse, and a room where trade was conducted. The rowhouse was enclosed by a stockade with a single entrance.

Through the winter of 1804–1805 the local Ojibwe trapped beaver and hunted other fur-bearing animals. Sayer’s employees spent much of their time hunting, chopping firewood, and visiting the winter lodges of the Ojibwe. Ojibwe people from communities on the Yellow, St. Croix, and Snake rivers, as well as Lake Pokegama, interacted with Sayer’s company. They represented their people’s interests and worked as hunters, trappers, and guides. Some known names of the local Ojibwe were Miqauanance, Kisketawak, Wishaima, and Shagobay. With the onset of spring the Ojibwe brought their furs to Sayer, traded for goods, and settled any debts. On April 26, 1805, the North West Company party left the Snake River Fur Post and returned to Fort St. Louis at Fond du Lac. It is unknown if the Snake River Fur Post was used after Sayer’s party departed in 1805. Eventually the buildings fell into ruin and burned. 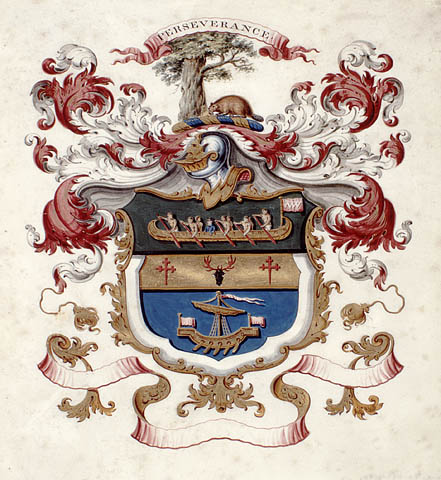 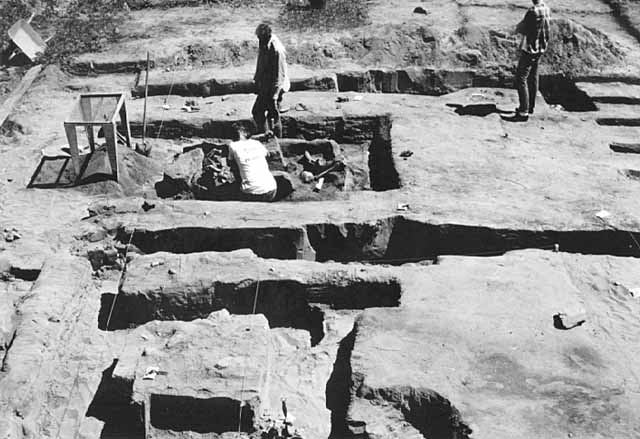