This women's circular straw hat was designed by Richard Englander, circa 1940s. The crown is woven tightly, and the brim is made up of loose straw.
Was the intent fashion? It doesn't seem like it would offer much sun protection.

Recent Acquisitions for May 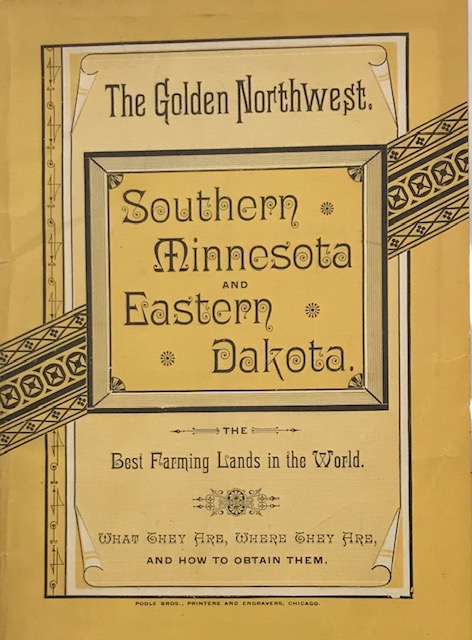 The Golden Northwest / Southern Minnesota and Eastern Dakota – Simmons, Charles E. & H. M. Burchard. This is very rare and will help build out our collection around this topic. Good condition, fair price & have private  funds to cover it. Only institution with a copy is Yale.

Reception Banquet to the State Officers and Legislature ... Visit to the Capitol of Wisconsin 1869.  Shows relationship between neighboring states, right after Civil War. Also rare, good condition & have private funds. No other institution holds a copy.

His Name is George Floyd. Written by two Washington Post reporters, it both a  biography of George Floyd and an examination of racism in America. Really timely due to the upcoming anniversary of death & protests. 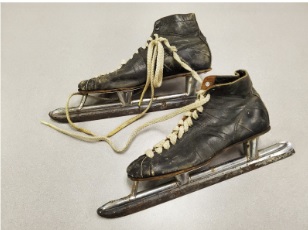 Pysanka eggs: chosen from a larger collection of eggs given as gifts between a couple. Each shows a different style. Purchased in Minneapolis from Minneapolis Ukrainian community shops/churches. One is signed by the maker. Helps build out Ukrainian-American cultural collection, with better provenance than existing collection items.

Gerald Martin workshop: these demonstrate the “third chapter” of printmaking in Minnesota; expansion of screenprinters and lithographers. Martin was one of the first independent workshops and influential in the scene. Brian selected six prints and one collage, all produced in the workshop. Very reasonable price for a strong suite demonstrating this moment in Minnesota art. Includes Bruce Nygren, Gerald Martin, Carole Fisher, Hugh Kappel, Jerry Rudquist, Julie Zick, Carl Grupp.

Institute for Agriculture Trade and Policy: international group met in 1980s in Geneva to talk about farming crises that had been significantly impacting Minnesota; Minnesotan group formed to discuss the international sustainable farming practices. Worked with WTO. Ties in with Land Stewardship project and other agricultural policy materials, this time with international focus. Helps document how agricultural policies and land stewardship have changed over the years. Will also be workin with Kate in the future to build on this collection.

Frank Trnka Honeywell Project: Project protested Honeywell’s manufacture of weapons, at height of Vietnam War protests. Frank became involved as member of Mennonite church, eventually led rest of his congregation to get involved. Papers help document the community experience. Really well documented/organized with personal notes about the experiences. Some documentation of personal life and how this project impacted him. Will be quick to catalog, has a great entry to point to other avenues of research, provides a great snapshot of time period. 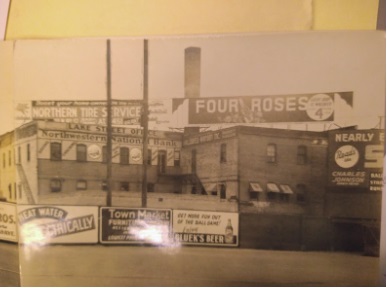 Nicollet Field billboards: panorama showing Nicollet Field in the 1940s with all of the billboards. Other photos of the field don’t show these views, shows ads for local businesses and national brands. Could be useful for upcoming ad exhibit work. Could also be useful in articles, illustrative purposes, etc.

New issues for the year 2020 were also added to a few existing current newspaper titles, available to view only in the MNHS Library.

Are you interested in specific Minnesota topics or resources you’d like to consider? Let us know! collections@mnhs.org 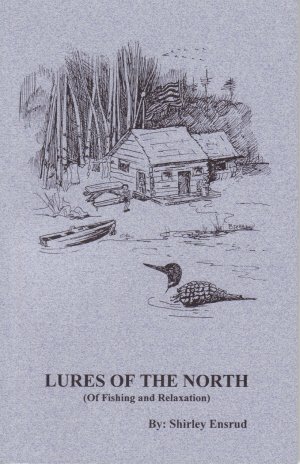 This small poetry book by Shirley Ensrud is called "Lures of the north: (of fishing and relaxing)."
The poems share the experiences of summer, fishing, and vacation. It was published in 2008. 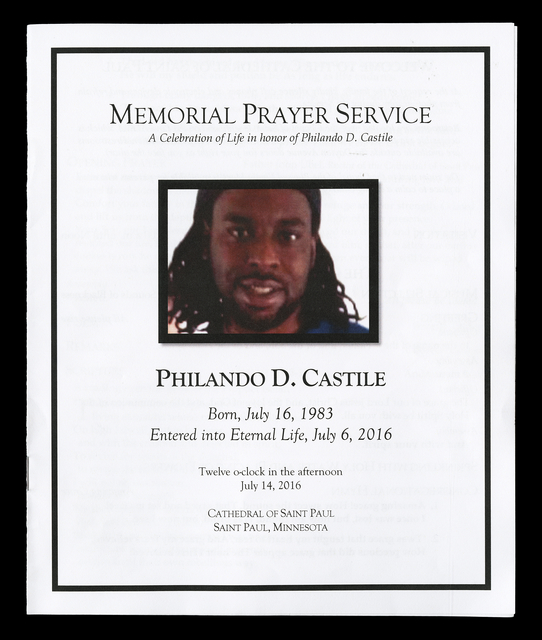 Today we remember Philando Castile, who shot and killed by police during a traffic stop July 6, 2016. 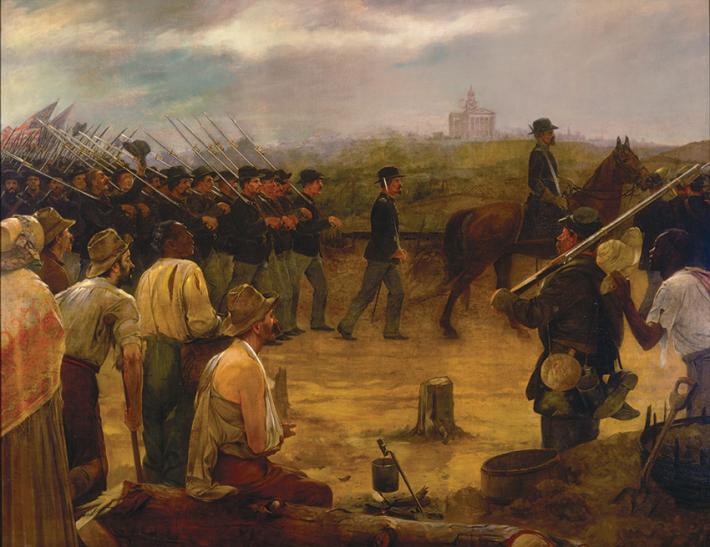 The Civil War battles of Gettysburg and Vicksburg happened at nearly the same time: July 3, 1863. The Union victory in both, in vastly different parts of the country, marked the beginning of the end of the Confederacy. Minnesota regiments played important roles in each of these battles.
Gettysburg holds a more prominent place in the collective memory, but Vicksburg was as important if not more so. General Grant’s success at Vicksburg secured Union control of the Mississippi, and led to Grant’s increasing importance.
The image here shows when the Fourth Minnesota Regiment entered the Confederate stronghold of Vicksburg, Mississippi, on July 4, 1863. 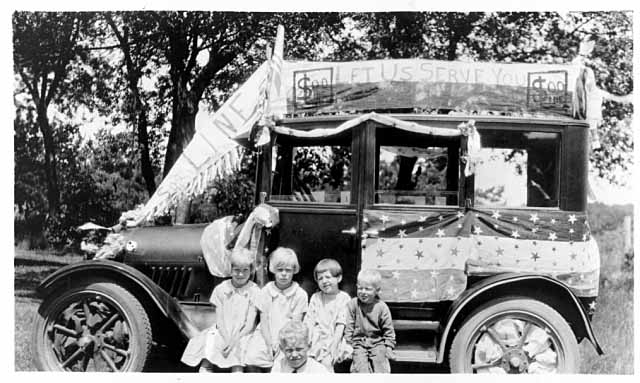 Happy 4th of July!
This photos shows children with a decorated car for a 4th of July parade in Marine-on-St. Croix, 1925. 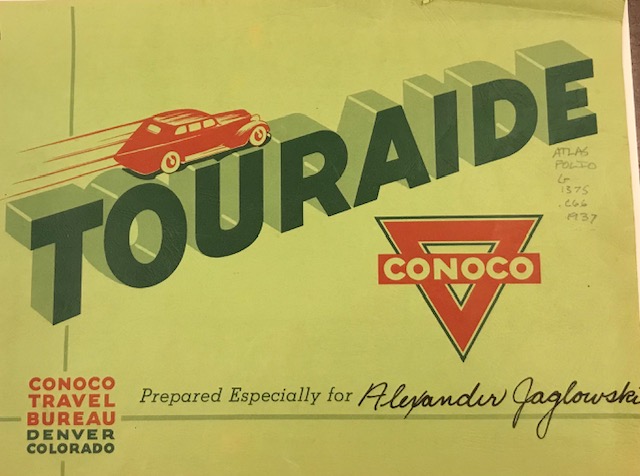 The Jaglowski family lived in Hibbing  and wanted to take a car camping trip to Glacier and Yellowstone Parks. Having a membership in the Conoco Travel Club allowed the Jaglowskis to request Conoco’s Travel Bureau to create a “Touraide,” an itinerary that included every piece of information they would need along the way, including location of Conoco gas stations!
This was created and used in 1936. 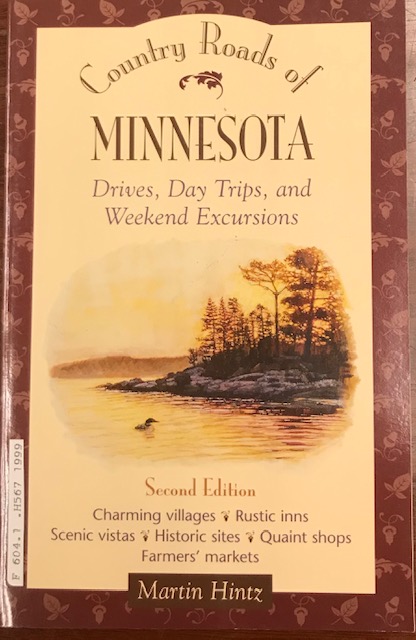 How can we talk about road trips without mentioning a guide to them?
This book is Country roads of Minnesota: drives, day trips, and weekend excursions.
It was written by Martin Hintz and published in 1999. 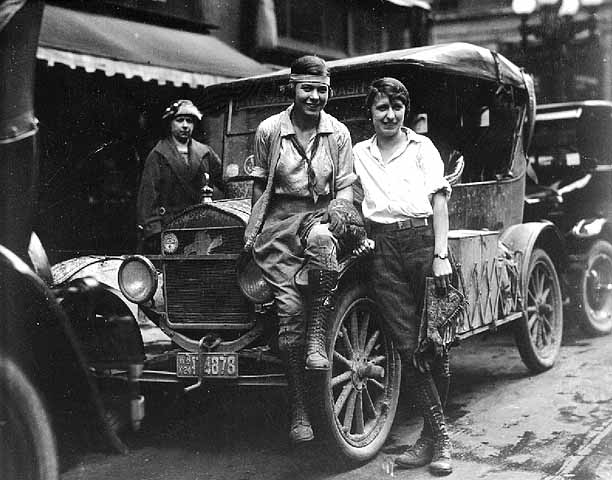 The joy of being on the road!
This photograph shows two women traveling by automobile at a stop over in Minneapolis, 1924. 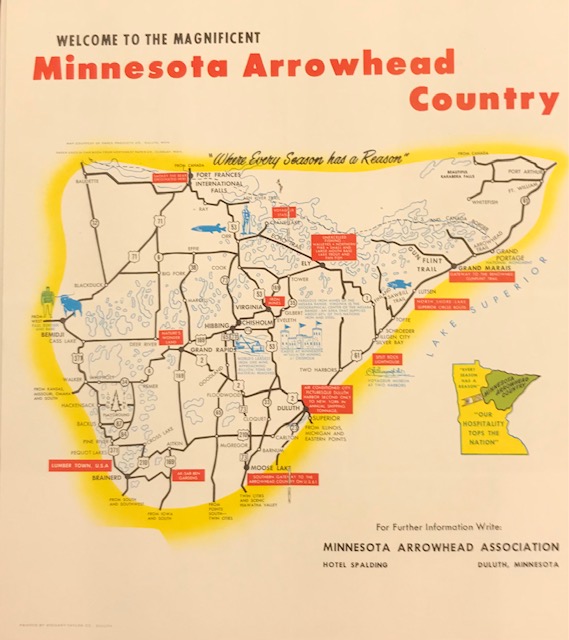 Continuing our road trip theme, this is a map of the Minnesota Arrowhead found in the middle of a tourism pamphlet from 1962.
We love the tag line at the top: "Where every season has a reason."