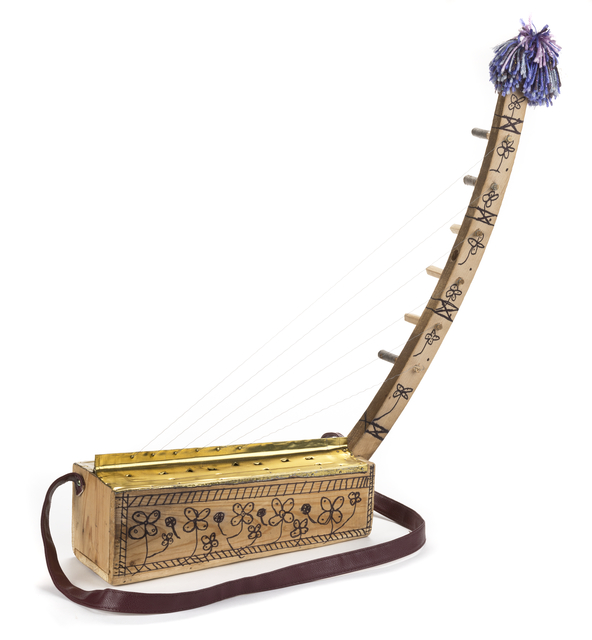 In honor of Asian American and Pacific Islander Heritage Month we are featuring this traditional wooden Karen musical instrument called "ter na kay klaw." It was made by Karen artist Tha Gay Paw and retailed at REACH Together in Saint Paul. It has a rectangular body and a long sloped neck that is decorated with black marker, a purple pom-pom, a gold metal sound hole with miscellaneous holes punched in, and a red leather strap. Tha Gay Paw made this instrument from items he found on walks, such as parts of lumber, part of a chair, a strap from a purse, yarn, wire, nails, and black marker. 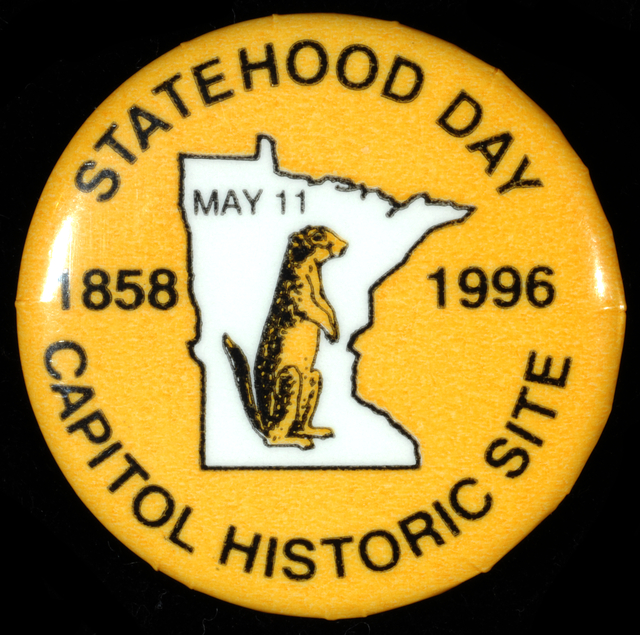 This button was made in 1996 to commemorate Minnesota Statehood Day at the State Capitol on May 11. Buttons like these were handed out to school groups and state legislators.
The gopher is particularly fun on this year's iteration. 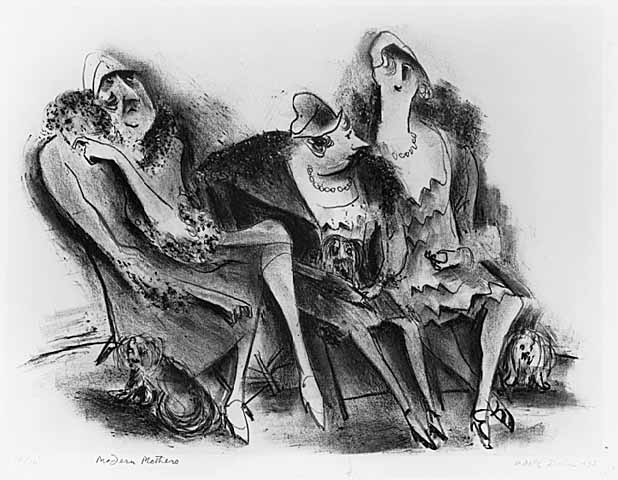 We hope everyone had a good Mother's Day yesterday!
Since mothers are worth celebrating every day, today we feature this lithograph by Adolf Dehn, titled "Modern Mothers." It shows three very stylish women sitting on chairs, each one with a small dog.
This print was created in 1928. 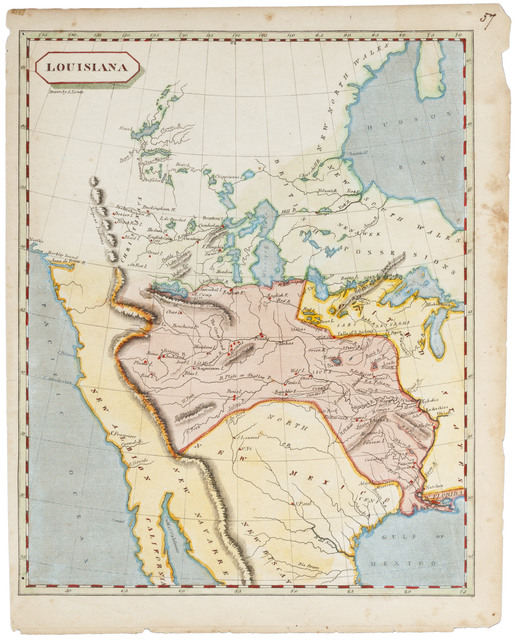 This map is titled "Louisiana." It was created by Samuel Lewis in 1804.
It is particularly interesting because it was made in the same year that the Lewis and Clark Expedition, also known as the Corps of Discovery Expedition, left from St. Louis. Also note the surprising perspective, and that it reaches up to Hudson's Bay. 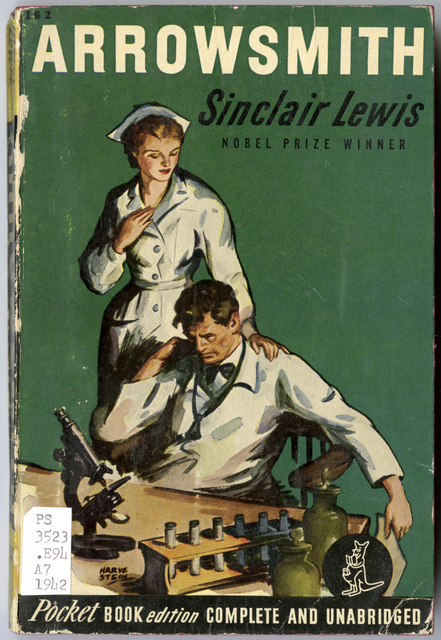 Come see this 1942 edition of "Arrowsmith" and many, many more works by Sinclair Lewis in the new exhibit, "Sinclair Lewis: 100 Years of Main Street."
It’s beautiful and fascinating! 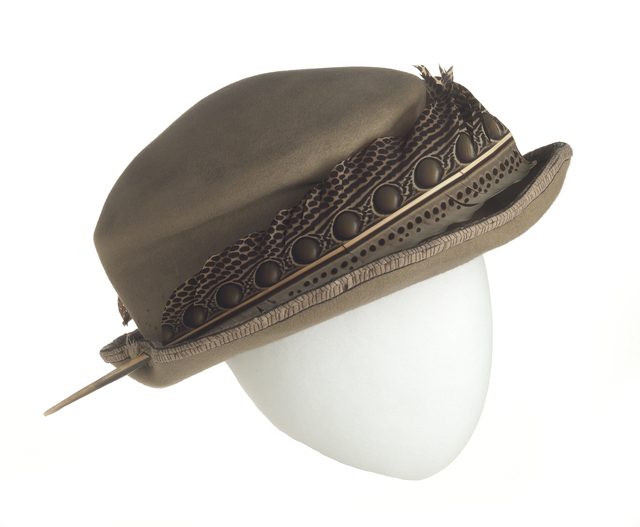 How would you describe this hat? Jaunty springs to mind.
It is a soft shape brownish gray felt hat with upturned brim, felt edging, and one large flight feather from a Great Argus Pheasant wrapped around base of crown.
Bessie Pearson of Saint Paul wore this hat in 1919. 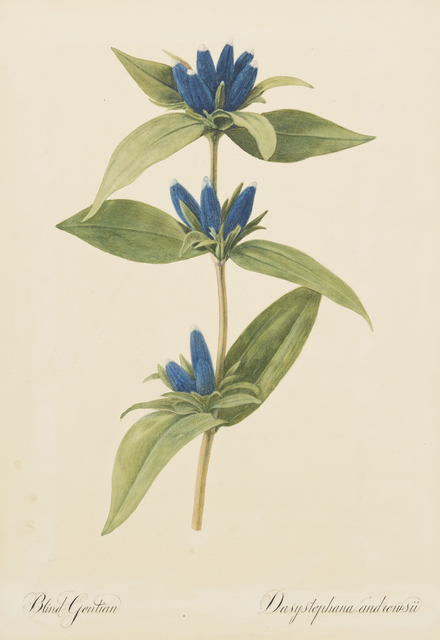 April shows bring May flowers!
This watercolor of the Blind Gentian was made as part of the WPA Art Project in 1941 by Lloyd Quackenbush.
It shows a single stalk with three showy blue flowers and large narrow leaves. The titles (including Latin) are written below. 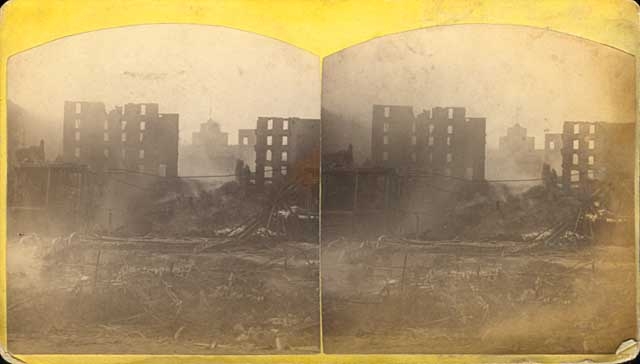 On May 2 the Washburn Crosby Mill exploded in 1878.
This stereograph is title "Ruins after mill explosion, Minneapolis." It was taken by Henry Farr.
A stereograph is a double image that becomes three-dimensional when viewed with a stereoscope.

On April 19, 2021, we lost one of Minnesota’s greatest statesmen and leaders.

Walter Mondale was born in Ceylon, Minnesota, in 1928. He spent most of his 93 in public service, starting as Attorney General and later Senator for Minnesota. He changed the role of Vice President when he served in that position; he and President Carter would work together as a team. He was the Democratic Party nominee for President in 1984. Later, he served as Ambassador to Japan.

In recent years, while in private law practice and richly deserved retirement, he still worked for the people. Mondale was incredibly generous with his time and knowledge, working with up and coming politicians as well as students in law school, graduate studies, and History Day. His commitment to students and the study of history was unwavering.

When Mondale gave the eulogy for another great Minnesotan, his mentor Hubert H. Humphrey, he said:

"While he was an international figure and a national figure, as we in Minnesota well knew, he was always a Minnesotan, and always a son of the prairie. There was something in this land and its lakes and, especially its people, that fed the springs of love, the strains of ideas, the torrents of enthusiasm, and which nurtured the special genius and the immense humanity of Hubert Humphrey... He was a special man in a special place, and I know he would want me to say today: Thank you, Minnesota."

Today, as Minnesotans, we say: Thank you, Mr. Mondale. 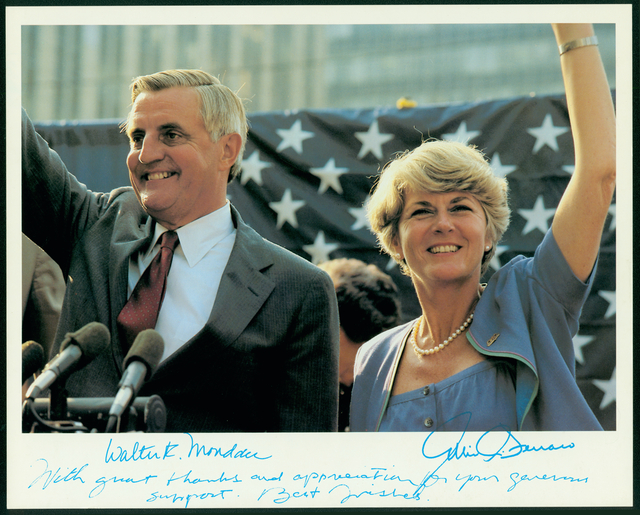 The theme of Item of the Day this week is Remembering Vice President Walter Mondale.
This photo shows Walter Mondale and his running mate Geraldine Ferraro on the campaign trail in 1984. It was the first time a woman appeared on a major party ticket.