A visit to the Minnesota’s Greatest Generation (MGG) at the History Center is not complete until you’ve experienced volunteer and Air Force veteran Ted presenting on his experience of war during the C-47 media piece. He has not only been an asset to the Minnesota Historical Society’s volunteer program, but to the experiences of visitors of all ages. Ted has played a huge role in the Jenny, the C-47, and the Huey Helicopter projects as well. Ted has been volunteering with MNHS for over 9 years and has dedicated nearly 3,000 hours.

Ted has become a huge asset and advocate for MNHS. He is deeply connected to the community where he gives presentations at senior living home, libraries, and VAs. His hope is to help establish support groups for veterans suffering the effects of war.

Because of Ted’s humility, his presentation is not about him, but the importance of honoring the men and women who serve and have served our country. Ted’s presentation does not glorify war. He offers real-life experiences so others can understand the hardships many went through. His presentation has become such a staple to MGG that people have started bringing in groups just to see Ted.

Ted is quick to credit any success he may have to the incredibly gifted and creative professional staff that surrounds and supports him. He says “their willingness to mentor, answer every question, and help guide his presentations was the key to its success. Being around them makes this a volunteer heaven.”

Ted has three main reasons why he gives the presentation. First, he does not want anyone to forget the sacrifices made during the war. Second, it is important to go to others and say thank you for their service. Lastly, it teachers the lesson that if you have something you want to do, don’t ever give up. Those who were a part of this war sacrificed their lives for children of the future to do or try anything they want.

One particular letter was written by a Hamline professor after visiting with his class. Part of the letter said, “Nevertheless I was impressed by Ted’s presentation. He brought a particular event of the war, D-Day, alive and added greatly to it by bringing attention to the unglamorous aspects of war in general, and that operation in particular. I was so impressed by his presentation that I emailed the director of the History Center to voice my belief that in Ted the Center has a treasure whose enthusiasm and energy are phenomenal.”

Volunteering at the MNHS has had a lasting impact on Ted as well. He said “I volunteer at MNHS because it meets my desire to feel useful and valued in an organizational mission that will leave the world better than I found it, and that primarily benefits my fellow human beings as a result.” 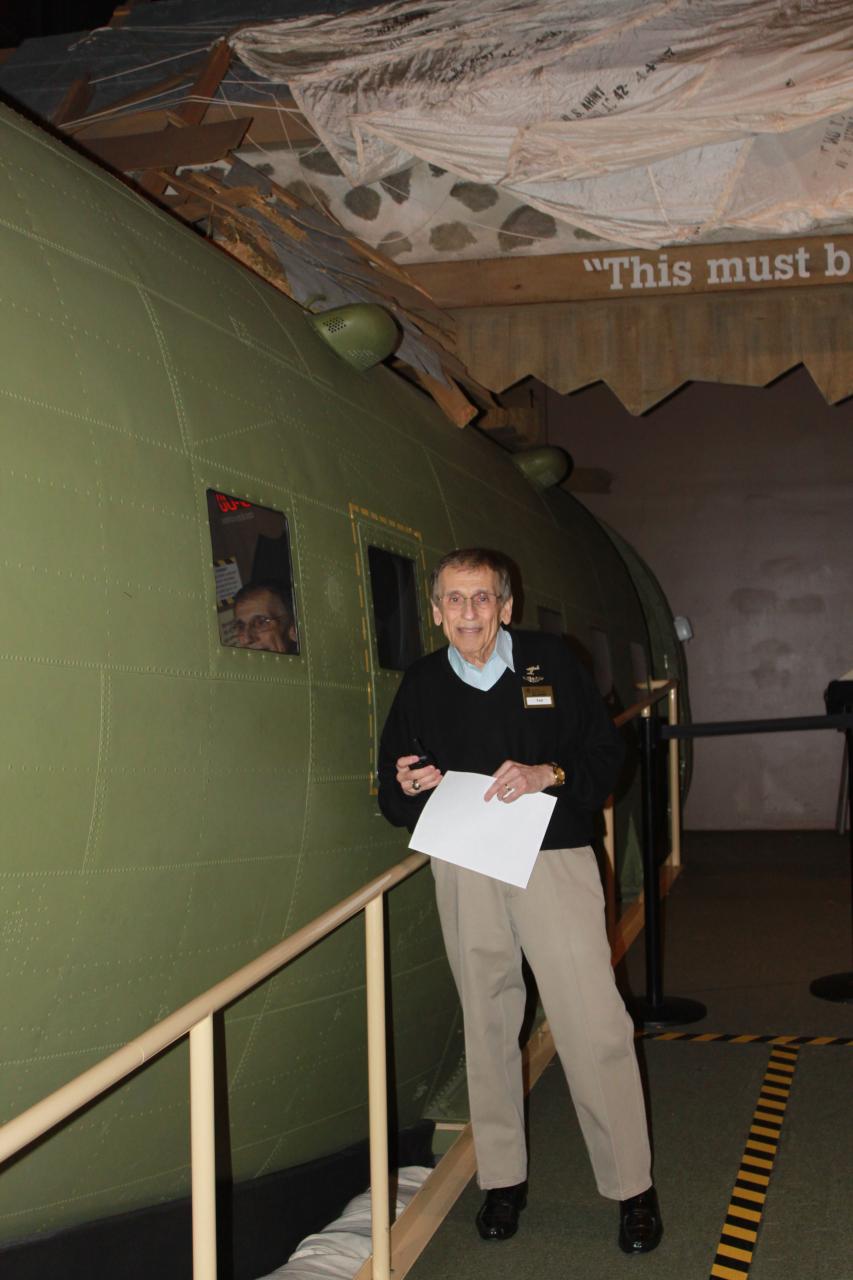