The Seven Council Fires (Oceti Ŝakowiŋ) is an overview of Dakota, Lakota, and Nakota cultural objects — totaling approximately 1,000 items — that can be found in the Minnesota Historical Society’s artifact collection.

These items range from quillwork to moccasins to buttons, and were used — or in some cases possibly used — by Dakota, Lakota, and Nakota individuals or communities. Information in these records should be considered open to further research and discussion. Read more. 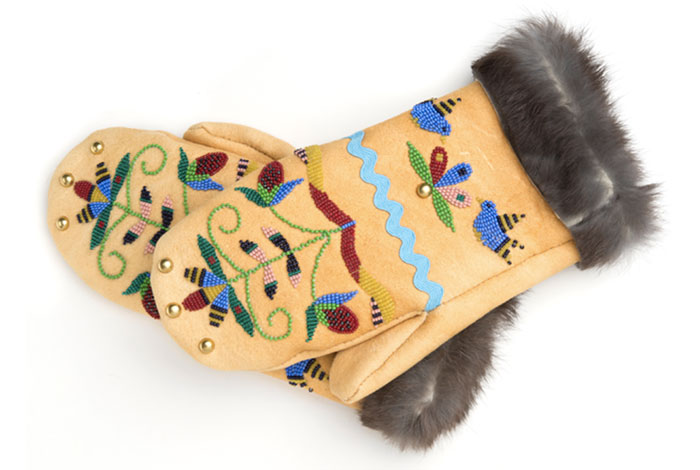 Contemporary objects are those which have been created since the 1960s. Many are from various enterprises owned and operated by the tribes.

Some of these objects are also included in other categories due to their function (e.g. clothing, containers, etc.) 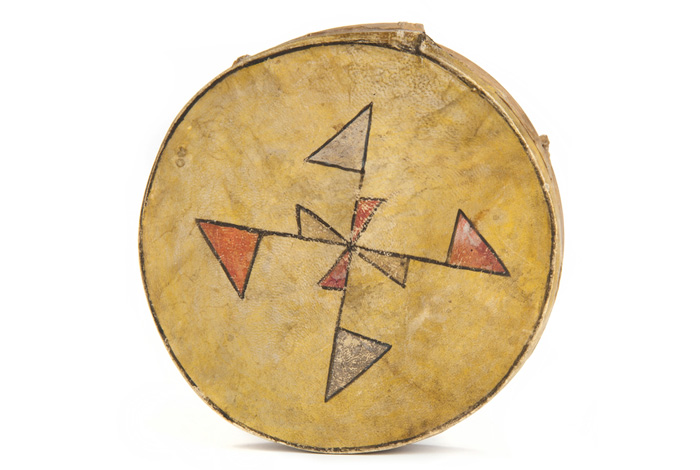 Objects determined to be culturally sensitive are not pictured here. Ceremonial objects have been categorized into groups: 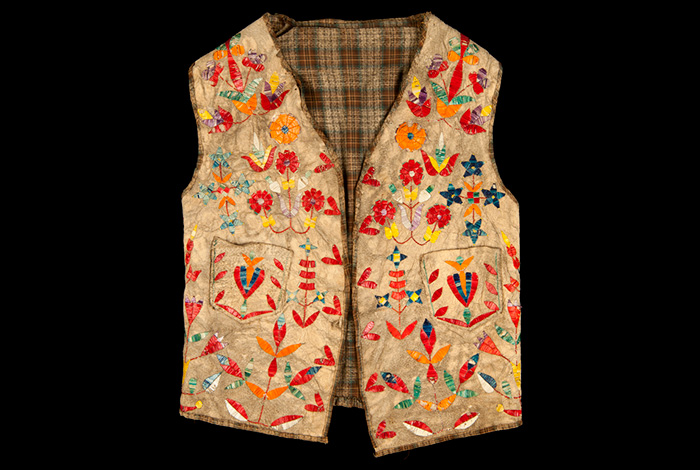 The clothing of the people of the Seven Council Fires is characterized by its intricate beadwork and quillwork. These objects have been categorized into groups: 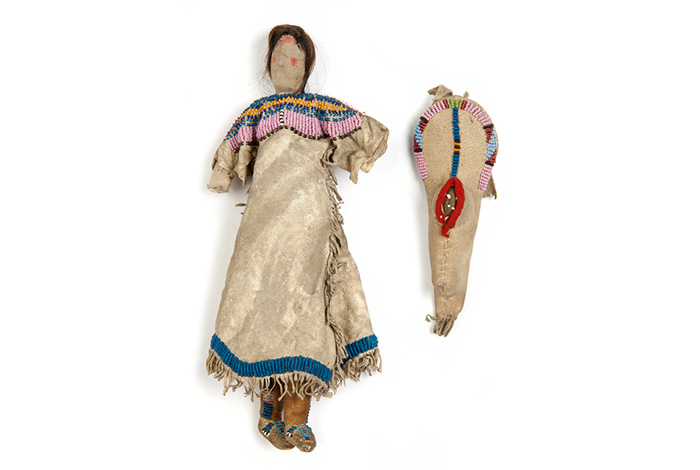 Games of chance, games of skill, and toys are a means of entertainment for adults and children. Gambling is often part of games of chance as wagers are placed on uncertain outcomes. 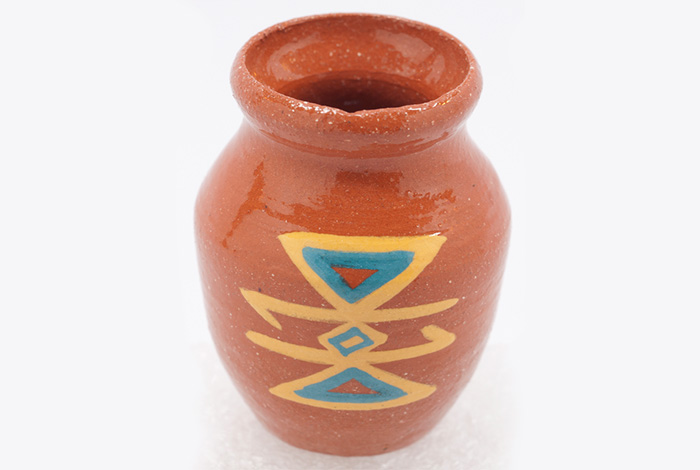 In the early 20th century, Native American individuals created items specifically for sale, either as a tourist item or for general retail. These objects were generally not made traditionally, but utilize traditional materials and techniques. 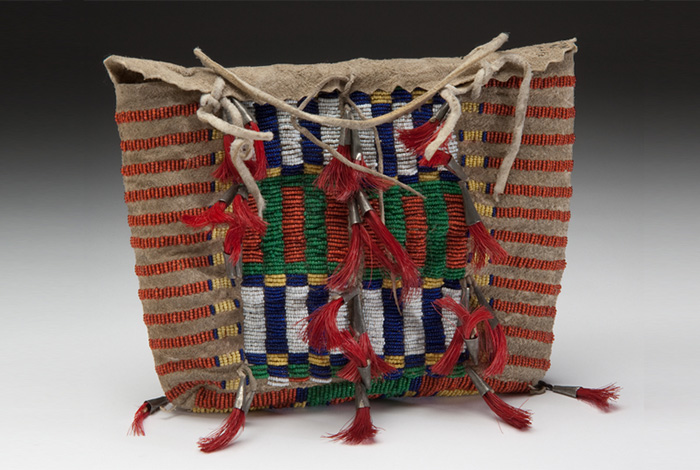 Storage objects are used to store or transport other items. 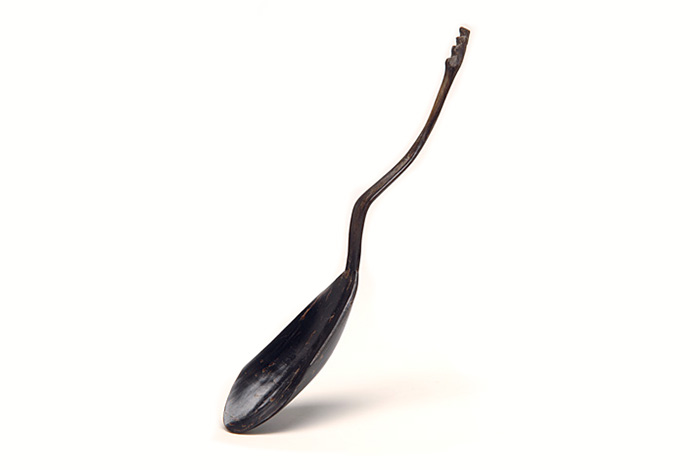 Tools and equipment include items used as part of daily life, categorized into groups: 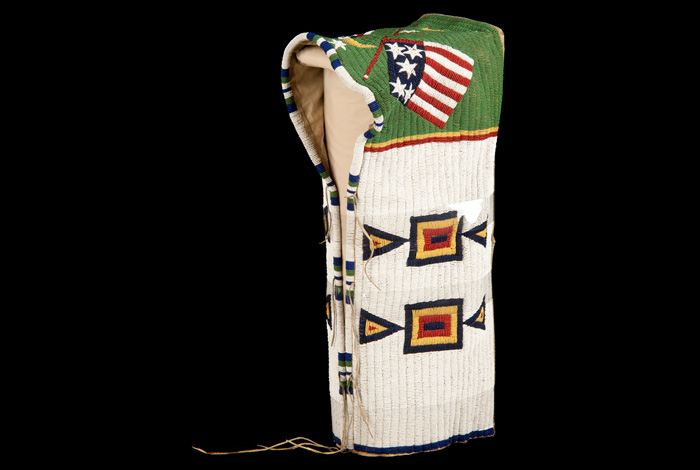 Transportation objects are used to transport goods or people. These objects also include accessories, such as paddles and whips, used in various modes of travel.

Why can't I see some images?

Some items have been determined, through consultation with Native American elders, spiritual leaders, tribal officers or lineal descendants, to be culturally sensitive. Images of these items will not be displayed here or in the Collections Online database.

Where are the rest of the collections?

To search for photographs and artwork associated with the Oceti Ŝakowiŋ, or materials associated with other Native American cultures and communities, please visit Collections Online.

What does Oceti Ŝakowiŋ mean?

Each group is a distinct but similar culture. Today, Dakota, Lakota and Nakota tribal governments and communities are located in Minnesota, North and South Dakota, Nebraska, and Montana in the United States, and Manitoba and Saskatchewan in Canada.

What does “Sioux” mean?

The term “Sioux” has its origin in neighboring indigenous languages; various interpretations explain that it may refer to “snake,”(with either positive or negative connotations), or may be derived from a phrase that means “those that speak another language.” Today, many people reject the term as being negative, while others, especially tribal governments, use it to refer to themselves and embrace it officially.

Why is “Dakota” misleading in museum records?

At various points in the past, the term “Dakota” was used academically as synonymous with the Seven Council Fires, a term meaning all divisions of the Dakota, Lakota and Nakota. Because of this, when it appears in museum records, “Dakota” may or may not refer to the Dakota division of the Oceti Ŝakowiŋ, and may reflect this former usage. In keeping with our digitization goals of transparency and inclusivity, material culture of all divisions that make up the Oceti Ŝakowiŋ — The Seven Council Fires — is included.

Beginning in 2011, approximately 1,000 items of material culture associated with Dakota, Lakota, and Nakota were reviewed and made available on Collections Online, in consultation with Dakota partners. In addition to increasing accessibility, the project's explicit goals were to publicly share all information about this material culture in the MNHS collections and to solicit feedback from knowledgeable community members in order to present the material in the most accurate way.