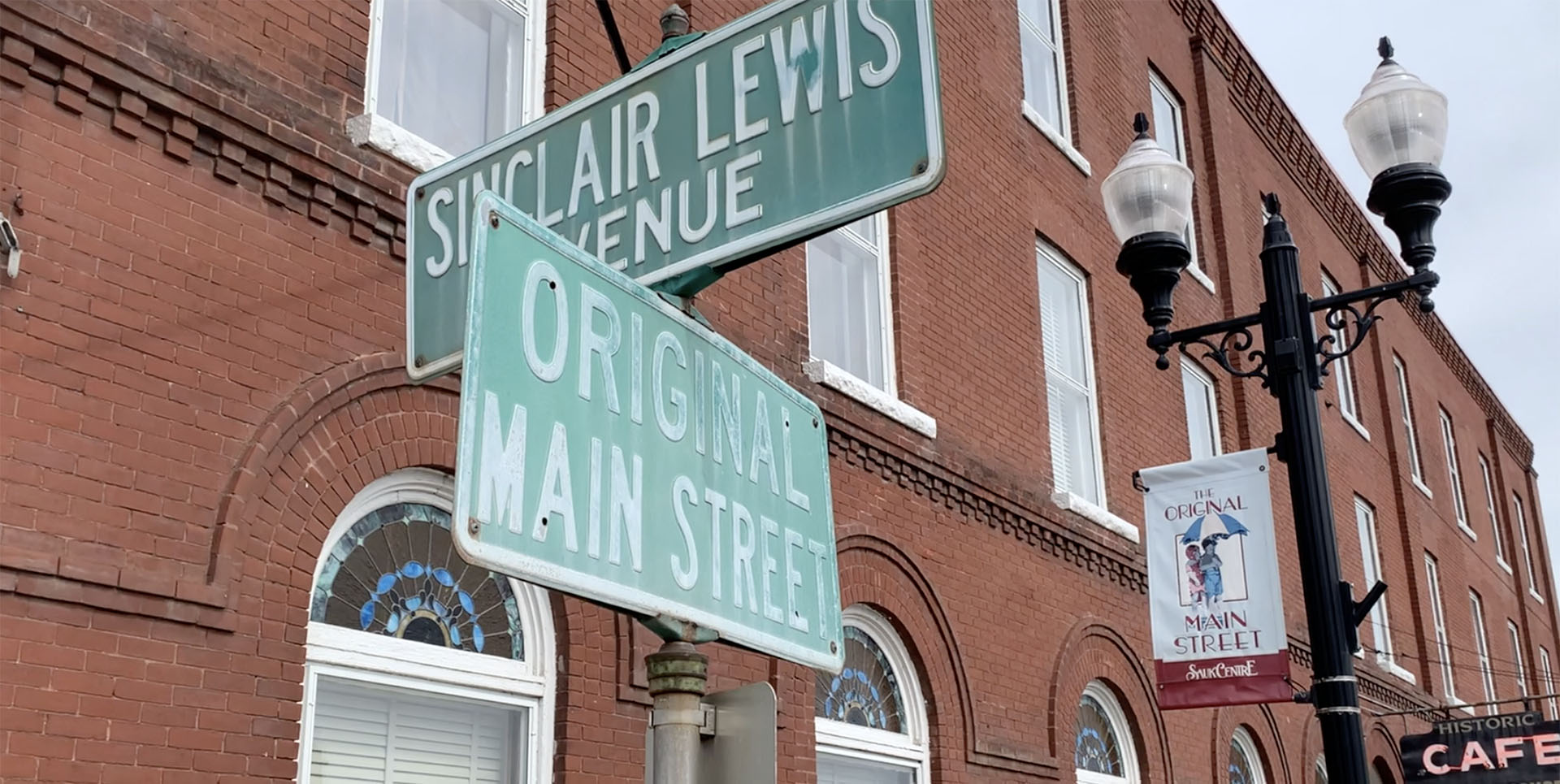 Join us on the Minnesota Historical Society's Facebook and YouTube pages for the video premiere of "City and Country: Sinclair Lewis’s Views of America."

Americans have long divided ourselves between city and country, small town and metro, each looking down on the other, but Sinclair Lewis satirized us all in his breakthrough novels “Babbitt” and “Main Street.”