W.H.C. Folsom, a lumber baron, businessman, and politician, had this house constructed for his family in 1855. The home is nestled in the Angel’s Hill historic district of Taylors Falls, which is noted for its concentration of New England style buildings.

William Henry Carman Folsom arrived in the St. Croix River valley in 1846 at age 29. Born in Maine, Folsom left his family home at the age of 15 in search of work. He took jobs as a farm laborer, logger, camp cook, and dam builder before settling in Taylors Falls. For a brief period, the area was the northern white pine center of the world. There, Folsom hoped to take advantage of the thriving logging industry and establish himself as a businessman. Folsom invested in a variety of enterprises, including a hotel, a lumber mill, and the first bridge to cross the St. Croix River. He became a respected community leader, serving as a state representative and six-term state senator. Folsom died in 1900 at his home in Taylors Falls.

Between 1840 and 1870, settlers from New England, and particularly the forests of Maine, arrived in the St. Croix Valley attracted by the timber. The rolling hills, formidable rock outcroppings, and thick forests bore a strong resemblance to their homeland, and the New Englanders built villages closely resembling those they had left.

The national architectural style of the time was Greek Revival, but homes in New England were often built without the high ceilings or shaded porches; in effect, applying Grecian detail to structures that were otherwise Georgian or Federal in style. The homes in the Angel’s Hill area are mainly a New England variation of Greek Revival. The buildings are almost all built with a frame of solid white pine covered with white clapboard and trimmed with green painted exterior wood blinds.

The Folsom House is a two-story wood clapboard home distinguished by the unusually delicate treatment of its front porches, Federal-style details, and the louvered fan lights in the pediments. The house is otherwise Greek Revival in style. Except for the portico at the main entrance, and for kitchen and bathroom updates, the house is essentially unaltered.

The Folsom House is furnished with the family’s original belongings, including a Hews rectangular grand piano, Folsom’s vast library, clothing and other personal items. Guides tell the history of the Folsom family, who lived in the home for five generations, and their influence on the development of the area and the state.

The Folsom House is a contributing building in the Angel’s Hill historic district, which was listed on the National Register of Historic Places in 1972. The district is characterized by a "homogenous group of mid-19th-century Greek Revival frame residences, public buildings, and church in the hills above the Taylors Falls business district." 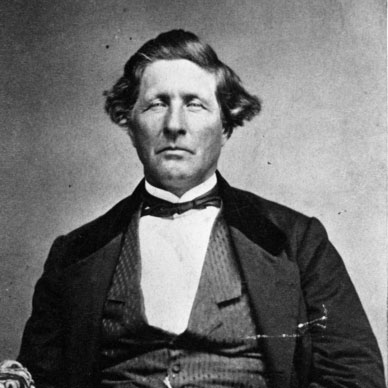 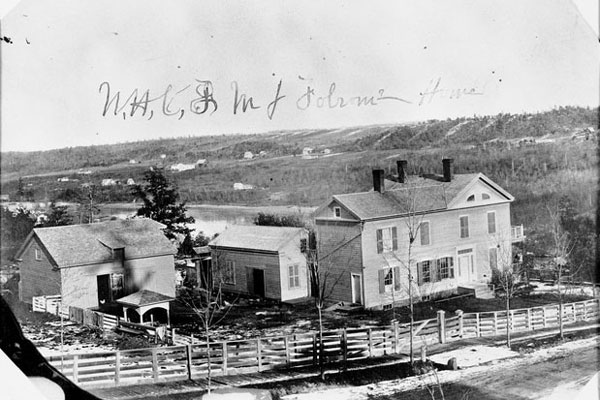