Treaties are agreements between sovereign nations. Native American nations, which are sovereign, or independent nations, as recognized by the US Constitution, entered into hundreds of treaties with the US government from 1778 to 1867. From 1785 to 1867 the US signed more than 40 treaties with the Ojibwe people.

In exchange for land and mineral rights, tribes retained hunting, fishing, and harvesting rights on the land that they had ceded. These rights were actually the lifeways of the Ojibwe, which they had been practicing for centuries and which ensured their survival. The treaties also included annuity payments, debt payments, and payments to individuals of the tribes.

Learn more about the US treaties with Ojibwe and Dakota people at the companion website to the Why Treaties Matter exhibit, which traveled throughout Minnesota in 2011-2012.

Also, explore the Treaties section of the U.S.-Dakota War of 1862 website, which focuses on treaties with both the Ojibwe and the Dakota. 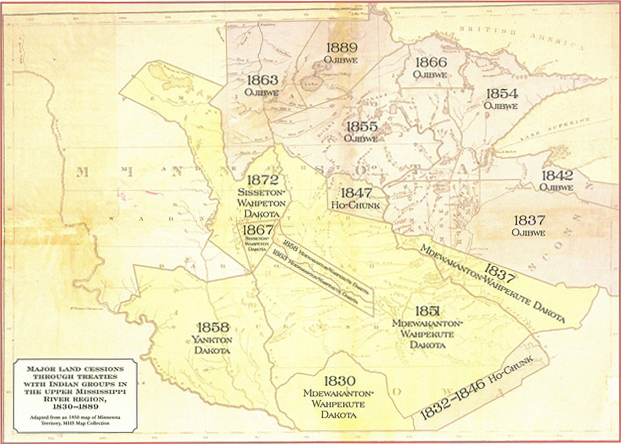