Solomon Comstock and his family helped nurture the tiny settlement of Moorhead into a thriving hub of commerce and education.

Born and raised in Maine, Comstock earned his law degree from the University of Michigan in 1869. Following job opportunities with the railroads, he moved to Nebraska, Texas, and Minnesota, finally settling in Moorhead in 1871. Three years later, in 1874, Solomon G. Comstock married Sarah Ball.

In Moorhead, Comstock established a successful law partnership and began a long career in politics. Committed to Republican ideals, Comstock served four terms as a state representative; one as state senator, and one term in the US House of Representatives.

Comstock was also a pioneer in local business, helping to drive the growth of Moorhead and surrounding regions. In 1881, he helped found the First National Bank of Moorhead. The following year he became a principal in the Moorhead Foundry, Car and Agricultural Works. Then in 1882, he joined with James J. Hill as an agent to obtain the right-of-way for the St. Paul, Minneapolis and Manitoba Railroad and to locate township sites along the proposed route.

In addition to business, Comstock was committed to developing educational opportunities within the community. In 1882, he helped to build the Bishop Whipple School in Moorhead, which eventually became Concordia College. He also donated land and sponsored a bill in the Minnesota legislature that led to the establishment of Moorhead Normal School, which became Moorhead State University.

Sarah Ball married Solomon Comstock in 1874. At home, education remained a central focus for the Comstock family. Sarah, an active member of Moorhead society, was a charter member of the Moorhead Women’s Club in 1893 and secured a donation from Andrew Carnegie to help build the town's library in 1905–1906.

The eldest daughter, Ada Louise, was born in 1876. Ada embraced the ideals of education and secured a legacy of her own. Graduating from Smith College in 1897, she went on to earn a master’s degree at Columbia College in 1899. Remaining in academics her entire career, she became the first dean of women at the University of Minnesota in 1901, served as academic dean at Smith College from 1912 to 1922, and became the ﬁrst full-time female president of Radcliffe College.

Jessie May, born in 1879, attended the University of Minnesota and Radcliffe College before becoming a school teacher in Minneapolis. Jessie May retired to Moorhead, where she cared for her aging parents. She died in the home in 1951.

George Madison was born in 1886. He graduated from Harvard University and served in World War I, eventually returning to Moorhead to become a businessman in banking, farming, and real estate. George and his wife, Frances, lived in the family home for a few years after Jessie's death, eventually donating it to the Minnesota Historical Society in 1965. 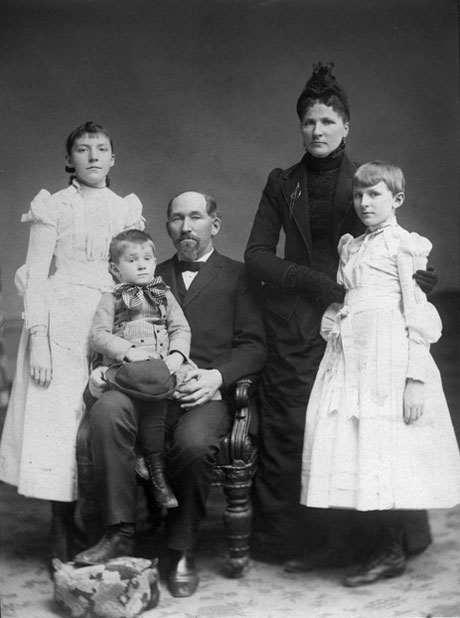