Throughout the United States today, people are having conversations about our relationship with the past. From Confederate statues to artwork in museums and public spaces, communities are struggling to reconcile a historical narrative that leaves so many stories untold.

Here in Minnesota, that conversation has largely centered on the historical relationship between the Native peoples who have lived here for more than 10,000 years and the more recent arrivals from Europe. Much of that attention has been directed to the treatment of Dakota people, who claim the land on which Minnesota was established. From this confluence of cultures came the U.S.–Dakota War of 1862, a bitter and bloody conflict that has left relationships strained to this day.

A critical look at the capitol's artwork

During the restoration of the Minnesota State Capitol, Minnesotans took a more critical look at the artwork that was commissioned to adorn the building for its opening in 1905. Much of that attention focused on two paintings that had been commissioned by capitol architect Cass Gilbert to hang in the Governor’s Reception Room: The Treaty of Traverse des Sioux and Father Hennepin Discovering the Falls of Saint Anthony.

Throughout American history, Native Americans have been depicted as uncivilized or exotic, villainized in movies and idealized as sports mascots. Here in Minnesota’s state capitol, these paintings created a century ago by European artists present Native Americans in ways that are not only insensitive, but historically inaccurate. During the course of the restoration, questions were raised:

Perspectives on the paintings

In 2014, as part of the restoration effort, Minnesotans across the state were invited to weigh in on the issues of the paintings and to express their views on how to preserve the historic building while also recognizing the need for all people to feel welcome in their center of government. A committee of legislators and citizens ultimately recommended that the paintings not be returned to the Governor’s Reception Room after they were removed for restoration but instead be placed in another location in the capitol that would allow for more interpretation.

The Minnesota Historical Society undertook the task of providing enhanced interpretation that provides a more accurate historical context. MNHS staff interviewed a wide range of people with various perspectives on the two works. Interview subjects included Minnesota state legislators, historians, experts on western art, members of Minnesota’s American Indian communities, and descendants of both the Dakota and the settlers involved in the U.S.-Dakota War of 1862. Their words illuminate the challenge of restoring the past in a building meant to represent all the people of Minnesota.

The two paintings—The Treaty of Traverse des Sioux and Father Hennepin Discovering the Falls of St. Anthony—now hang in an exhibit on the third floor of the capitol in room 317A. Visitors can see the restored paintings up close and read selected comments from the interviews. View descriptions of the paintings and watch video versions of the interviews: 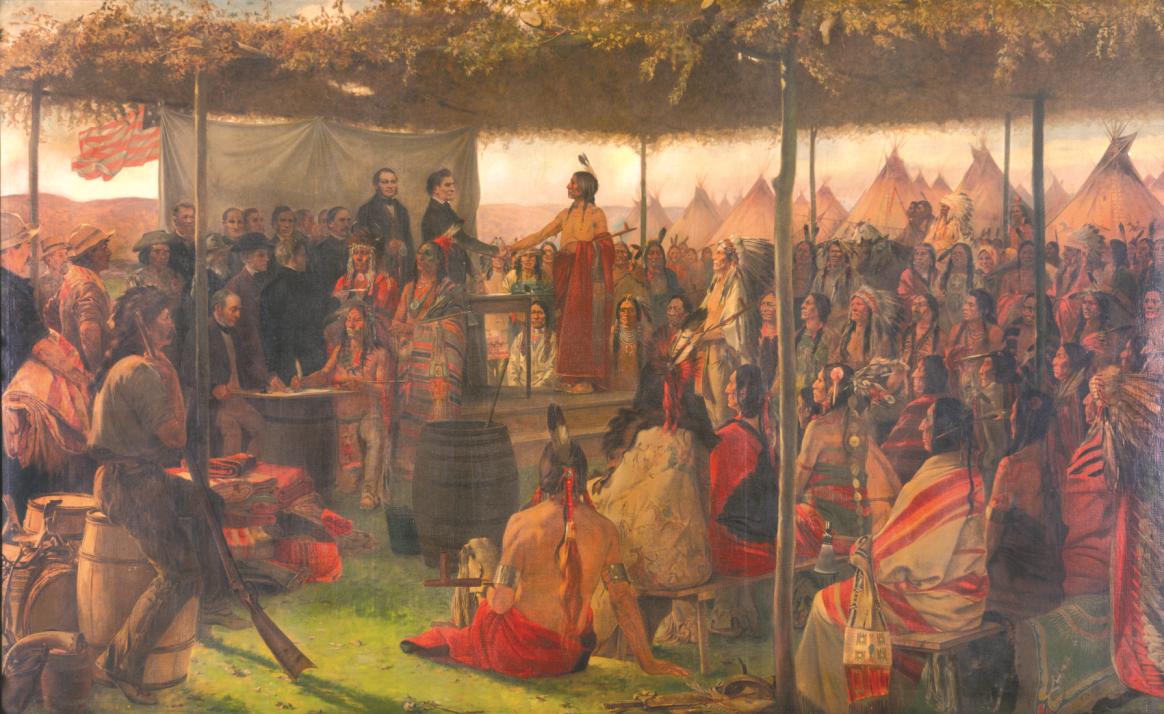 The Treaty of Traverse des Sioux 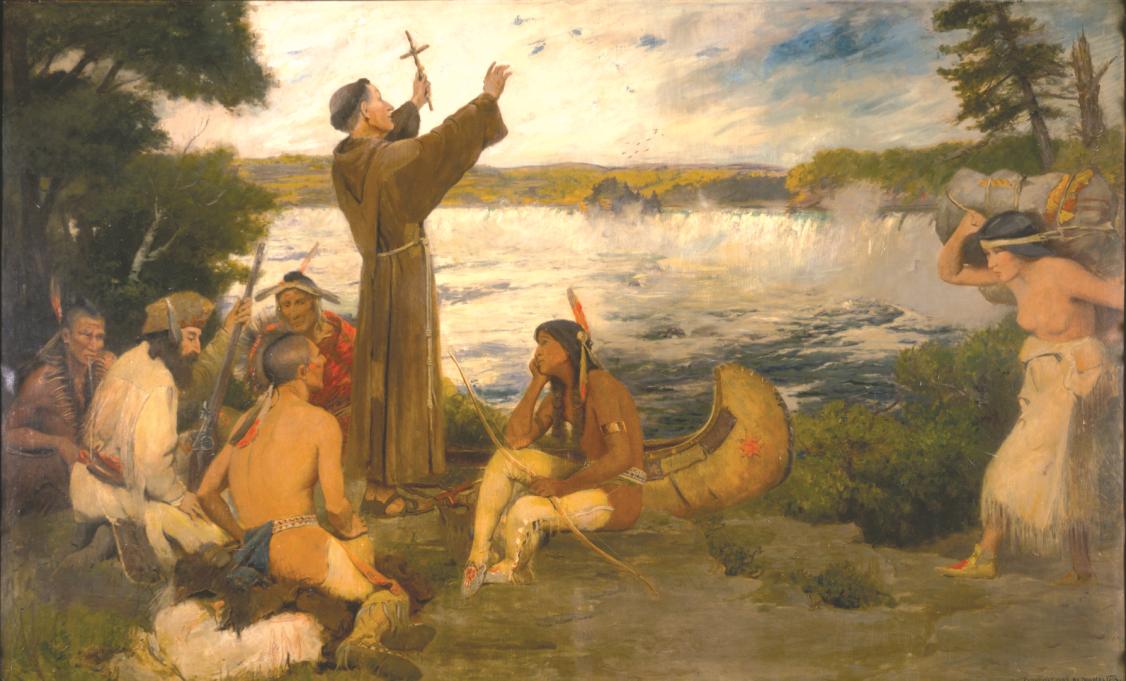 Two other paintings, Attack on New Ulm and The 8th Minnesota Infantry in the Battle of Ta-Ha-Kouty, were removed from the capitol and are not currently on exhibit.