In isolated and often harsh conditions, the lighthouse keepers worked at all hours to keep the beacon shining strong.

When the first lighthouse keepers arrived at Split Rock in the summer of 1910, it was a remote and barren place. The few trees that grew on the cliff top were cut down during construction, so the wind howled constantly.

Typically a single keeper and two assistant keepers resided at the lighthouse and kept the station operational. The lighthouse operated during the shipping season, from May to December, and shut down during the winter months. In the early years, the station was isolated by the lake with no land access, and boats with supplies and visitors proved to be infrequent. While the keepers lived there throughout shipping season, their families would often come only for short visits in the summer, leaving for their winter homes when school started. The keepers joined them in December for the annual winter shutdown. 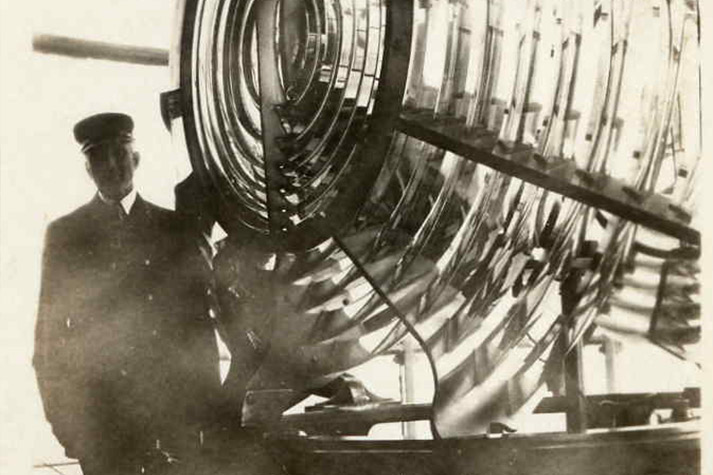 Life at the station

The life of the keepers was tough. Throughout the night, the keepers and assistants kept watch in four-hour shifts. During the day, they monitored the weather. Whenever visibility dropped below about five miles, the men stood the daytime watch in the fog signal building, sounding the foghorn at 20-second intervals.

Because the lighthouse was far from supply depots in Detroit and Duluth, the keepers had to be skilled at repairing as well as operating the equipment. On top of these duties, the keeper functioned as an administrator, bookkeeper, and, eventually, tour guide. 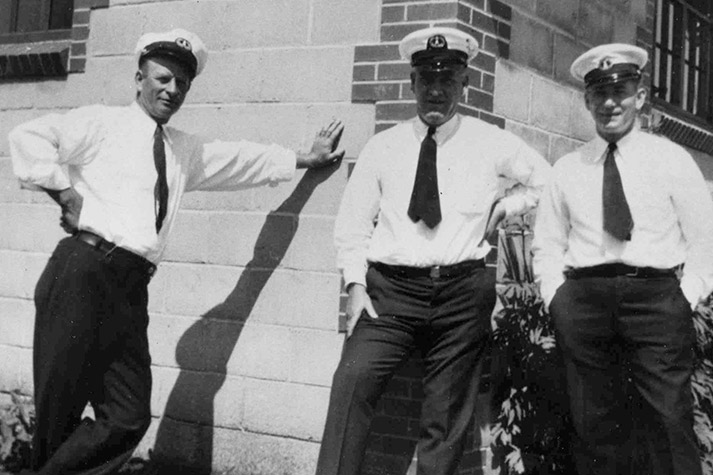 Although the station was one of the most isolated on the Great Lakes when it was commissioned in 1910, the U.S. Lighthouse Service had a long history of supplying remote stations.

At Split Rock, they adapted the steam-powered hoist and derrick used for raising construction supplies and instead used it to hoist freight from the tenders, or supply boats. However, delays due to wind and waves made it hard for the tenders to use the hoist and derrick system without causing further delay to their schedules. They needed a new method that didn't require calm weather, a rarity on stormy Lake Superior.

In 1915, the Lighthouse Service began construction on a tramway at the southern end of the station. The elevated railway, completed in 1916, hauled supplies on a flat car up the hill from the dock where the tenders were moored. An extended spur of the rail system allowed the keepers to push the carload of supplies right to the oil house and storage barns where the supplies were stored until used. 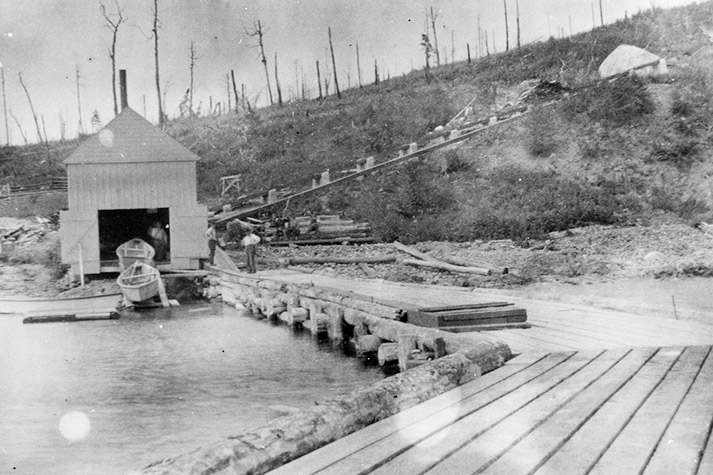 The Lake Superior International Highway was built near the lighthouse in 1924, finally making the lighthouse accessible by land. By the 1930s, the keepers and their families lived at the station year-round, the children boarding buses for school in Beaver Bay and Two Harbors and supplies arriving more steadily by road.

The keepers and their families weren’t the only ones to take advantage of the new roadway. By the early 1930s about 5,000 people visited the lighthouse each year. By 1938, Keeper Franklin Covell estimated nearly 100,000 visitors to the site. This gave Split Rock Lighthouse five times as many visitors as any other station in the service.

The Lighthouse Service required the keepers to escort any visitor to the lighthouse. To handle the growing demand, visiting hours were established and a safety fence was erected along the cliff's edge. In 1935 a new access road to the station was built, and in 1942 a gift shop opened. Public interest in Split Rock continued to grow. 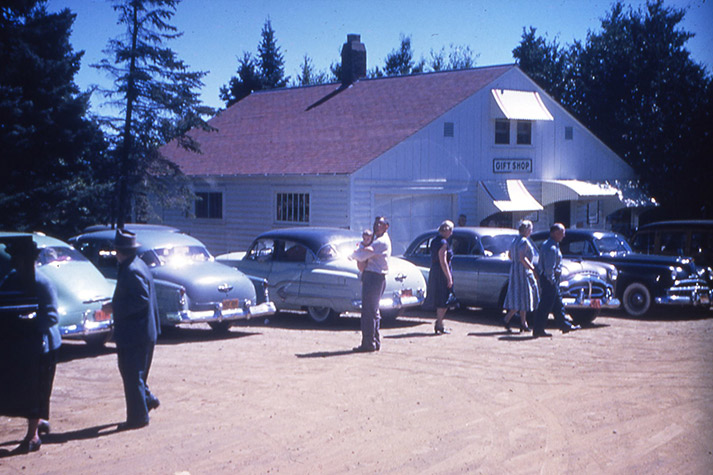