The former packing floor of the mill, now Mill Commons, now features the museum store, cafe, changing exhibits, and visitor information. The exhibits are free to the public during regular museum hours and change two to three times per year. 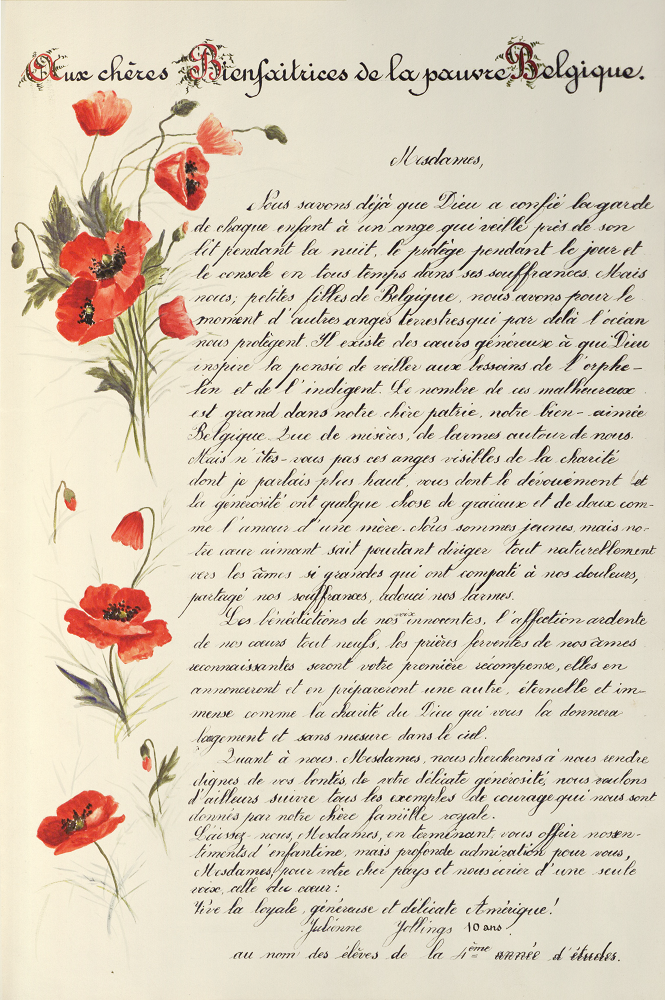 Lettres de Gratitude: When Minnesota Fed the Children of Europe

Over a century ago, with World War I tearing  Europe apart, millions of people faced starvation.

A young engineer from the United States living in London, Herbert Hoover, was asked by the Belgian Ambassador if he could help save the children of his country. Hoover organized the Commission for Relief in Belgium, the largest humanitarian effort in history which ultimately fed over 100 million people in 45 countries between 1914 and 1923.

Much of the food aid was wheat flour from Minnesota, grown by regional farmers and milled by Minneapolis companies including Washburn-Crosby and Pillsbury.

In appreciation, children of Belgium sent letters of gratitude to their benefactors in the United States. This exhibit includes letters from elementary students from Liege, and flour sacks that were embroidered by grateful Belgians and presented as gifts to members of the Commission for Relief in Belgium.

The exhibit was organized and produced by Global Minnesota.