Archaeology and the restoration of Historic Fort Snelling

Archaeology can help those in the present learn more about the past through archaeological excavations and the interpretation of the recovered materials. Archaeology was central to the development of Historic Fort Snelling as an interpreted historic site. The fort has been the focus of archaeological investigations for more than 50 years, with the first excavations occurring in 1957–58. During this time, staff of the Minnesota Historical Society (MNHS) carried out what might be the largest archaeological excavation of a military installation ever conducted in the United States.

Initial archaeological research at the site of the original 1820s military installation was conducted by John Callendar, who was hired by MNHS with funding provided by the Minnesota Statehood Centennial Commission. At the time, the State Highway Department was proposing to build a multi-lane freeway through the site of the old fort. There was considerable public concern about the devastating effect the project would have on the historic site, and concerned citizens appealed to Russell Fridley, MNHS director, to save the old fort.

When Callendar began his archaeological work, only four buildings dating to the original military settlement still stood: the Round Tower, Commanding Officer’s House, South Battery, and Officers' Quarters. The rest of the 19th-century buildings, and the perimeter wall that had surrounded them, had long since been torn down. Despite the fact that very little remained of the original military installation, Fridley recognized the site’s potential for presenting and interpreting the history of European Americans in Minnesota. To save Fort Snelling, Fridley knew he had to demonstrate that something remained of the early fort besides the four original buildings that still stood.

Callendar focused his excavations on areas near the Round Tower. Between the fall of 1957 and the fall of 1958, Callendar excavated part of the original fort wall and the foundations of the Powder Magazine, Schoolhouse and Sutler’s Store. This early investigation was considered a success because it showed that physical remains of early fort buildings persisted under the modern ground surface.

Archaeology at Fort Snelling resumed in the 1960s, after the federal government agreed to transfer most of the property to the State of Minnesota. For the next 18 years, archaeologists spent the spring, summer and fall excavating the footprints of every building that had stood inside the walls at Fort Snelling, as well as stables, root cellars, and other structures outside the walls. At the same time, researchers combed the National Archives for documents and maps related to the early years of the fort.

The information obtained about 19th-century construction methods through archaeology was used to guide the reconstruction of most of the original Fort Snelling buildings to an exacting level of historical accuracy. Artifact collections were mined for examples of contemporary furnishings, tools, and personal items, from which reproductions could be made.

Archaeology was also used to investigate the four original buildings that were still standing, after concrete floors on their lowest levels were removed. This allowed MNHS to identify how the buildings had been modified over the years and return them to their original appearance. In the Officer’s Quarters, a structure extensively remodeled in 1846, traces of the original 1820s building were discovered, hidden behind later construction. This included a set of seven root cellars, built in the 1820s, that extend under the parade ground from the lower level of the building, and are still intact today.

In 1970, Minnesota History devoted an entire issue to the story of Historic Fort Snelling, including an article about the archaeology that had been done at the site to date. In the article, the project is described as being about half done. That same year, the fort opened to the public as an interpreted historic site, telling the story of the first permanent US presence in what is now Minnesota.

The Fort Snelling Restoration Archaeology Project was essentially complete by the early 1980s. Almost 53,000 square feet had been excavated at the site of the original Fort Snelling military installation. An estimated half-million artifacts had been recovered from the site. Almost two dozen buildings and other structures such as walls and a wellhouse had been reconstructed to their 1820s appearance. 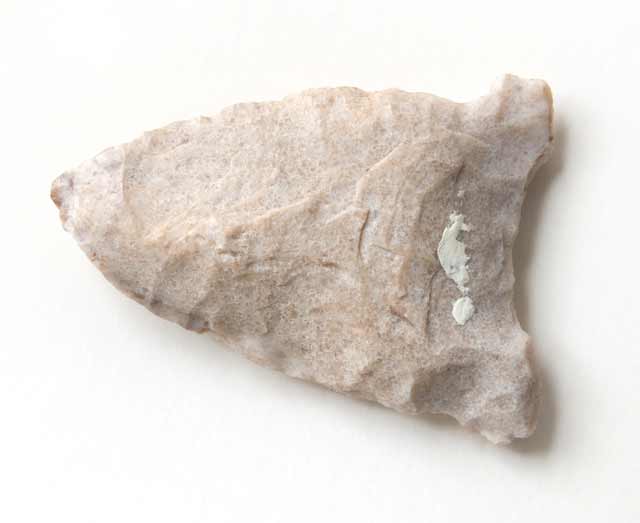 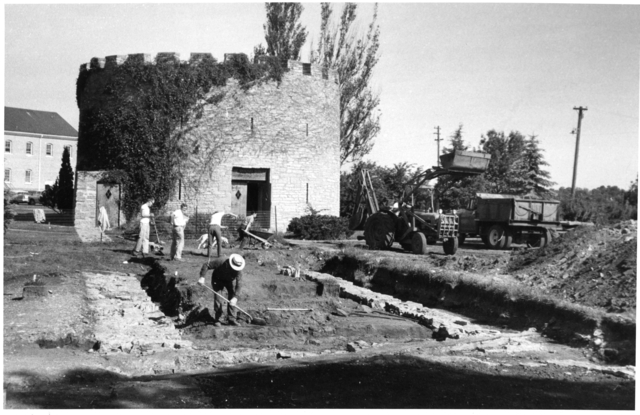 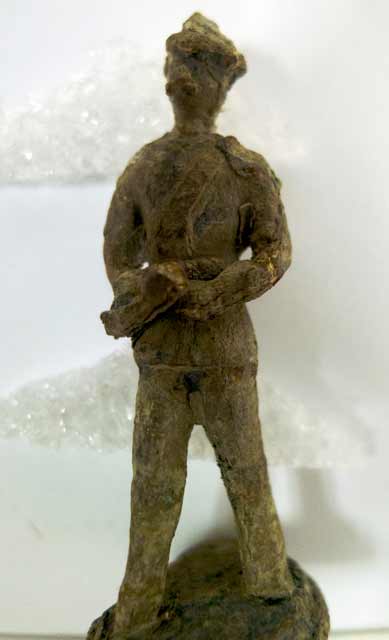 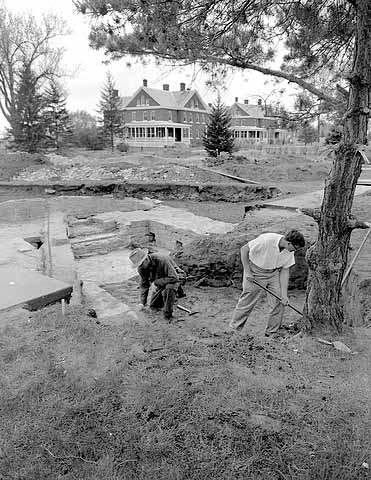