When the United States entered World War II in December 1941, Fort Snelling became the induction point for more than 300,000 men and women who joined the armed forces. At its height in 1942, the Reception Center was capable of processing approximately 800 recruits each day. Recruits were sworn into the US military, received medical examinations and vaccinations, were classified and assigned to a unit, and were issued basic equipment. Most recruits stayed at Fort Snelling for only a short time before they were transferred to other military posts to begin their basic training.

Linking the lower and upper posts with the Reception Center was an electric streetcar called the "Fort Snelling Dummy." In their off time soldiers at the fort enjoyed dances and socials, swimming pools and golfing, as well as a movie theater and post libraries run by the Red Cross.

In addition to inducting recruits, specialized units were organized and trained at the fort. Military Police were trained at the fort as well as the 99th Infantry Battalion Seperate (eventually part of the 474th Infantry Regiment), made up of Norwegian-speaking soldiers who trained to fight on skis and snowshoes. Military Railway Service soldiers trained with local civilian railroad companies in the operation of the military's railroads, going on to provide valuable logistics service in North Africa and Europe.

After 1944 the fort was the location of the Military Intelligence Service Language School, where Nisei (second-generation) Japanese Americans learned Japanese, Korean, and Chinese language and culture in preparation for overseas service as interpreters, interrogators, and intelligence workers. These soldiers played an important role after the end of the war during the occupation of Japan.

When World War II ended in 1945, more than 7,800 Minnesotans had lost their lives while serving in the armed forces. Fort Snelling was officially decommissioned as an active military post in 1946. The US military still maintains a presence on the site, with some buildings and properties being used by reservists from the US Army, Navy, Marines, and Air Force. 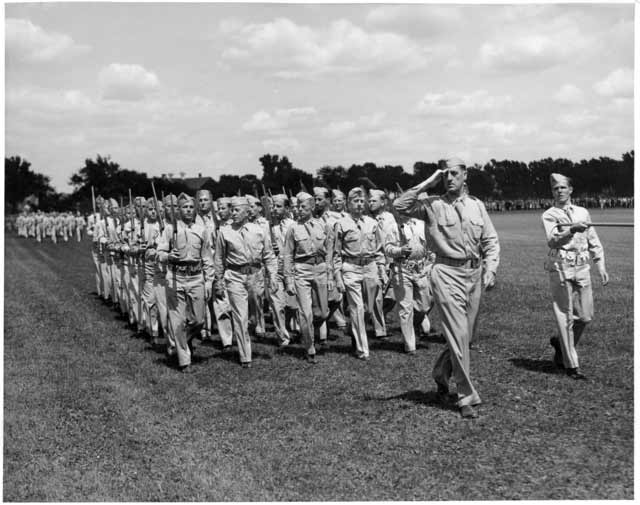 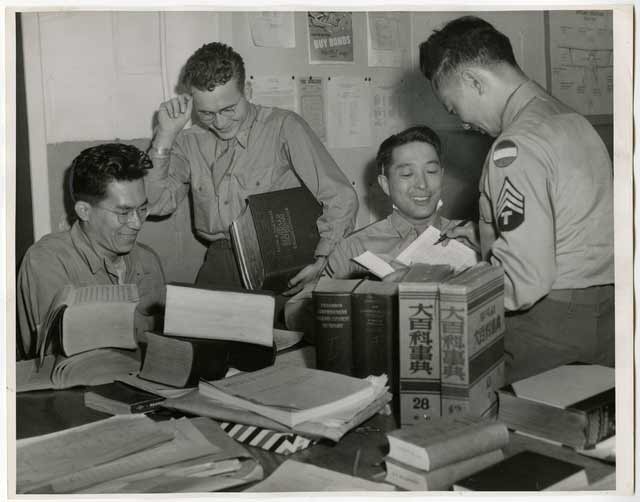