A 1,006-pipe mechanical action tracker organ stretches two stories tall on the west wall of the art gallery. The organ was installed in the house at the recommendation of the interior designers.

Renowned Boston organ-maker George Hutchings created the pipe organ when the Hill family first moved into their new Summit Avenue mansion in 1891. The instrument is a mechanical action tracker organ with 17 ranks and 1,006 pipes — a particularly distinguished example of a residential pipe organ of America’s Gilded Age.

The organ was used for family gatherings, concerts and parties. Four of the Hill daughters were married in the house, and Hill’s funeral took place there in 1916. Early concerts hosted by St. Paul’s Schubert Club made use of the pipe organ.

While the organ remained beautiful to behold, many of the instrument’s original wood and leather components had deteriorated over its nearly 130-year existence, causing air leakage and sound quality issues. In order to combat further deterioration, the organ had been largely unplayed in recent years.

In 2018 it underwent much-needed rehabilitation work, thanks to the generosity of private donors, Martin V. Chorzempa and Dr. George and Joan Fischer. This comprehensive project cost an estimated $141,000 and focused on preserving this historic instrument for the future and returning it to reliable playability.

Dobson Pipe Organ Builders of Lake City, Iowa, led the work, including completely disassembling the organ, shipping parts — including 12-foot pipes — from St. Paul to Lake City, and reassembling it on site at the Hill House. Dobson’s work involved tasks like repairing the pipework and releathering the organ reservoir and windchests. The company also designed and constructed new, historically accurate parts to replace organ components that had deteriorated. 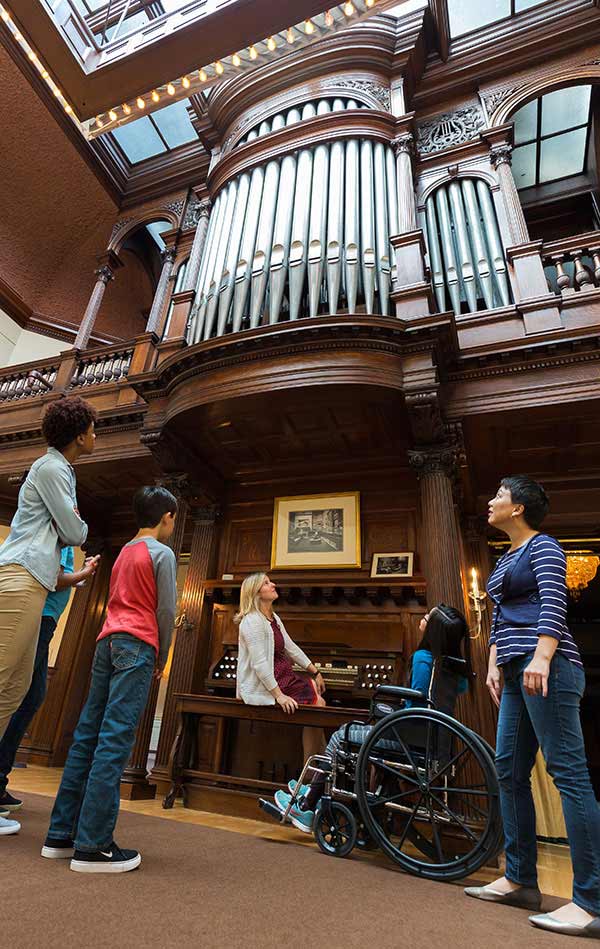