James, or Jimmy as he was sometimes called, was given his middle name in honor of his father’s early business associate and friend, Norman Kittson.

In 1878, his education began with tutor August N. Chemidlin, a Frenchman educated by the Jesuits. This was probably a compromise between the local public schools with what the Hills perceived as their Protestant bias, the fledgling Catholic schools, and his parents’ desire not to send him to boarding school. As a boy, Jimmy also took violin lessons but was not too successful.

In 1884, Professor J. W. Fairbanks was engaged to provide a thorough college prep education for Jimmy and the next-oldest son, Louis. All of their lessons were taken in the third floor schoolroom of the Ninth and Canada house. Hill, angry at poor teaching, fired Fairbanks after only a few years and enrolled his sons at Phillips Exeter Academy in New Hampshire in the spring of 1887.

The Hill boys were lodged at a private house, again probably due to the Protestant leanings of the institution, and tutors were engaged to help them keep up in their studies. James Norman was manager of the football team and did better at Exeter than Louis.

In the fall of 1889, James Norman began at Yale University. He didn’t fare well, partly due to rheumatism and continued eye trouble. He graduated in the spring of 1893, returning to St. Paul in time for the celebrations marking the completion of the Great Northern Railway.

No family members attended his and Louis’s graduations from Yale; James J. Hill was traveling in the west on railroad business and Mary, who planned to attend, was discouraged from going by her son and stayed in St. Paul.

Immediately after graduation James Norman was hired by his father as president of the Eastern Railway, a small branch of the Great Northern Railway that terminated in Superior, Wisconsin. From 1893-1898 he and Louis only received living expenses and an allowance of $75 month. However, in 1893 Hill transferred $100,000 worth of GNR stock to each of them.

In 1899 James Norman was made vice president of the GNR and did impressive work on the troublesome Montana division and the Seattle tunnel. He demonstrated good people skills and was considered bright and articulate.

James J. Hill, however, seemed frustrated by his oldest son’s inability to maintain a diligent work schedule, perhaps because of health issues, especially rheumatism. In 1901-1905 Louis began to supplant James Norman as the obvious successor to their father.

In 1905 Jimmy left active work on the Great Northern and became a director of the Northern Pacific. He moved to New York City and took up residence at the University Club there. His father gave him $300,000 to invest in a cement company that was not successful. However, a later investment in the new Texas Company (later Texaco), which was destined to become one of the largest petroleum companies of the period, made James Norman quite wealthy in his own right.

In 1912 James Norman married Marguerite Sawyer Fahnestock in a quiet ceremony in London. None of the Hill family members attended. Apparently because she was a divorcee, Marguerite was never received at 240 Summit. The couple lived in New York City and had a country home, Big Tree Farm, on Long Island until James Norman’s death in 1932. They had no children. Marguerite married twice after James Norman’s death. She died in 1948.

In his will, James Norman Hill left gifts to Phillips Exeter Academy, the Metropolitan Museum of Art, and the American Museum of Natural History, among other institutions. The James J. Hill Reference Library was the residual beneficiary of the trust Mary Hill funded for her son, a provision that totaled $445,000. 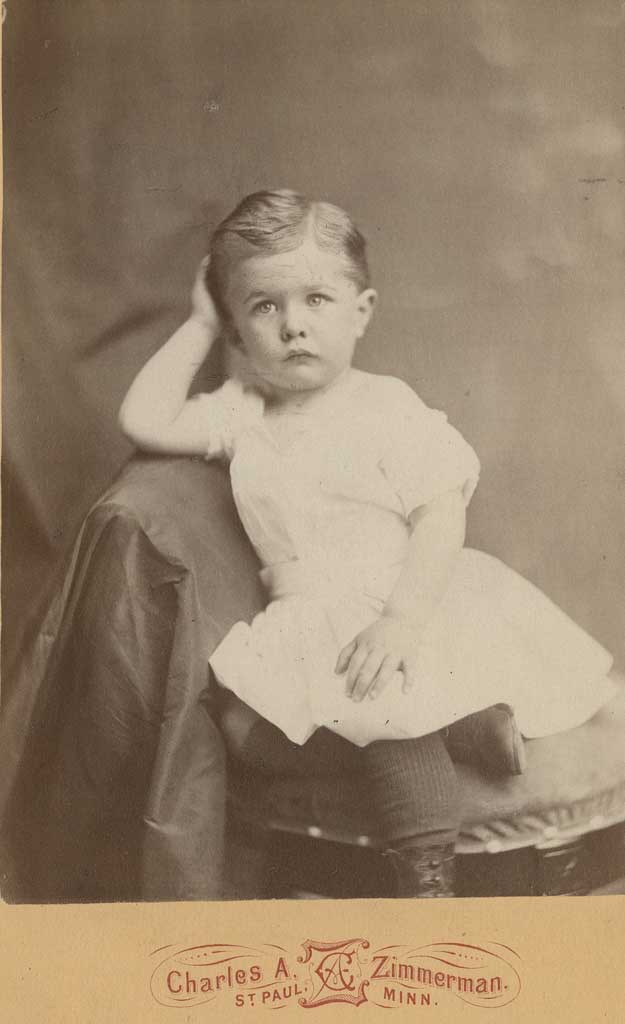